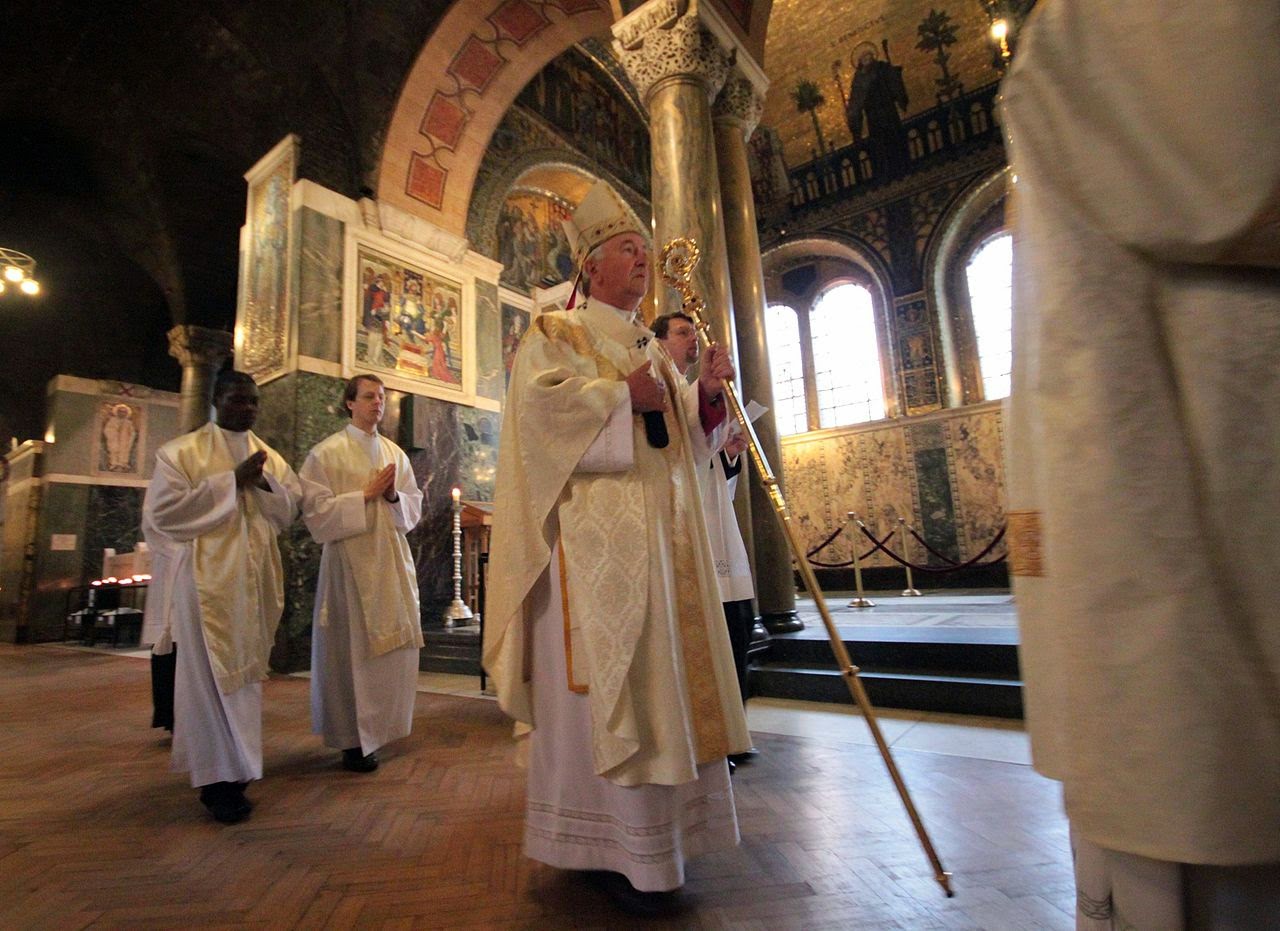 I join the chorus of dismay which has broken across the UK Catholic community this morning, at the bizarre phenomenon of a Cardinal Archbishop of the Catholic Church blatantly attempting to suppress an authentic expression of the constant teaching of the Magisterium and criticising loyal priests.


I too signed, though I regret having offended Cardinal Nichols by doing so, I thought I was being loyal to the Holy Father's call to 'open speech', parrhesia. I was deeply disturbed by the nameless 'discussion' document from the Bishops, which seemed to imply those who hold what the Church has always held are to be compared to Donatists, hardly a balanced document.

The discussion process at the Synod leaves me and many priests concerned that the discussion process in this country might itself be manipulated, especially as His Eminence himself far from being involved in a discussion either through the Bishop's Conference or in his own diocese has so frequently shown himself allied to the innovatory faction, his comments are well documented on the internet and in the press.

As in conscience I see the issues as having very serious ramifications for the family and for the Church, indeed for our understanding of the relationship of Christ and Revelation to the Church. I feel like many other priests compelled to speak out, failure to do so would be a betrayal of Christ, my priesthood and my baptism.

The "nameless 'discussion' document Father Ray refers to is this one.

Fr. Alexander Lucie-Smith is equally unequivocal about his signature appearing on the document in his blog in the Catholic Herald here.

Cardinal Nichols uses the media to criticise priests for using the media?!? I think this is a huge error of judgement, he has tipped his hand here and revealed that he has a very dodgy agenda. Those of us who have tried to think the best of him in the past now know exactly what his agenda is.

I have been deeply concerned because I recognise the links with the theology of one Charles Curran. You can get some idea of the depth of Curran's error in this article where Curran asserts that Papacy should admit some of its teachings are wrong. You might be wondering why he is professor in a Methodist university and not a Catholic one? Well  see the then Cardinal Ratzinger's letter to him in1986 and read this account of how Curran sued the Catholic University of America for wrongful dismissal.


Curran organised a full page letter of protest to the New York Times the day after Pope Paul VI's key encyclical Humanae Vitae was issued. Most of the signatories could not possibly have read the encyclical before they agreed to sign the letter (let alone understood it or its implications). Humanae Vitae lay behind the other famously revolting theologian - Hans Kung. Kung of course, had his license to teach as a Catholic theologian removed (before Ratzinger went to the CDF) mainly because he disagreed with Papal Infallibility. His book "Infallible?" argued that the Papacy could not be infallible because successive Popes had taught that artificial means of contraception is morally flawed. So both Kung and Curran end up in the same camp on both papal infallibility and artificial contraception.

Curran's chief disciple in England is Fr Kevin Kelly who was the first head of Upholland Northern Institute (UNI). Kelly is a Liverpool priest who has now officially retired - but is still plying his trade as an immoral theologian. Kelly was one of the "Catholics" who wrote to The Times supporting SSM (see this article on Protect the Pope). Fr Francis Marsden (of Chorley) has openly challenged Kelly in the Catholic Times to justify his positions - to no avail. Instead Kelly is praised by his own Ordinary emeritus.


Cardinal Nichols took over from Kelly as head of UNI having previously been a member of staff.

Once you know a thing, once you figure out where it came from, you can better understanding it and how it acts.

There is an online petition to support our priests here which I urge all to sign.