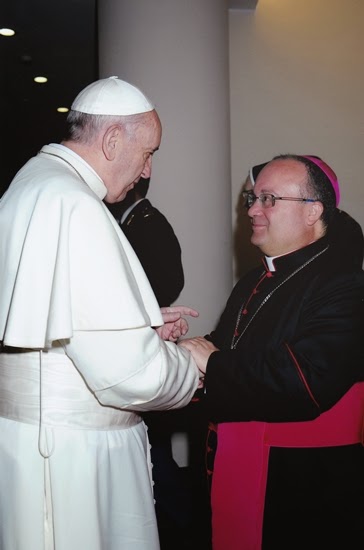 Fr. Alexander Lucie-Smith, doctor of moral theology and consulting editor of The Catholic Herald has posted in the Catholic Herald today on the wonderful news that Mgr Scicluna has been appointed Archbishop of Malta as I posted last Wednesday.

At a time of crisis in leadership in both Church and the world, Charles Scicluna has shown himself to be both brave and tough. As the Vatican’s chief prosecutor in matter of child protection, when working for the Congregation of the Doctrine of the Faith, he more of less single-handedly (it must have felt like that some of the time) took on the consensus that child abuse was not a problem, and shattered that consensus. Above all, Mgr Scicluna argued for accountability from bishops, a concept that to some seemed revolutionary. Well, in that the revolution has taken place, and that bishops are now accountable, we should all be grateful to Charles Scicluna. That there has been progress is undeniable; and that progress owes much to the new Archbishop of Malta.

The Church in Malta now has a world class bishop to lead it. Some said, when he was sent home to Malta from Rome to be auxiliary bishop, that Mgr Scicluna was being demoted, and that hose who had protected abusers in the Vatican were getting their revenge. They will not say that now, one hopes. Moreover, he is still young, in ecclesiastical terms, and perhaps in a decade or so he may be back in Rome leading a major Roman dicastery