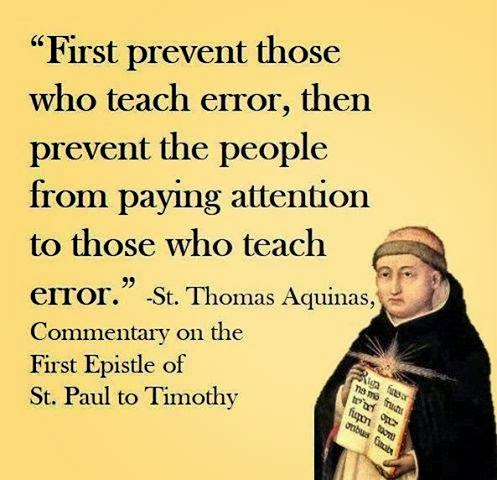 Cardinal Timothy Dolan has been someone I have really looked up to as a true Catholic leader for some time. Just search my previous posts. I have stuck up for him on numerous occasions, and defended him against attacks directly, for example after this post I was contacted by Michael Voris who wanted me to go on air with him and discuss it.

Recently though...Well...If I'm being honest, since the dawn of the new papacy, I have been growing increasingly worried about my favourite American prelate and some of things he says. I have started wondering why his tone seems to have changed so much. If one were really cynical, one might say he is (wrongly) interpreting Pope Francis as someone who is going to change Church teaching, and jumping on the bandwagon. 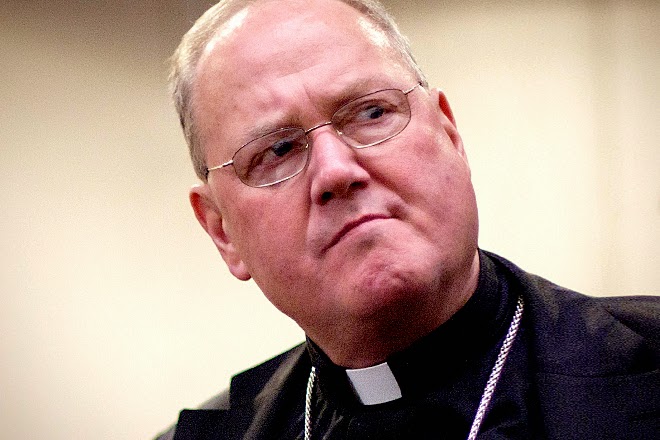 And so it seems with this latest bit of news, where, in an interview with CNN, Cardinal Dolan said Islamic State militants terrorising the Middle East are a distortion of “genuine” Islam much as the Irish Republican Army was a “perversion” of Catholicism. These comments do seem to reflect similar statements about the Islamic State group from Pope Francis, as well as one of the most controversial elements from his Apostolic Exhortation, Evangelii Gaudium which I discussed in some detail here.

They also echo some of President Obama’s controversial remarks on Islam, Christianity, and the history of violence carried out in the name of religion.


“The IRA claimed to be Catholic, they were baptised. They had a Catholic identity. But what they were doing was a perversion of everything the Church stood for.”

Yes it is certainly likely true that all (?) of the IRA were Catholic, but how much of a parallel can one really draw, and what is the purpose of such a parallel? It seems obvious to me that the purpose is to say, "look, we're just as bad as they are." But are we? The IRA was fighting for a united Ireland. Their goal was geographical and the fact that they were culturally Catholic was neither here nor there. ISIL are drawn from a broad demographic united under an Islamic banner whose avowed intent is the establishment of a new Caliphate, that is a form of Islamic government led by a caliph (Arabic: خَليفة‎ khalīfah—a person considered a political and religious successor to the prophet Muhammad and a leader of the entire Muslim community.

In June 2014, ISIL published a document in which it claimed to have traced the lineage of its leader al-Baghdadi back to Muhammad, and upon proclaiming a new Caliphate on 29 June, the group appointed al-Baghdadi as its Caliph. As Caliph, he demands the allegiance of all devout Muslims worldwide, according to Islamic jurisprudence (fiqh). ISIL is a Salafi extremist group which follows an extreme interpretation of Islam, promotes religious violence, and regards those who do not agree with its interpretations as infidels or apostates (takfiri). It aims to enforce these beliefs on pretty much everyone and it has demonstrated its resolve to use violence in order to do so.

Was it ever the aim of the IRA to spread the Catholic faith or to found a Catholic State run by Canon Law? The parallel is utterly ridiculous. It is however valuable to recognise that fanatical faith is not the sole factor that drives young men to go to fight for ISIL. Some of them have been arrested with copies of Islam for Dummies in their possession, demonstrating that they were radicalised by something other than a true devotion to Islam. Many who have gone to fight have been ignorant of Islam, instead they seek Jihad; a purpose. They are manipulated by IS and the ideology used to radicalise them is Islam. They are taught a them and us mentality by Salafists who fill them with hatred for the West and the "Great Satan"-- America.

I have to shake my head at such fluffy headed nonsense. I can see that it aims to defuse religous intolerance (I assume- I can't see any other use it would serve) but we do need to similarly acknowledge that followers of Islam, be they good or bad, follow a heretical/ erroneous ideology and need to embrace Christ! This should be our goal and aim. To this end we should be hilighting the obvious errors in Islam. I refer you, good reader, to Dominus Iesus:


The Church's constant missionary proclamation is endangered today by relativistic theories which seek to justify religious pluralism, not only de facto but also de iure (or in principle). As a consequence, it is held that certain truths have been superseded; for example, the definitive and complete character of the revelation of Jesus Christ, the nature of Christian faith as compared with that of belief in other religions, the inspired nature of the books of Sacred Scripture, the personal unity between the Eternal Word and Jesus of Nazareth, the unity of the economy of the Incarnate Word and the Holy Spirit, the unicity and salvific universality of the mystery of Jesus Christ, the universal salvific mediation of the Church, the inseparability — while recognizing the distinction — of the kingdom of God, the kingdom of Christ, and the Church, and the subsistence of the one Church of Christ in the Catholic Church. —Dominus Iesus n. 4.

Please Cardinal Dolan, have a word! This sort of thing is just not you! Please join me in praying for Cardinal Dolan and all our shepherds!

Perhaps the last word should come from an ex-Muslim: