March 13, 2015
Being a Disciple of Jesus Christ takes great courage in this day and age. For some, it means sacrificing your very life: 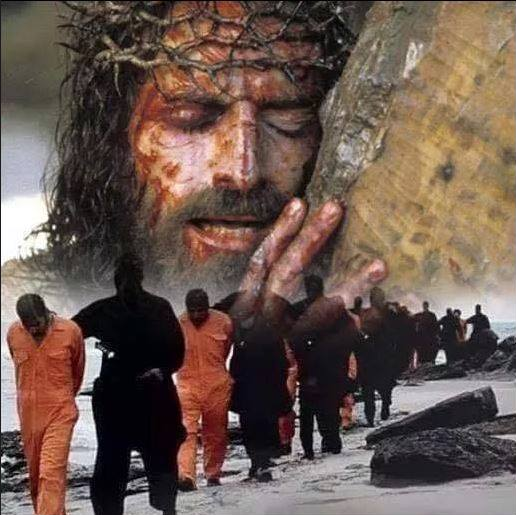 In the UK today, we are not (yet) asked to pay such a price to follow Him. But we need courage none-the-less, because though our enemy does not wield a knife and desire to kill us for believing in Christ, we instead face apathy and a society that says there is no real reason or meaning to life, and human beings are nothing more than highly evolved animals.

Any organism living in an environment has to learn to adapt to that environment if it wants to survive. If we look at the Church in the UK, we can see the result of its having coexisted with this lazy thinking on it. In fact, it is sick with it, like a particularly virulent virus, its' sickness infecting every part. Weak leadership effects the Church just as it would a business. The faith is not taught, not passed on. We do not engage on a social level in any meaningful way, substituting platitudes about welfare for the dramatic social teaching which should rightly be the vanguard of human rights.

Of course this is a great sadness, because the very purpose of the Gospel is trans-temporal in nature. It exists to change the culture; to renew it. Instead we see the culture infecting the Church.

Last Sunday, Pope Francis celebrated Mass at the parish of Ognissanti (All Saints) in Rome on the fiftieth anniversary of the first vernacular Mass that was celebrated there by Pope Paul VI in 1965. The Tablet reports that at this Mass he "gave one of his strongest affirmations to date of his belief in the Second Vatican Council reform that introduced the Mass in the vernacular." Of course this statement is wrong in essence, because it was not the Second Vatican Council that produced the Novus ordo (new right) of the Mass, but rather the post-concilliar reforms of Annibale Bugnini who's aims were reported in an interview with L'Osservatore Romano, March 19, 1965 as follows: “We must strip from our Catholic prayers and from the Catholic liturgy everything which can be the shadow of a stumbling block for our separated brethren that is for the Protestants ”.

The changes were so drastic as to cause my own mother to recall it in this way to me "We felt betrayed, like everything we had been taught had just been chucked out." Considering the fuss made over the New Translation of the Roman Missal recently, one can only wonder how earth shattering this must have been for the faithful. 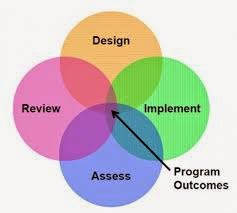 So we have had the design, Bugnini saw to that. We have had the implementation. Pause to assess. Well, there is quite a lot of talk of the Church in the West being in crisis. We struggle to retain young people; we struggle to encourage vocations.

Over at Offerimus Tibi Domine, Father Simon Henry asks if the introduction of the vernacular actually led to a flourishing of spiritual life, as Pope Paul VI hoped? This blog post offers a valuable synthesis of several intelligent points of view and appraisals. My own concern in this regard was deepened when I came to the realisation of what Mass was and why I was there. It probably came from the experience of worshiping with Evangelical Protestants and feeling moved by the Spirit. That's rather an unsettling feeling in some respects, but I also felt great sorrow at our separation, and a feeling that there was a great deal missing from this worship; something I knew, something I had experienced. What that something was was Liturgy.

Father Simon Henry quotes Robert Cardinal Sarah, Prefect of the Congregation of Divine Worship, in an interview carried on the Eponymous Flower where he says:


You must lead the people to the beauty of the liturgy to its holiness. The Eucharist is not a "meal with friends", but a sacred mystery. If it is celebrated with fervour and beauty, we arrive at a reconciliation that is self-evident.

The purpose of Mass is to lead us; to draw us to God truly present on the altar. One of the biggest issues we face with our young people especially I think is that they do not see the purpose of Mass. Evelyn Waugh however, in a famous Spectator article which he wrote at the onset of the Council, did understand:


‘Participation’ in the Mass does not mean hearing our own voices. It means God hearing our voices. Only He knows who is ‘participating’ at Mass. I believe, to compare small things with great, that I ‘participate’ in a work of art when I study it and love it silently. No need to shout. …If the Germans want to be noisy, let them. But why should they disturb our devotions?’

As Qoheleth teaches us; for everything there is a season, and a time for every matter under heaven: a time to mourn, and a time to dance, a time to keep silence, and a time to speak. The drive to increase participation is well conceived in my opinion, but has at this stage led to a culture of self-absorption at the cost of focus on the gift of self Christ gives us in the Eucharist. It has in fact bred a culture if confusion, especially among young people.

OK, but has it brought growth? Thankfully, The Bones has done the exhaustive research on this and presents an overview of the evidence here. Are we shocked? Are we surprised? No. We all no this is a reality. So why don't our bishops and Vocation Directors do something about it? Why don't they follow the overwhelming evidence and renew their vocations programmes with the emphasis on faithfulness to Church teaching?

Some I have spoken to simply refuse to accept the evidence. Rather than accept the facts and change, they would rather push on with reform, further eroding the deposit of faith, paring away at the Catholic truth, following Bugnini in stripping away anything remotely Catholic from Catholicism until all that will be left will be a kind of Protestantism within form, colour or function, which serves no purpose and is utterly irrelevant in the world.


“It was quite a courageous gesture of the Church to draw closer to the people of God so that they can understand well what she is doing. It is important for us to follow the Mass like this. One cannot go back. We have always to go forward, always forward. Who goes back is wrong. Let us go forward on this path.”

St. Paul tells the Corinthians, "I commend you because you remember me in everything and maintain the traditions even as I have delivered them to you" (1 Cor. 11:2).

He commands the Thessalonians, "Test everything, hold fast to what is good" (1 Thess 5:21).

And later: "So then, brethren, stand firm and hold to the traditions which you were taught by us, either by word of mouth or by letter" (2 Thess. 2:15).


"What earlier generations held as sacred, remains sacred and great for us too, and it cannot be all of a sudden entirely forbidden or even considered harmful. It behooves all of us to preserve the riches which have developed in the Church’s faith and prayer, and to give them their proper place."

For Christians, Tradition came to mean the Gospel itself; the Good News. Much of the Post Vatican II renewal is ironically justified as a return to the nascent Christian Church, throwing out 2,000 years of the Holy Spirit's teaching. In a contradictory sense, it is also justified by the idea of "progress", but progress simply does not effect truth, and the Catholic faith is simply that. You do need to defend truth, just set it free, stop apologising for it, watch it defend itself!