A Song of Ice & Fire 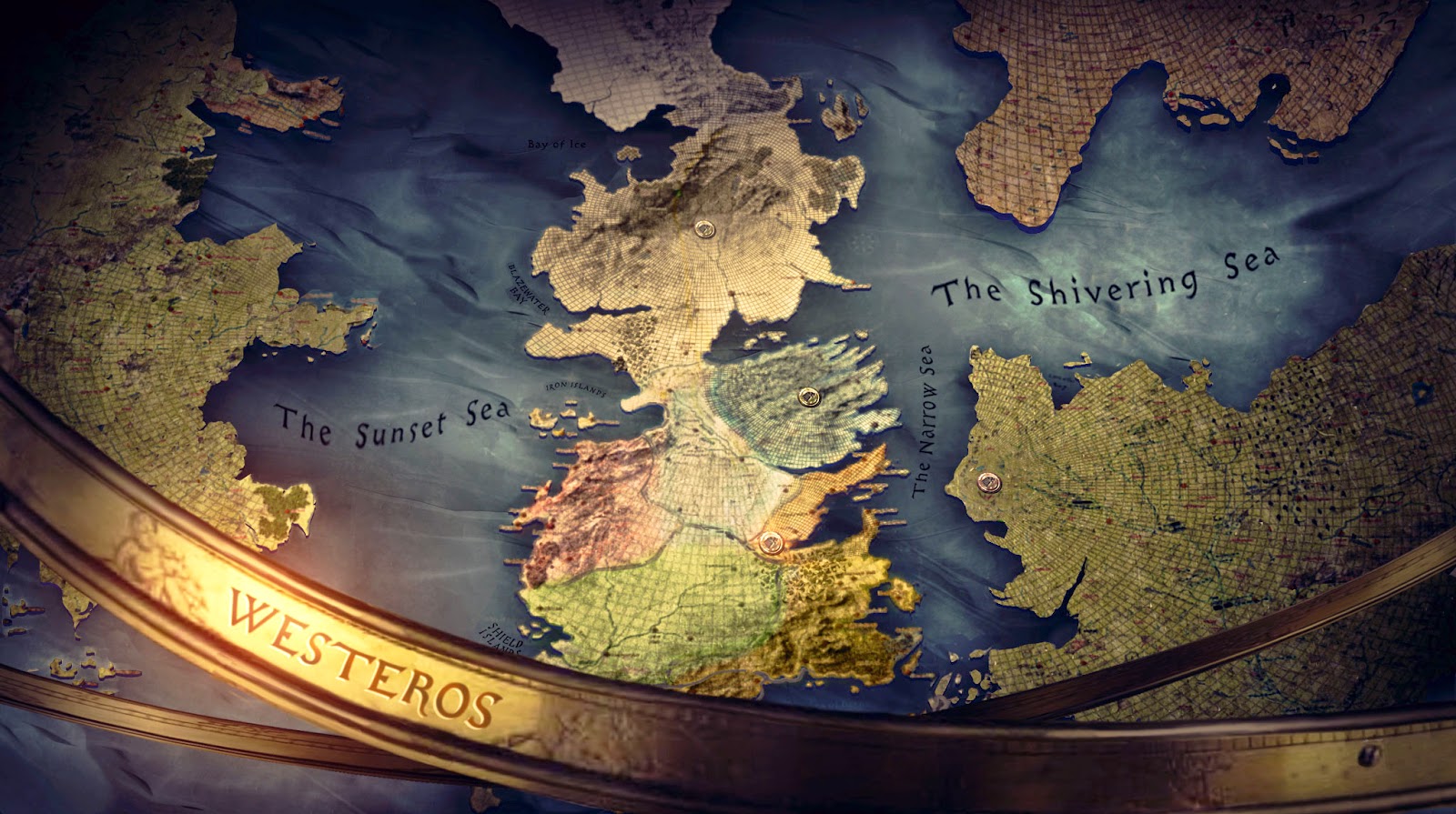 The epic TV series Game of Thrones begins its fifth season tonight (in the UK) and the internet is alive with frenetic anticipation. The story is fundamentally a swords and sorcery romp for adults based on a series of books by George R. R. Martin and called A Song of Ice & Fire .

The books are in part inspired by the War of the Roses; Lancaster & Stark- Lannister & York. The bloody, dark, brutal nature of the books largely takes inspiration from Scottish History, which Martin describes as full of gore and blood. An example of this is The Black Dinner in Edinburgh and the Glenhill Massacre which combine to provide the genesis for the infamous Red Wedding in the books.

In 1440 the 16-year-old Earl of Douglas and his brother were invited to dine with the ten-year-old King James II of Scotland, the occasion was organised by the Lord Chancellor, Sir William Crichton. While they ate, a black bull's head, the symbol of death, was brought in and placed before the Earl. The two brothers were then dragged out to Castle Hill, given a mock trial and beheaded. The Clan Douglas then laid siege to Edinburgh Castle. Perceiving the danger, Crichton surrendered the castle to the king and was rewarded with the title Lord Crichton. It is still unclear exactly who else was ultimately responsible, though it is thought Livingstone and Buchan were likely candidates.

The Great Wall of ice which separates the Seven Kingdoms from the northern wilderness and the demonic White Walkers is shares a Scottish genesis, spawned from a cold twilight visit Martin made to Hadrian's Wall. Martin stood alone, looking to the distant tree-line and imagining himself as a centurion, scanning the tree-line for some unforeseen and dreadful foe.

The books are about power politics and families, reminiscent of Machiavelli's The Prince or Shakespeare's History Plays, and Martin admits that these are, like Tolkien, "old friends" which reveal new secrets on each re-reading. Martin also, somewhat astutely, discerns a sense of Norse epic in The Silmarillion, which grows in his affection with each re-reading.

Unlike Tolkien's carefully planned, researched and written work, which was careful to avoid allusion to historical events, Martin's books are enjoyable romps which have clear parallels to events in history. They are expansive and rambling, with a frustrating number of dead-ends as the series progresses. Never-the-less, Martin does manage to provide us with some quite stunning and enjoyable characters. Tyrion Lannister is the obvious hero, though a more unlikely one could not be imagined from the introduction we get to this drunken, lecherous dwarf. In fact, this is one of Martin's most consistent literary devices. He introduces a character, and leads you to believe one thing about them, then works hard to change your mind, or make you believe it is more complicated than it may have at first appeared. He achieves this well with both Cersei and Jaime, especially the latter, who you loathe for most of the beginning of the epic story, but, goes through an extreme transition when he meets up with Brienne, the Maid of Tarth. Cersei is also pretty loathsome through the majority of the story so far, but goes through a period of penance where her character appears less interested in power and more fixated on her children, whom she seems to be loosing one by one as the story and the war it is about, progresses.

Jaime is a brilliant character. Certainly I was really enjoying hating him and could not have considered the Kingslayer, leader of the enemies of the Starks who arrested Eddard and pushed Bran out of a castle window, leaving him paralysed, could be rehabilitated. But as his history is revealed, and the madness of the King, Aerys Targaryen, becomes apparent, you find yourself having increasing sympathy with Jaime. This is greatly assisted by his ongoing affection for Tyrion, culminating in his eventually aiding his younger brother to escape the dungeons of the Red Keep.

One of the characters who does not go through such a metamorphosis is Jaime's son with his sister (yuck!) Cersei. He is most wonderfully awful and Martin plays the reader like a fish with this character until you're desperate for him to get killed. When he does bite the dust, it is one of the most satisfying scenes in the book, sadly I felt the film really did not do it justice.

History is written in blood says Martin and high levels violence and especially of sexual violence are justified as a result of the context of his subject matter, which ultimately is war. I have to wonder myself, what the purpose of such graphic depictions are, above the obvious titillation and pandering to our broken human nature? The appeal to veracity doesn't work for me, one can allude to these things without having to resort to such blunt visual depiction.

This is more evident in the TV Series. The nudity is all but pornographic, the violence as graphic as it is possible to be and the swearing really does seem largely unnecessary and redundant except as some kind of shock tactic. You really do watch and think this would not have been allowed on TV even ten years ago. This makes me wonder why it is OK now? Surely there is no doubt that, even if it is on at 9pm, many children will be exposed to it? George RR Martin says that it is dishonest to avoid such realism when we are telling stories about war, but is it really necessary? Often I think the less graphic is just a powerful at suggesting an outcome and is certainly a more subtle story telling tool. Increasingly, it seems there is some kind of arms race taking place between the producers of these programmes. Each one tries and succeeds, to outdo the last in terms of pornography, violence, and bad language, from Spartacus to Game of Thrones, to Penny Black, (which I could not even watch it was so graphic and offensive).

I love this genre and have read all the books to date and watched all the shows. But there's a small voice constantly at the back of my mind which asks me why I want to expose myself to such poison? Where is the ingenuity, the intelligence, the beauty? Shouldn't our sophistication be increasing rather than decreasing if we are truly progressing as a society? I would love to see something like this produced without the violence, nudity, swearing. Something I could share and enjoy with my family. Would it really need to capitulate its authenticity in order to do so? I think not!