Deacon Nick Donnelly: Who Can I Vote For? 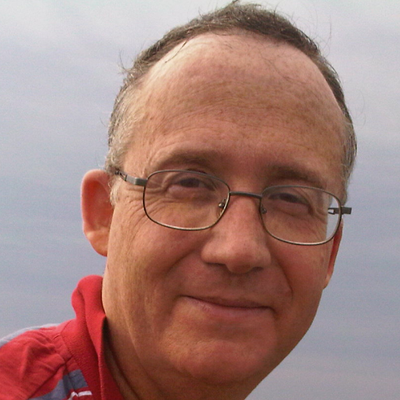 Deacon Nick Donnelly of Protect the Pope offers some advice on who Catholics can vote for in the upcoming general election in a recent article which has been banned by a local paper because of its "political content". Deacon Nick explains:

The editor of the Barrow Evening Mail has banned my article on the General Election from their weekly Christian Comment section. He gave the following reason:

'It is highly politicised and as we are now in purdah (the period running up to an election during which newspapers must be extremely careful of what political content they publish), it is not appropriate for publication I'm afraid.'

Every General Election I am faced with a dilemma as a Christian – which candidate and political party can I vote for in good conscience?


As a Christian I no longer trust the Labour party because of their actions against the Church when last in government. It was Tony Blair who destroyed the network of Catholic adoption agencies in this country by forcing them to place children with gay couples. As a consequence the Church had to cut her links with adoption agencies that ordinary Christians had built up over a hundred years.

How can I vote for a candidate who won’t protect babies from being aborted because they’re girls? Recently, the vast majority of Labour MPs, including Barrow’s John Woodcock, voted down legislation that would have ensured that babies are protected from sex-selection abortion.
I also can’t vote for the Liberal Democrats or Green party because they hold more extreme positions than Labour that are impossible for me to reconcile with my Christian Faith.

How can Christians trust David Cameron after his legalisation of same sex marriage which did not feature in either the 2010 manifesto or in the Coalition Agreement with the Liberal Democrats? And now Christian schools are being put into special measures by Ofsted for not adequately teaching LGBT rights and issues.

When it comes to the Conservative party I’m profoundly reluctant to vote for their candidate Simon Fell considering his party’s record on life issues and same-sex marriage. It was Margaret Thatcher’s government that legalised experimentation on embryonic human beings conceived through IVF. This original Tory legislation has led to the creation in the laboratory of animal-human hybrids and recent legalisation allowing the destruction of embryonic human beings as to be used as spare parts for siblings.

Some Christians tell me that they’re going to vote of UKIP as a protest vote but even that option is not open to me because of their policy of cutting the UK’s foreign aid budget by two-thirds. It would be gravely immoral to cut aid to some of the poorest and most vulnerable families and children in the world who depend on the UK for food, medicine and education.

I consider voting at a General Election to be a solemn and binding duty on every citizen because countless men and women have given their lives to protect our freedom as a democracy. But what do Christians do when all the political parties advocate a whole variety of policies that we consider immoral? I’m sure I’m not the only one to conclude that no political party at this General Election represents our moral world view as a Christians.

History tells us that new political movements emerge when groups of people find themselves politically marginalised or disenfranchised. Have we come to the point when Christians feel strongly enough to challenge the secular ruling establishment in this country?