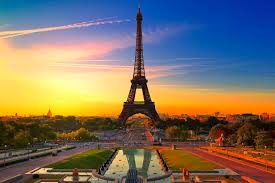 Shocking news from France this morning as open persecution of Christians takes a terrifying step closer to becoming a reality in the West. French police say they have arrested a man armed with several weapons, including a Kalashnikov and a handgun, who was planning to launch an armed attack on two churches in Paris. A number of news agencies have described the man as an Islamic extremist.

Interior Minister Bernard Cazeneuve said the man is 24-year-old computer science student who has lived in France for several years and had been under surveillance for several months. He was arrested on Sunday in Paris. He was accused of killing a young woman shortly before he was detained on Sunday.

The man, who had been flagged by security officials last year, was arrested after he apparently shot himself and called for an ambulance, according to AP.

A worrying, but unsurprising development, given the wanton and deliberate attempts by Islamic organisations to obliterate Christianity from the Middle East entirely.

Why this hatred for Christianity? Jihad Watch presents us with this clue:

According to Saudi novelist and writer, Hani Naqshabandi, “Our [Islamic] religious institutions do not give us room to exercise free thought.” By way of example, he pointed out that “They [Saudi institutions] said that the Christian is an infidel, a denizen of hell, an enemy to Allah and Islam. So we said, ‘Allah’s curse on them.’”

The Saudi thinker made these assertions in an article he wrote for the Arabic language news site, Elaph.

He also admitted the obvious but little known fact that “Christians are in need of protection … What happened to Christians in Iraq and Syria, and further regions like Algeria, does not receive Arabic media coverage that befits human beings, whatever their religion.”

Nor, he may be surprised to learn, does Christian persecution receive Western media coverage that befits human beings.

For example, did you hear that in Bangladesh, Muslims attacked a Christian Village celebrating Easter, stabbing the Priest, destroying Bibles and Crosses? Asia News has the report here. As always, the motivation is material rather than strictly spiritual, however it is demonstrative of the way in which Islam dehumanises people of different faiths to the extent where they are disposable; less than human.