This is the stark warning given by Mgr Michel Schooyans. 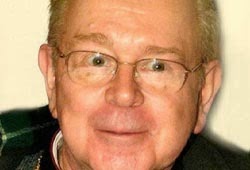 Mgr Schooyans is a leading Vatican scholar, a professor at Louvain and an acclaimed academic and writer. He has a doctorate in philosophy and theology and is a priest of the Archdiocese of Mechelen-Brussels.

At an address given recently at the Catholic University he has presented a particularly clear and lucid exposition of Catholic teaching regarding human sexuality which demonstrates some of the serious consequences for society sexual immorality results in.

You may well note much of what he speaks about is recognisable in our society today, societies which are asking themselves serious questions about how best to deal with the issues that are clear consequences of the separation of the procreative and unitive ends of the sexual act, which is intrinsic to the use of contraception. Mgr Schooyans notes that once the unity between the two ends is broken, both ends are pursued in separation from the other, with disastrous consequences.

This instantly recognisable authentic Catholic address which states with remarkable clarity the Catholic line which is suffering from so much confusion due to the Synod has been exclusively translated by Voice of the Family. The Rvd Professor states [emphasis mine]:


“…this current unilaterally exalts certain unitive actions and behaviour in the couple, to the exclusion of procreative behaviour. The unitive dimension places the emphasis on pleasure and hedonist and utilitarian individualism. Observe what has happened with contraception. There is no more an openness to the other, there is no more a recognition of the identity of the other, of the difference which distinguishes me from the other. Each wishes to do what he/she desires to do. This is the identitarian closure of the self on itself: contraception bolts in the relationship with the other.”

“As soon as the unitive purpose alone is vaunted, one rapidly falls into all kinds of sexual practices: homosexuality, lesbianism, fornication, etc. There is no longer a place for fidelity, because what matters is pleasure alone, the interest of each individual. Man ceases to be a person, a being capable of opening himself freely to another person; he is an individual in search of his own enjoyment.”

Schooyans also discusses the problem of unilaterally exalting the procreative end of the sexual act:


“On the other hand, the dissociation, the separation of the two purposes of marriage throws the door wide open to unilateral exaltation of the procreative purpose, to the exclusion of the unitive effects. The creation of life is then held to be a matter of technology, in which the amorous embrace of a man and woman has no part.

“These unitive behaviours and procreative technologies could come under the control of public authorities. We run the risk of finding ourselves in the near future in a society in which there has ceased to be a place for responsible love. If necessary, parents will be completely stripped of authority, rights and duties vis-à-vis their children. Why should children not be entrusted to education, on which the public authorities claim a monopoly?

Mgr Schooyans points to the terrible destruction of unborn human life that results from this separation. The unilateral exaltation of the unitive end (that is, the value of sex for pleasure, for relationships, etc) leads society inevitably to the end of abortion in order that “unwanted” pregnancies can be 'dealt with'; “the intolerable arrival of a being one does not want.” On the other hand the unilateral exaltation of the procreative end (that is, focus on the end result of having a baby) leads to the destruction of human embryos during the IVF process.

Schooyans traces the threats facing human life at every point from conception to the natural death. He discusses, with terrifying clarity, the instrumentalisation of children that is now taking place and convincingly argues that we are about to witness a new onslaught on parental rights.

He points out the widespread failure of the Catholic hierarchy to take any action to reverse the inexorable spread of the “culture of death”:


“Today, even in certain so-called Catholic hospitals, procedures such as abortion, medically-assisted procreation and embryo research, not forgetting euthanasia, etc, are practised. How many voices, in the laity, clergy and episcopate, are being raised to urge reconsideration of these practices? In the face of this mutism, it is above all necessary to assert the indissociable nature of the purposes of the conjugal union and marriage.”

This is a real wake-up call for those of us who are quick to cite "mercy" as the reason for allowing a morally evil act to take place. Even if such things appear 'merciful' at first, there are consequences, both for the individual, but more importantly for society. As abortion has become increasingly acceptable and a normal medical procedure, we as a society become anaesthetised to its horrific reality. And here is the crux of the matter:


“The Church finds itself in an astonishing situation. Senior prelates, primarily from opulent nations, are attempting to modify Christian morality concerning the divorced and remarried and other problematic situations, some of which had been cited here.”

It is a reality that we are facing a situation where Catholic Cardinals are now attempting to forward arguments for morally evil positions using ideas of a false kind of mercy and subjective language to justify contravention of the Ten Commandments and the very word of Christ in the Gospel.


“Faced with the powers which are currently undermining the family, the Church should discover in itself the vocation to be the sole authority in a position to save human sexuality and the natural institution of marriage and the family."

This is the Church as I have always understood it, blessed with the truth given from God which means its careful investigation into new human situations (e.g. contraception, IVF) guided by the the Holy Spirit and the light of the Magisterium leads it to present a truly authentic position for human life. If we start to argue against our own heritage (e.g. Christ's words in the Gospel, the definitive teaching of Trent, the Catechism, etc) we lose the basis of our authority (its consistency).


It is not simply a matter of saving Christian morality; it is necessary to save and protect natural morality. It should not therefore be the case that, through their specious casuistical methods, Catholics of all ranks and all ages are contributing to the destruction of natural morality.”


“Now, from the moment Catholics jump on this fatal bandwagon, they contribute to the destruction of the natural institution of marriage. It is the entire human community which is being split by this new “betrayal by clerics”.

The Mgr then makes the profound point that these dissenters are denying the immutability of the natural law (a point also argued at length in the analysis of the relatio synodi provided by Voice of the Family) and thus contributing to the universal destruction of human morality. He writes:


“The reduction of natural morality to a purely casuistical morality has the backing of certain theologians and pastors for reduction of the law founded on the nature of man… If this is the case, there is no longer a law innate to man, quite simply because he is man. There are only rights defined by political, national, international and world authorities. One shudders when one thinks that the generalisation of such a law would be a prelude to the inauguration of a “global”, that is world, society, forged by the will of the strongest.”

What shocks me most is that these words are instantly recognisable as the constant teaching of the Church. This is not. It is a confusing, cynical attempt to deliberately obfuscate Church teaching in favour of a nefarious agenda instantly recognisable as in contradiction to the constant teaching of the Church. Ever since I have been old enough to recognise it, I have bemoaned the lack of teaching and—to be honest—joy and excitement—that should surround the praxis of our belief. It is instantly recognisable that there are many within the Church who do not hold, let alone teach, what the Church holds and teaches. It's not just me; even bishops who have tried to address this are "baffled" at the lack of support from their fellow bishops. This in the context of perhaps the best document written by a Bishop of this Country: Fit for Mission.

Let us all pray this Easter that the attempt to subvert Church teaching fails and that the current crisis in the Church leads to a renewed impetus in the evangelisation of the truth. My prayer is that writing down some of the evidence and arguments here on my blog will help ordinary Catholics to understand what is going on, what is at stake and provide the necessary impetus for then to cling to Christ.