Facing death, standing next to Christ

“You will not grieve as do the rest who have no hope.”


Dr. Gary Miller is someone I met over the internet. He is a Baptist Pastor, son of a Baptist Pastor, in Texas. Over the last few weeks and months, he has documented on Facebook, the gradual decline in health of his father, a much loved Pastor, a passionate Christian, and a real gentleman. I didn't know Don Miller except through the moving updates posted by Gary, but I have been moved to tears on several occasions by the journey to glory he has been on, by the unflinching faith and joy with which he has undertaken his final journey, secure in faith, walking every step with Jesus. And by the powerful prayers for and love directed at Don, Gary and the family.


Don died yesterday and this was Gary's final post. I have to say I found it deeply moving to be allowed to journey with Gary and his family. It is a beautiful journey undertaken with and in the love of Jesus Christ. Gary has kindly allowed me to share this with you and I hope it will show you how when you live your life with Christ, you do not face the final journey alone, but rather you are welcomed home by all of heaven. 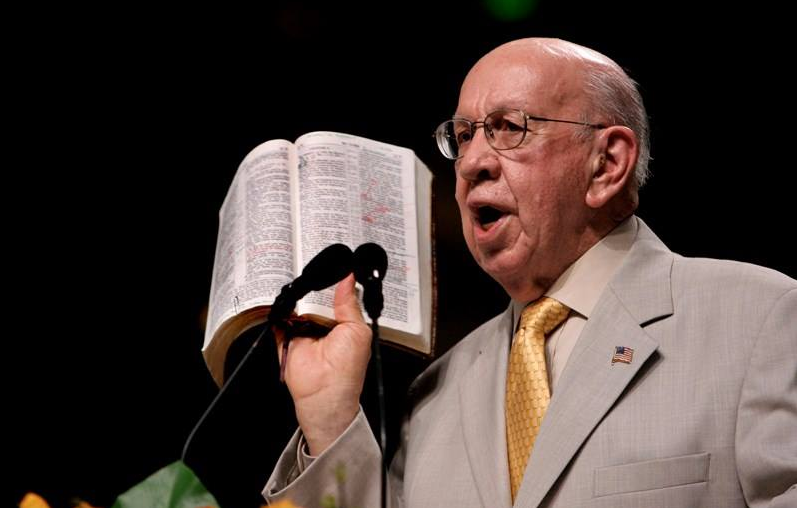 Yesterday, April 22, 2015, my brother Ken called me with the news my Dad, Don Miller died at 5:32 PM. Dad was listening to the soft, soothing words of a great old song. “Softly and tenderly, Jesus is calling…Come Home!” Dad heard the voice of Jesus call him and he went home.

When my sister, Joy, put my mother on the phone, her gentle voice was weary, but so full of hope and relief. Mom said, “Dad’s safe at home. We have so much to be grateful for.” Scripture is so incredibly spot-on when it comes to this moment in life. “You will not grieve as do the rest who have no hope.” (I Thessalonians 4:13) Indeed, we don’t, but we do grieve.

Just seven days ago, Dad experienced a heart attack that accelerated his pace to the finish line of his earthly race. Ninety-three years had taken a toll on his frail body. He was already weakened by Stage IV kidney failure, and congestive heart failure complicated by a severely restricted aortic valve. Dad had fought the good fight, but this was the last round.

Following the massive damage from the heart attack, Dad’s health continued to deteriorate as he was moved from one care unit after another. From ER, CVICU, Palliative Care, and finally to Hospice Care, in each place he left a vapor trail of grace. He extended words of blessing and gratitude to all who cared for him, even when they were digging into his thin arms seeking veins that were shrinking or collapsing. His last nurse at the hospital told him, “You are a rock star.” He just smiled, and said, “Oh, I don’t know about that.” I told her, “The real truth is, Dad is a rock.” He has always been mine.

For the past seven days, Dad has been reaching towards a threshold, unseen by us, but very real to him. One night, after a particularly restless night in the Palliative Care unit of Baylor All-Saints, Dad awakened, and called my name. I stood over him, and heard him say, “You know I’ve almost konked off two or three times.” I told him we were all aware of his struggle. He said, “I have been reaching out to the threshold.” I asked him what he had seen. Dad calmly said, “I saw Him in all his glory and majesty, and I saw Momma and Dad waving at me.” I believe he did.

For the past week my brothers, Roger and Ken, and my sister Joy, have been walking with my mother, Libby, though the most difficult days of our lives. Mom has been caring for Dad, watching over him, holding his hand as he takes his last breaths on this side of Heaven.

For seventy years, Mom and Dad have held hands through an amazing journey that has taken them all over the world, and to over 1,000 churches in America, serving TWOgether as pastors, church planters, evangelists, and prayer warriors. Only Heaven truly knows the full extent of their ministry.

One day this week, I was touched to see Dad turn to Mom and hear him say to her, “We have had a wonderful journey.” She softly said, “It has been wonderful.” Dad was truly amazed by their love for one another right up until the very end. True love not only waits. It lasts.

One day over a cup of coffee in hospice, Dad spoke of Momma one more time. “To think that God would take two little people like us and melt us together is indescribable. Oh, my soul!” One of Dad’s constant calls to us in his more lucid moments was, “Take care of Momma.” I was relieved to hear him say at some point during his last days, “Momma is going to be just fine.” I believe a voice, from another realm calmed his concern, and prepared him to let go and “Come home.” Thank you, Jesus.

All four of us, Roger, Gary, Joy and Ken have agreed that ministering to Dad during these last days has been one of the greatest privileges we have ever been given. It has been a painful process, but we would have hated to miss out on it. Those words are hard to say, difficult to believe, but true to the core.

Roger was with Dad in the early morning hours on Tuesday. When he saw Dad moving around in the bed. He asked, “Dad, where are you going?” Roger heard Dad’s final words, “Almost to Glory.” With that Dad fell into a coma and the final stage of his fight began.

My brother Ken was with Dad when he took his last breath, and crossed over threshold and into Glory. He passed through a very thin veil separating “Almost Glory” and “His Glory.” Mom said it so well, “Dad is safe at home.” Indeed he is.

I can’t help but notice when Dad died it was 5:32 PM on a Wednesday evening. Perhaps Dad wanted to be on time for Prayer Meeting in Heaven. He always liked to be early.

This has been a holy week for us. Roger, Joy, Ken and I have tasted the bittersweet dregs of this experience in every sense of the word. The sense of holiness has not removed the great sense of loss or minimized the pain of the process for any of us, especially Mom.

At this point a question remains in my mind, “Now what?” Dad’s greatest longing was to see the next Great Awakening in his lifetime. He prayed for it daily, and there was hope in his heart for it up to the very last. He said, “Prayer is the vestibule of Heaven.” He believed, “Prayer is the priority, and the greatest treasure of the church. An Awakening, a great movement of God is available for the asking in our life time, and even in the next moment.” Will you join Dad in praying for it? It is just a prayer away, perhaps yours will be the tipping point.

Thank you for praying for us during this past week. Dad always said when he was told people were praying for him, “I can feel them.” Now I know what he meant. Thank you, and thank God for showing us His mercy and grace this week. We have been fully covered by His Presence, and Dad is standing in His Presence. It is well. 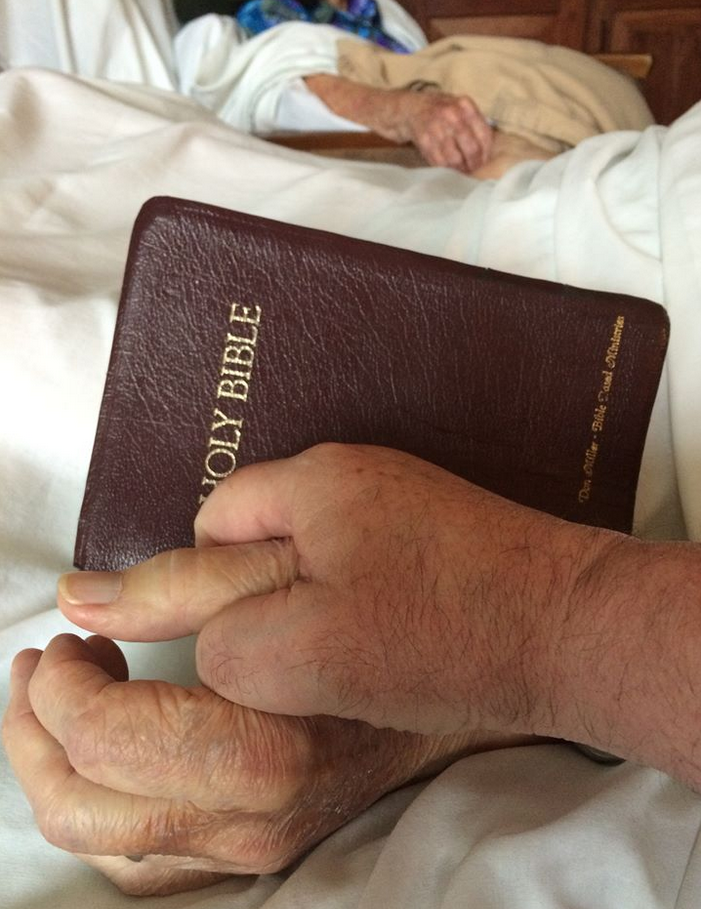