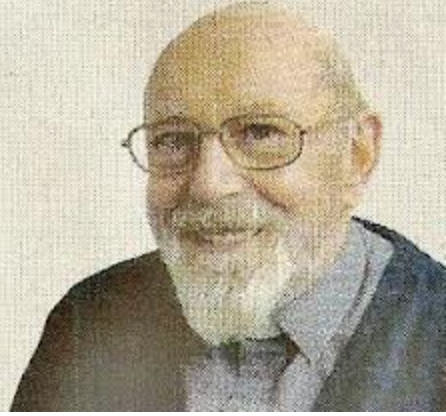 Mgr Basil Loftus is infamous for contradicting Church teaching on a regular basis in the Catholic Times. He is leading Catholics away from the Church and no one does anything. This seems to radically contrast with the treatment of anyone daring to stand up for the faith in this country. If you dare to do that, you are quickly marginalised and/ or silenced, branded as a trouble maker or a radical, or sent to Margate.

I wouldn't say that Dr. Joseph Shaw has made his life's work the documentation and analysis of the regular material heresy spouted by Mgr Loftus, but it certainly seems to be something like an enjoyable hobby. If you would like to read about it, follow this link. Mind you, he is not alone. Pump Mgr Loftus' name into Google and you are hit with a veritable smorgasbord of distraught Catholics crying out over the obvious and plain error being documented by Mgr Loftus. From our hierarchy—the silence is deafening!

Why is that? Well, he has been around for a long while and has occupied certain key positions, which means that he is in the know regarding certain people and things. Mgr Loftus will be allowed to keep his platform and spout his atrocious counter-doctrine for as long as he wishes. The last thing the hierarchy want at the moment is a bean-spiller in overdrive.

The Bishop's used to own an 82% share in Gabriel Communications, but interestingly it has now been sold for an estimated £160,000 to a consortium of directors and senior management, led by company chairman Clive Leach, a Yorkshire millionaire and former managing director of Yorkshire Television who is a prominent donor to the Labour party. The consortium also includes managing director David Bould, marketing director Brian Ayling and editorial director Joe Kelly - a man who started as lowly features editor on the Universe as recently as 1994.

Interestingly, Bould and Ayling are not Catholics, while Kelly, who edits the Universe, describes his faith as "a proactive philosophy for social and personal development" and writes for the Fortean Times, the magazine of all things psychic and supernatural."

Well someone has said enough! Catholic Truth Scotland (Mgr Loftus now lives in Scotland) invites you to sign the following letter by clicking on this link. The letter reads as follows:

We, the undersigned, write to ask you to end the scandal of Mgr Basil Loftus’ writings in both the Catholic Times (CT) published in England and read UK-wide, and in the Scottish Catholic Observer (SCO), Scotland’s only national Catholic newspaper. Week after week, Mgr Loftus writes in rebellion against the Catholic Faith.  He has denied dogma; for example, on the subject of the Resurrection and, in the same edition of the newspaper, he undermines the doctrine of the Real Presence of Christ in the Sacred Species (CT 10/10/10). Mgr Loftus is, clearly, a material heretic and he is something of a hypocritical heretic at that:: while praising Pope Francis for “abolishing monsignors” (CT 24/4/15), he retains his own title of Monsignor. Surely, he should hand back that title, if he is so pleased at its abolition. Since the election of Pope Francis, Mgr Loftus has plumbed new depths in manifesting his hatred of Catholicism, communicated markedly through his loathing for the Traditional Latin Mass and his mocking references to “carnival costumes”  - i.e. sacred vestments. He agitates for a change in the moral law by pushing the Cardinal Kasper agenda to legitimise divorce and “remarriage” and a recognition of same-sex unions (CT, 24/4/15).  Mgr Loftus persistently falls into the error of creating false dichotomies between Christ and doctrine, and Christ and His Church, peddling the currently fashionable (but un-Scriptural) notion of a false mercy which amounts to nothing more than human sympathy with those living in what Canon Law describes as “manifest public sin” (# 915). It is a matter of the utmost seriousness that any priest is permitted to use Catholic newspapers to rail against the Faith, to attack and undermine dogma and morals and to insult sound prelates - Cardinal Burke is a favourite target, as is Archbishop Cordileone of San Francisco who merely sought to Catholicise the schools in his archdiocese and was subject to a massive hate campaign by the enemies of the Faith, as a result.  In his column, Mgr Loftus blatantly misrepresents him, and is personally nasty about both Archbishop Cordileone and Cardinal Burke. (CT, 24/4/15). I wrote to Mgr Loftus when he threatened legal action against two priests in England because they had allowed criticism of his column on their blogs.  He replied: “It would have been irresponsible not to have taken those steps to protect those who, in good faith, read what is published under the authority of a Catholic parish”. In fact, what Mgr Loftus writes here applies to the faithful who pay money to read the CT and SCO.  The faithful purchase these newspapers in good faith. They do not expect to read heresy; certainly not from the pen of a priest and with the blessing of his bishop(s). The fact is, Mgr Loftus is an obstinate material heretic. He has had his errors pointed out many times, having been made aware of the blog discussions on our site (and others) so that, were he genuinely ignorant of the nature, purpose and teaching of the Church and the natural moral law, the truth has been made known to him by these means, if not by those few letters which have been published in the two newspapers guilty of promoting his heretical and entirely un-Catholic writings. Action to end the scandal of Mgr Loftus’ attacks on the Faith and true morals is imperative,and long overdue.  The buck stops with the bishops.  With due respect, therefore, we, the undersigned, ask you, Bishop Stock, and you, Bishop Gilbert, to exercise your episcopal authority and show dutiful leadership by implementing Canon Law. - canon 1369 springs to mind, although there are several canons that might be invoked to end this scandal: “A person is to be punished with a just penalty who… in a published writing…gravely harms public morals, or rails at or excites hatred of or contempt for religion or the Church.”     Yours etc.

I wonder if cost is a factor in determining why the editor keeps Mgr Loftus on? One could speculate that if the editor pays Mgr Loftus little or nothing for the articles he might determine that Mgr Loftus' controversial nature actually increases the interest in the paper, fueled by the number of people writing in to complain about him (and this helps to fill up the paper - at no cost to the editor).

I suspect that the reason why the hierarchy don't do anything is that they may regard Loftus as a kind of Court Jester who most people would not take seriously - and also because the Catholic Times has such a small circulation.

A real scandal is that for years Gabriel Communications has issued bogus readership figures.

This is what keeps the whole pathetic operation afloat - because their advertisers pay according to their readership figures. And The Universe has dramatically increased the amount of advertising it carries - and includes features in its advertising section that are quite unsuitable.

This is how they inflate their readership- figures:

1. The papers are sent to parishes on a "sale or return" basis. But to save costs Gabriel Communications (and the Catholic Herald) just ask parishes to tell them how many copies were left unsold and then put the unsold copies in the re-cycling bin rather than returning the unsold copies to the printers.

So they now claim that these unsold newspapers have been given to the sick & housebound. I am sure that most parishes still bin their unsold copies - but Gabriel Communications count these as having been given away and read by three or four people.