We don’t encourage suicide, so why should we assist it? 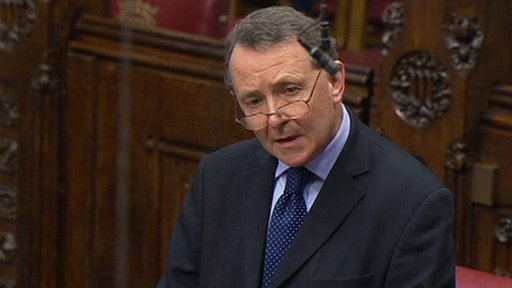 As I posted last week, MPs are preparing to consider a private member’s bill to license what is being euphemistically called ‘assisted dying’. Lord Alton of Liverpool, a life peer in the House of Lords and vocal critic of assisted dying, has written an excellent article in The Spectator which puts the question, if  we don’t encourage suicide, why should we assist it?


"Such a law would cut completely across social attitudes to suicide. We are rightly compassionate and understanding about suicide. But as a society we are clear that suicide itself is not something to be encouraged, much less assisted. We have suicide prevention strategies and suicide watches. When we come across people who are suicidal, we try to help them to live rather than to kill themselves. We don’t give them the proverbial push from the bridge. That is why, when suicide was decriminalised in 1961, the government of the day was at pains to reassure Parliament that it did not betoken any change in the seriousness with which suicide was viewed."

At the moment, it’s people who are terminally ill. But how long will it be before we are told that it’s suitable for others too? Lord Falconer’s self-styled ‘commission on assisted dying’ suggested three years ago that assisted suicide shouldn’t be allowed for disabled people who weren’t terminally ill ‘at this point in time’. Those words are chilling. As Paralympic athlete Tanni Grey-Thompson commented, it tells me that I may not be a candidate yet but I’m in the waiting room.

Oregon, however, is not the inspiring model some would have us believe it is. Evidence from Oregon and Washington States, both of which allow doctor-assisted suicide, shows that many of those who ended their own lives in those States felt a burden on family, friends, or caregivers. Washington State’s own 2013 report stated that 61% of those who died under the legislation self-identified as feeling a burden. Where a person seeks assisted suicide citing ‘feeling a burden’, their choice is not freely made. People who feel a burden are among the most vulnerable in society and often need encouragement to live. This Bill would put them at risk. There is pressure in Oregon to extend the definition of who can receive assistance with suicide. In short, there is a serious risk to vulnerable people. Lord Alton goes on to point out with regard to Oregon:

Its death rate from legalised assisted suicide is nearly sevenfold what it was when the law was changed and there is evidence of lethal drugs being supplied to people with undetected clinical depression. But something is now happening there which we were assured would not – an attempt is under way in Oregon’s legislature to extend the law.
If we had an Oregon-style law here in England and Wales, we would be looking at over 1,500 assisted suicides a year – and rising. And, with only one in seven GPs willing to have anything to do with such practices, we could expect to see the doctor-shopping that is such an unfortunate feature of the Oregon scene.

And which place provides a more accurate guide to what would happen in Britain – a sparsely-populated and predominantly rural state on the far side of America? Or a densely populated and largely-urban country just across the North Sea?

Britain was the founder of the modern hospice movement and its specialist end of life care leads the world – it was ranked in first place by the Economistin 2010. We need to be focusing on ensuring that everyone who is dying, wherever they live, has access to this, not making laws to help them kill themselves.

This is another of those measures that is being seen as somehow progressive for society, but is it progressive to embrace a culture of hopelessness and death, where people are killed off when they become a burden or their quality of life is perceived to have dropped?

Just as with the SSM bill, this legislation seeks to re-engineer our society and change fundamental directions and attitudes. Surely what would be more progressive would be to embrace a culture of life? I think we must oppose killing and neglect and we must promote good medicine. We must be vocal in our witness that we want and we value every single human life, because every single person of this planet has value.

I appeared on BBC Essex's Dave Monk Show this morning to argue against "Assisted Suicide", you can listen to what I had to say here from the 45:50 mark, for 30 days from the date of this post.