Our unity only exists through our common profession of faith. 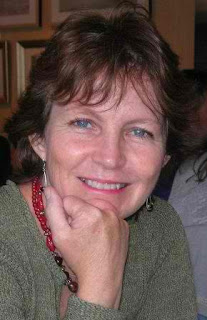 I would highly recommend you read Countercultural Father: Shooting Ducks in a Barrel.

In it, he addresses the huge disparity and duplicity in a comment by the Professor of Catholic Studies at the University of Roehampton in London and Director of the Digby Stuart Research Centre for Religion, Society and Human Flourishing, Tina Beattie in The Tablet.

As an interesting aside, my Bishop asked me if I read The Tablet last week, I said "Only if I have to!". In other words, only ever (it seems) in complete dismay. It seems to have a political agenda completely aside from the faith which is so disappointing and misleading. Much like Tina's comments really.

I'm sure Tina is a lovely lady, but I really struggle to understand why anyone who considers themselves Catholic would be even mildly interested in what she has to say, except to condemn it, or to distance themselves from it. I can't imagine being lectured to by her, I would be in a constant state of challenge. Honestly, this is not intellectualism, it's not even informed comment! It certainly is not adding to the debate, it is undermining it. It is taking place somewhere else entirely. It does not even see the debate.

As Pope Benedict XVI told the bishops of England & Wales in 2010:


"In a social milieu that encourages the expression of a variety of opinions on every question that arises, it is important to recognise dissent for what it is, and not to mistake it for a mature contribution to a balanced and wide-ranging debate. It is the truth revealed through Scripture and Tradition and articulated by the Church’s Magisterium that sets us free."

Our unity is born of our common profession of faith. As far as I have ever been able to discern, Beattie's faith lacks any basic resemblance to that faith. It is a total rejection of it in the worst possible theological vein. This is because it puts in place of submission to God, one's self. She is the one with the answers, not God, not the Church. As she states in that comment,

I seek from the Church the formation I know I need most...The list is long, but it does not include learning to regard contraception, premarital sex and homosexuality as intrinsically evil...

In other words, Cafeteria Catholicism of the worst kind. It says that the Catholic Church, Magisterium, and Tradition has no authority to teach on morals. The Tradition of discernment regarding what is right and what is wrong, is subordinate to Tina's own discernment (her conscience). She is the primary moral arbiter of what constitutes right and wrong. She has demoted the Church to relevance only in matters she deems suitably fluffy. Things that don't challenge her, things that aren't too difficult. Does this remind you in anyway about the story of the fall in Genesis? It should, because an arrogant grasping for the knowledge of good and evil is actually what caused that first rupture between God and man.

Tina's position on so many issues no doubt resonates deeply with many Catholics today, and this is why it is so important that she should be challenged. It is lazy, inaccurate theology which mangles the truth. Her frequently machinations should be as a clarion call to our bishops to speak out on the issues she constantly raises, because that she does clearly demonstrates that she, and those that agree with her, require better formation in these areas. These are the areas that the Church much make extra effort in so that the faithful can benefit from the truth and beauty of revelation.

Fr. Ray recently wrote this about the way in which our common profession is all the more evident to the modern Catholic:


The publication of the Catechism of the Catholic Church seems to have marked the most significant change. Before it any old arcane nonsense could be passed off as the Catholic faith in seminaries, after it any seminarian could simply refer to the Catechism and say, 'But Father article ### of the CCC says quite clearly ####, so how do justify saying ...'. It is interesting that several seminary Rectors were the most vociferous opposers of the Catechism.

There is no excuse, and we have to see dissent for what it is. It contributes nothing of value, but undermines and devalues confidence. If only our bishops would be more vocal in affirming what is good food for the flock and what is not. Tina Beattie and her ilk should be given no Catholic oxygen. of course she is perfectly entitled to her opinion, but as far as passing her opinion off as Catholic in some way, she should be closed down.

And we must remember to pray for Tina, that she will be rescued from her bitter adversity, and be reconciled fully with the faith.


“man is constantly tempted to turn his gaze away from the living and true God in order to direct it towards idols (cf. 1 Thes 1:9), exchanging "the truth about God for a lie" (Rom 1:25). Man's capacity to know the truth is also darkened, and his will to submit to it is weakened. Thus, giving himself over to relativism and scepticism (cf. Jn 18:38), he goes off in search of an illusory freedom apart from truth itself. But no darkness of error or of sin can totally take away from man the light of God the Creator. In the depths of his heart there always remains a yearning for absolute truth and a thirst to attain full knowledge of it. This is eloquently proved by man's tireless search for knowledge in all fields. It is proved even more by his search for the meaning of life. The development of science and technology, this splendid testimony of the human capacity for understanding and for perseverance, does not free humanity from the obligation to ask the ultimate religious questions. Rather, it spurs us on to face the most painful and decisive of struggles, those of the heart and of the moral conscience.” (Pope St. John Paul II, Veritatis Splendor, The Splendour of Truth, 1993, #1). 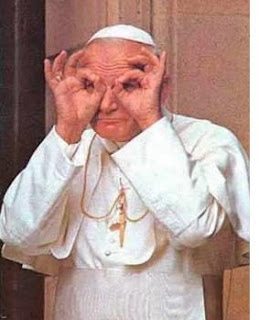