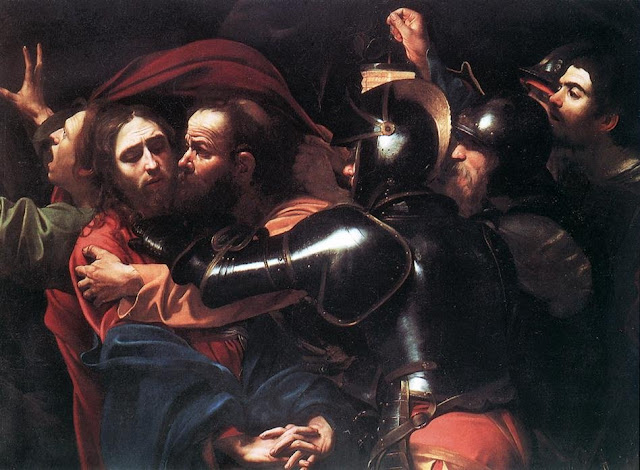 My Twitter feed is not a very cheery place to be this morning. Between the ongoing migrant misery, the fact that VW could be about to pull Europe into a new financial crisis due to their record inventories coupled with the emissions scandal, and the deaths of hundreds of innocent Muslims killed on pilgrimage in Mecca, it's all pretty black out there. To make matters worse, respected Anglican blogger Archbishop Cranmer reports that we’re seeing a mass shift in identity from residual cultural Christianity to ill-informed agnosticism, with 40% of people now believing Jesus is a myth, he is forced to ask, has religious education completely failed?

However, by far the most depressing thing in the news this morning is the shockingly inept release, by the Bishops Conference of England and Wales, of the survey results. The Tablet editorial this week plumbs a new low in distortion of orthodox Catholic teaching and praxis. "The laity has spoken & the Church must learn". Because a survey of poorly-catechised, crypto-apostate 'faithful' must be infallible, of course! 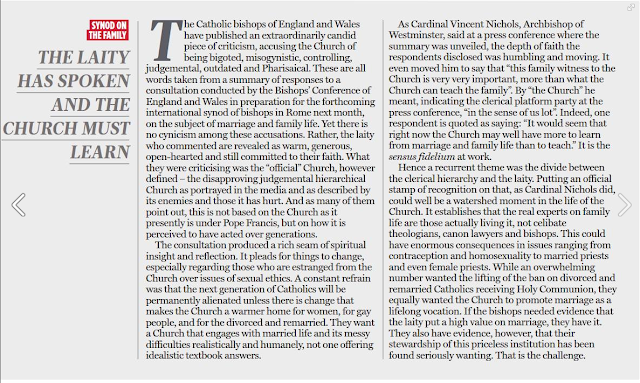 For me, this is simply further confirmation of the agenda being worked out by Cardinal Vincent Nichols. A direct result of his own formation and education under Archbishop Derek Worlock as I detailed in this post back in March, along with the connections and influences.

Madeleine Teahan, Associate Editor of the Catholic Herald, states bluntly this morning what many Catholics are expressing on the internet, when she asks; Why on earth is the bishops’ conference publicising ideas that promote cohabitation? It honestly beggars belief that the very people in charge of holding and teaching the Catholic faith in this country would be working to undermine the very institution they work for.

This is so far away from anything recognisable as "Catholic", it is quite frightening. As Madeleine points out:


To make matters worse, the bishops’ conference has published a response suggesting the near-pagan idea that this “betrothal period” should be accompanied by a liturgical celebration of sorts. To mark what exactly? Two people adopting a lifestyle which directly contravenes Church teaching? What’s to celebrate?

The fact that an honest dialogue has to take place is not in question. I respect and admire the transparency of the Bishop's Conference in releasing these sad statistics. What I object to is an attitude that fails to recognise that the results are as they are because the Bishops and the Church in general in this country, have failed to promulgate our great faith. We have failed to have the discussion, to engage in the cultural battle ground and give the Church's position accurately. The fact that the Church is accused of being bigoted, misogynistic, controlling, judgemental, outdated and pharisaical is a direct comment on the fruit of their work, not on the teaching of the Church! How on earth can they point to this failure to communicate the message they themselves have supposedly committed their very lives to as a failure of that message itself?

To me, it seems clear that these results should provide a clarion call to the Bishops and clergy that something is seriously amiss. Why are they not accompanied by expressions of great concern? Concern that the message of the Gospel is not being heard and that the people are turning away from the Church- the great vehicle of the Sacraments and thus Christ's mercy and love? This Sunday, the country's Churches should be roused by homilies reflecting on the falling away from the Faith and failure to understand it. A call to metanoia, a reassertion of the vital importance of understanding and conforming to the plan for our redemption wrought by God's Son. Instead, last Sunday, we were treated to a wagon load of platitudes and a bar set so low that a professional limbo dancer would have trouble getting underneath it.

One thing is for sure: anyone who was previously unaware now knows for sure where the leadership of the CBEW stands. Those who remain faithful to Christ and have put tremendous effort into working in Christ's vineyard will no doubt feel terribly betrayed by this. I know I do.