At this stage, even if we win, we lose.

Joe Shaw has written a brilliant blog here which articulates my own concerns about the Synod perfectly. They are not that doctrine will change, but more concerned with the reality that popular piety seldom follows the mainstream of theology in any case. Especially in this media mad world, most people just hear the gist of a story and match their conclusions to suit their own prejudices.

This has been the huge issue I have with the "messy" style of Pope Francis. The problem as I see it, as someone who tries to preach the faith in my community, is when people contradict the revelation or the teaching of the Church, saying it doesn't matter or has been superseded somehow. I think the work of Evangelisation was greatly aided under Pope Benedict XVI in that everyone was pretty clear what we were about. That encouraged people to talk about it, to share it, and to study it more.

Joe cites Vatican II as an example of the way the truth becomes distorted, as at that Council, all kinds of safe-guards were introduced. One famous sentence of the document on liturgy, Sacrosanctum Concilium, for example, contained in its final form the line:

Yet despite this, the innovations came, and they have been the cause of great concerns for the Church as articulated by each of the post-conciliar popes (as Joe quotes).

This is similarly true of the Synod. There are already reports of people coming up for communion who normally wouldn't, simply because they believe Pope Francis has changed all that. Joe explains:


the liberals' ability to snatch victory from the jaws of stalemate is undiminished. The very fact that the issues are being debated is a huge gain for the liberal side of the argument. The very fact that certain frankly disedifying statements from the bishops' interventions are being quoted in the press - accurately or not - moves the debate immeasurably in their favour.


LET IT SINK IN: it's optimistic conservatives, NOT liberals, who need to manage their expectations re Synod outcome

I think that today, this work is often considered done in Pope Saint John Paul II's Theology of the Body, but that was a series of talks which provided his own pastoral and evangelical reflections and speculations which were supplementary and a catechetical application meant to provide an apologetic to Humanae vitae. I know theologians of more orthodox and more liberal leanings who say it is valuable, but incomplete. It was radical that JP II spoke about these issues in such a way, and that is probably why it was so latched onto and has become so important in modern catechetics, but it was not as Magisterial as an Encyclical or even an Apostolic Exhortation. Much good could be done with a proper worked out theology of human sexuality in my opinion, it's the most thing I get asked to talk about as a catechist.

I am disappointed that, instead of concentrating on this important work, the Synod fathers have been distracted arguing over issues which, in that they fundamentally contradict Catholic doctrine, have no possibility of becoming anything more than a wacky proposal. For example, it now appears that the "Kasper proposal" has garnered no more than the support of  25% of the Synod Fathers, 75% are against it, as one would expect, despite the Synod being packed with known liberals (though it's incredible that even 25% were with it if you ask me).

To me, this all adds up to a missed opportunity to make real advances and help families, in the way the World Meeting of Families was helpful and inspirational for families. It is misdirection and I agree with Joe in that the very fact that such contradictory ideas were being mooted leads me to believe that things are going to have to get worse before they get better (can it get any worse?). It will eventually get better, because what is as clear as the nose on your face is that the liberalising agenda is utterly sterile, and orthodoxy is fertile. There are clearly still quite a few Fathers who refuse to acknowledge this reality however.


POPE FRANCIS’ PRAYER
FOR THE SYNOD IN ROME

Jesus, Mary and Joseph,
in you we contemplate
the splendour of true love,
to you we turn with trust.

Holy Family of Nazareth,
Grant that our families too
May be places of communion and prayer,
Authentic schools of the Gospel
And small domestic churches.

Holy Family of Nazareth,
May families never again
Experience violence, rejection and division:
may all who have been hurt or scandalized
find ready comfort and healing.

Holy Family of Nazareth,
May the Synod of Bishops
make us once more mindful
of the sacredness and inviolability of the family,
and its beauty in God’s plan. 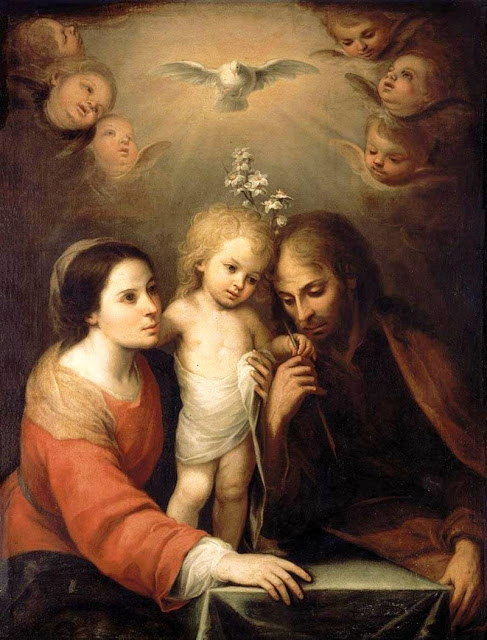