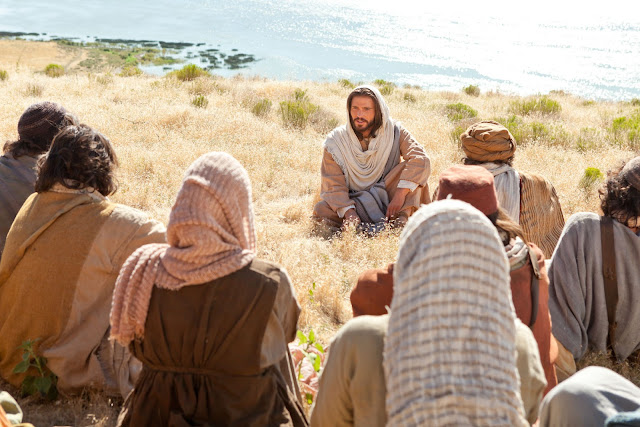 With Synod fever gripping the Catholic world, there is a great deal of talk of "mercy", the Holy Spirit (who only seems interested in progressive change, if those that invoke him are to be believed) and "meeting people where they are".

As someone who has a little understanding of Theology, what surprises me most about what I am hearing, is the lack of systematic approach, the amount of inconsistent waffle. The phenomenological approach evidenced by this process contradicts the Thomist/ Aristolean ontological approach long endorsed by the Church.

This article is well worth a read to remind us that what the Church has always taught is right and good and true and does not need changing.

I think it is important to acknowledge that we must, as Church, be a welcoming family. As Cardinal Wuerl said


a father and mother try to speak very clearly to their children. But if they don’t understand you offer to help them understand, you don’t start by saying: ‘you are not a part of this family any longer’.

However, I'm not sure that is what the Church has ever said? Rather, following Christ, we call to conversion, to a better way of being, to a happier life. We do not go to meet them and dwell in sin with them, but call them from that sin.

Could it be that the value of exhortation is missing? Are we not exhorted to be perfect as our Father in heaven is perfect (Mt 5:48)? Are we not called to live lives of holiness and integrity, and is it not these lives that make us both patterns and teachers of the Gospel? Isn't the most inspiring evangelist the one whose own life is transformed in Christ? In whose heart the Holy Spirit dwells? This is a rare thing, but we all know men and women who have modelled Christ to some extent, should we not all be trying to be Saints?

There is a natural tension in this which has always existed. We hear about it in the Gospel last Sunday. The dichotomy of leadership and humility, of greatness and holiness. If we succeed in holiness, we must not consider it makes us better. And indeed, my own experience is that the closer one draws to God, the more one recognises ones own brokenness.

This potential dichotomy was dealt with masterfully by Cardinal Burke when he spoke at the SPUC Youth Conference back in March.

Cardinal Burke explained how this humility must be our tool and weapon. Daily examination of conscience and act of contrition which aids us in preparation to receive the Eucharist and acts as a powerful impetus to receive the Sacrament of Reconciliation. It is this fundamental dimension of humility which then translates into a real, not contrived mercy, in our every day lives. It is recognition of our own failings and falls on the journey which allow us to reach out to others who fall with real love and help them ever onward in their journey towards Christ. It is this then that constitutes a personal holiness, an intentional discipleship, which seeks God always and seeks to bring others closer to His mercy.

This homily by Father Dan Danielson, shows how the Synod (now widely dubbed the "Sin-nod" on the internet) is leading people astray. It appears to me to be people who want to be led astray mainly, but there it is. In this homily, Fr. Dan all but endorses same-sex "marriage." Father John Trigilio Jr., author, EWTN personality, and president of the Confraternity of Catholic Clergy, responds to Father Danielson's assertions thus (with my emphasis):

Mother Angelica often spoke about misplaced or misguided compassion. It is when someone wrongly tolerates or permits an immoral act out of a desire not to offend the sinner. The intention not to offend is good, but it can never contradict the truth. It has no power to alter reality. An evil act is not good merely because a good person does it. It is of a higher priority that our love of neighbor sometimes requires fraternal correction as called for in Sacred Scripture.

Fear of offending must yield to admonishing the sinner if they're in spiritual danger. Some souls are perilously moving toward eternal damnation. It would be criminal negligence were we to remain silent or, worse, to tolerate and condone the dangerous behavior.

Imagine persons with serious drug addictions being given money from family and friends so they can buy their dope. That's misguided compassion. You're not helping even though you're avoiding offending or upsetting the addict. Yet, if I truly love him, should I not risk rejection and tell him the truth? Am I not morally obligated to refuse material cooperation in evil even though I already have refused formal cooperation?

What about giving a pregnant mother a ride to the abortion clinic rather than have her get upset when I refuse? Love sometimes requires us to say no. It may not be enough to just not say yes. Expressing refusal of bad behavior is not judgmental.

Father Danielson is guilty of misguided or misplaced compassion. It is laudable that he wants to show compassion and mercy to those who suffer from same-sex attraction. Whether or not the homosexual orientation or inclination is biological, psychological or sociological is not the issue.

The Catechism of the Catholic Church is clear, as has been the Magisterium. The orientation or inclination itself is disordered, while homosexual activity is immoral and sinful. Any and all sex outside of marriage is immoral and sinful. The sixth commandment is applicable to all human beings regardless of their sexual disposition.

Father Danielson is grossly mistaken when he asserts, 'So while the Church's teaching is certainly in general correct, it does not work out that way in many instances.' This is doctrinally erroneous and morally incorrect.

The natural moral law and the divine positive law are not arbitrary. They exist to promote and protect the common good. Doing what is sinful is not just unlawful; it is injurious. Sin and moral evil are lethal threats to the life of grace. They endanger the soul. Just as there are unhealthy habits one needs to eliminate and avoid in order to stay alive, so, too, in the spiritual life.

Compassion for the homosexual means accepting and treating them as a child of God. It also means warning them about dangerous behavior such as engaging in immoral sexual activity. Marriage is the keystone and cornerstone of the family. It is of divine origin and it is between a man and a woman. Pretending or acting as if gay marriage was an alternative or viable option is dangerous as well as erroneous.

Two people in love are not de facto candidates for parenthood merely because of their mutual affection. Parenthood is biological, emotional and spiritual. It is built on marriage. Hence, the best mother and father are a husband and his wife. Marriage alone is not the only factor, but it is an integral one nonetheless. Children deserve a mom and dad who are married to each other. Separated or broken families should be the exception, not the norm nor an alternative.

Two men or two women cannot become spouses any more than a brother and sister. It violates nature. It doesn't mean both do not love each other. Father Danielson muddies the water at best and creates a moral cloud at worst. Jesus did not condemn the woman caught in adultery and thus prevented her being stoned to death. But He also told her to go and 'sin no more,' so she avoided spiritual death (mortal sin) – much worse than physical death.

Human persons can have a homosexual orientation or a heterosexual orientation. Their sexuality does not define them, however. A human person is a corporal body and immortal soul, endowed with an intellect and will, made in the image and likeness of God. It is unjust to reduce a person to one aspect or component of their entire being.

Therefore, Holy Mother Church rightfully teaches that all men and women are called to live moral lives of goodness and seek to become holy by doing the will of God. Condoning or tolerating that which is immoral, sinful and evil is itself an evil, i.e., a privation of good.

What we should do is not give a wink and a nod, nor a blind eye and deaf ear, but a loving, compassionate and correct word of salvific truth. Sinful acts can kill the life of grace and may endanger a person's soul for all eternity. To hide or ignore that is not love; it is a culpable sin of omission. 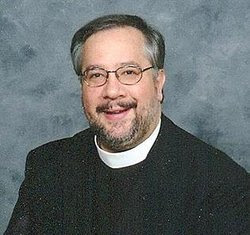