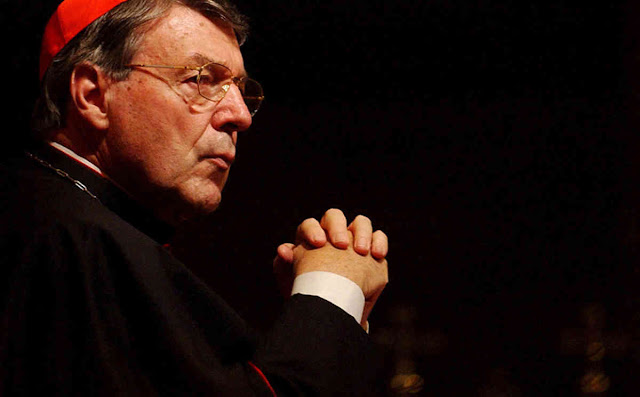 A statement has been released by Cardinal Pell. It reads as follows: 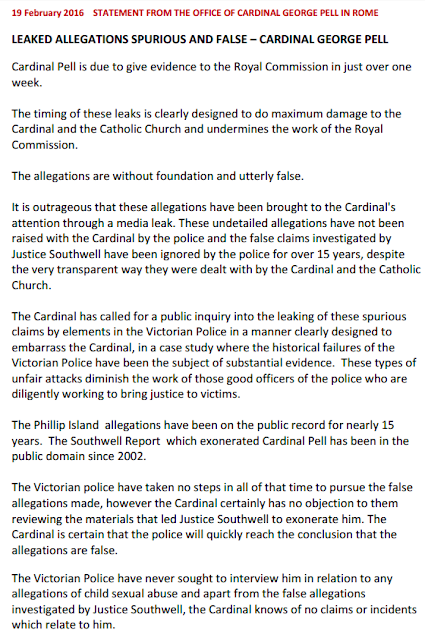 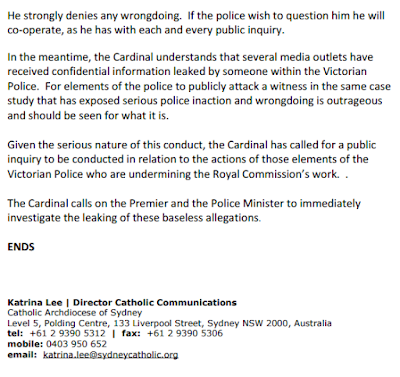 Tim Minchin's new song "Come Home (Cardinal Pell)" gives an indication of the level of public debate in Australia at present. If one has the stomach to read through the comments underneath, it is clear that commentators are completely uninterested in getting to the truth of the matter; they simply want to (metaphorically, I hope) flog Cardinal Pell and drag him publicly through a vicious, abusive mob.

My journalist friend Ruari McCallion has looked into this in some detail and he points out that it doesn't matter how many times it is demonstrated that the Cardinal has already testified, several times, or that he actually set up the fund and protocol that compensates victims, it matters not a bit - they aren't interested. They want their victim, they want him publicly humiliated, and they want him now.

The damage inflicted on the people who truly suffered and their interests are actually irrelevant, to these people.

Tim Minchin probably thinks he's being all groovy, rebellious and standing up against The Man. If he looks hard enough and follows connections back from whoever it was who inspired him to write this little ditty, and - perhaps more important - whoever it was in the media and/or the entertainment business who said it was a great idea and could guarantee air time and exposure, follow that skein of connections...

It might very well end up with someone with a financial interest.

He could start his quest by asking himself: why didn't anyone suggest he go after Paul Bongiorno?

To me, all this seems very fishy, especially considering Cardinal Pell was so stalwart in defense of Traditional Marriage and Church teaching at the Synod and is in charge of sorting out the Vatican finances. One might almost think someone was out to get him?

I've sat with Cardinal Pell and looked into his eyes. He struck me as a decent man, a no-nonsense man. An experienced man well used to the weight of leadership. I know he is not perfect, I'm not saying he is, but given the history of this and his willingness in the past to testify and assist justice, I would be dumbfounded to find he was involved in anything remotely untoward.

Please pray for him.