What happens when we die? 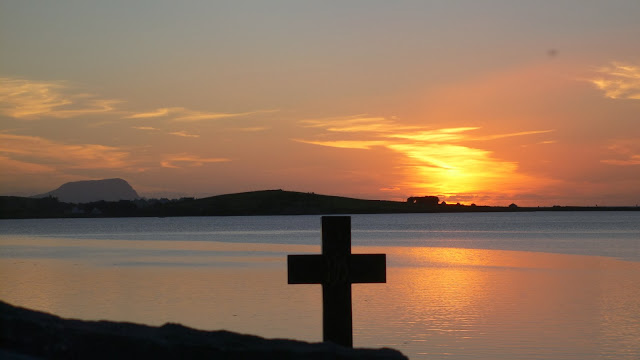 One really common question people ask is what happens when we die?

Interestingly, all people at all times all over the world have believed in life after death. Only in modern times, when the cult of scientism has dominated secular understanding almost completely, do many people completely deny the possibility of life after death. I think they are afraid of the light, afraid that there will be consequences for their behaviour.

Scientism has been the subject of warnings from several Popes, perhaps the clearest explanation comes in Fides et ratio:

"Another threat to be reckoned with is scientism. This is the philosophical notion which refuses to admit the validity of forms of knowledge other than those of the positive sciences; and it relegates religious, theological, ethical and aesthetic knowledge to the realm of mere fantasy. In the past, the same idea emerged in positivism and neo-positivism, which considered metaphysical statements to be meaningless. Critical epistemology has discredited such a claim, but now we see it revived in the new guise of scientism, which dismisses values as mere products of the emotions and rejects the notion of being in order to clear the way for pure and simple facticity. Science would thus be poised to dominate all aspects of human life through technological progress. The undeniable triumphs of scientific research and contemporary technology have helped to propagate a scientistic outlook, which now seems boundless, given its inroads into different cultures and the radical changes it has brought.

Regrettably, it must be noted, scientism consigns all that has to do with the question of the meaning of life to the realm of the irrational or imaginary. No less disappointing is the way in which it approaches the other great problems of philosophy which, if they are not ignored, are subjected to analyses based on superficial analogies, lacking all rational foundation. This leads to the impoverishment of human thought, which no longer addresses the ultimate problems which the human being, as the animal rationale, has pondered constantly from the beginning of time. And since it leaves no space for the critique offered by ethical judgement, the scientistic mentality has succeeded in leading many to think that if something is technically possible it is therefore morally admissible." Fides et ratio n. 88

I've often wondered how, if we are merely the product of evolution, is it possible that we have a sense of the ghost in the machine? Of a spiritual or metaphysical reality? The answer is because it's pretty obvious. I think anyone who has seen a dead body knows pretty much straight away that something has gone. The thing that made that body a person is not present. It is the most obvious and real thing you can say about a dead person. If all we had observed was death and nothing else, in a world where everything is in flux and decay, why would all human beings everywhere postulate life after physical death?

At our Deanery Lenten talk last Monday, Fr. Jeff Woolnough gave a talk which really got me thinking about a few things. It was really strong on the juxtaposition of mercy with justice. And he lead a rather Ignatian reflection on Pilate waking up and seeing the Lord made me think that Pilate would wake up terrified, knowing he was to be judged by He who he judged and sent to an unjust death. Is this how it will be for us then? If we put ourselves in that position, and imagine waking up and seeing the face of the Lord, do we feel love? Relief? Fear? Perhaps reflecting on this provides us with important insight to the state of our immortal soul and can therefore provide us with necessary steps to resolve our situation. This is hugely beneficial for all of us, especially in Lent!

It also got me thinking about one of the most difficult dimensions of our faith. Who is saved? Who is condemned? The terrifying judgement passage in Matthew 25:31-46 really gives all of us something to think about. I know from talking to some older people that they particularly worry about their children who have lapsed from the faith. It is important to remember that you cannot be guilty of something you knew nothing about. This is what Fr. Jeff was saying about our limiting Jesus' mercy. We have a duty to form our consciences and the judgement passages in Scripture serve as important warnings for all of us in this regard.

I think Pope Benedict XVI provides really sound and deeply comforting teaching on this in his encyclical Spes Salvi. I've blogged a passage from it before here: http://marklambert.blogspot.co.uk/.../purgatoryspes-salvi...

So, what is the official church teaching on what happens after our earthly bodies die: Are we "dead" until Judgment Day or do we immediately go to heaven, hell, or purgatory?

Although physical human bodies die, human souls never die. The Catechism of the Catholic Church teaches that every spiritual soul "is immortal: It does not perish when it separates from the body at death, and it will be reunited with the body at the final Resurrection" (CCC 366).

So at the moment of death, the soul separates from the body, is judged immediately, and enters either heaven (immediately or through purgatory) or hell.


Each man receives his eternal retribution in his immortal soul at the very moment of his death, in a particular judgment that refers his life to Christ: either entrance into the blessedness of heaven—through a purification or immediately—or immediate and everlasting damnation. (CCC 1022) (For scriptural evidence of this, see Luke 16:22; 23:43; 2 Cor. 5:8; Phil. 1:23.)

Every soul will unite with its resurrected body just prior to the Last Judgment ("Judgment Day") when Christ returns:


In the presence of Christ, who is Truth itself, the truth of each man’s relationship with God will be laid bare. The Last Judgment will reveal even to its furthest consequences the good each person has done or failed to do during his earthly life . . .

The Last Judgment will come when Christ returns in glory. Only the Father knows the day and the hour; only he determines the moment of its coming. Then through his Son Jesus Christ he will pronounce the final word on all history. We shall know the ultimate meaning of the whole work of creation and of the entire economy of salvation and understand the marvelous ways by which his Providence led everything towards its final end. The Last Judgment will reveal that God’s justice triumphs over all the injustices committed by his creatures and that God’s love is stronger than death. (CCC 1039-1040)

Worth meditating on over Lent. Are you ready to close your eyes? When you open them and see the Judge, what will your first reaction be?
afterlife death eschatology judgement