The Dictatorship of Relativism. 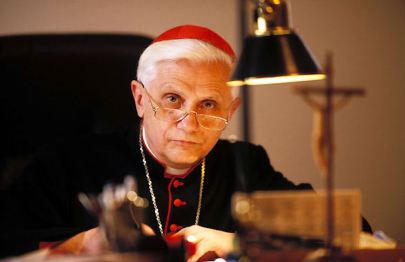 On Monday April the 18th, 2005, after the death of Pope St. John Paul the Great, Joseph Cardinal Ratzinger gave a homily to the conclave of cardinals which had gathered at the Vatican to elect the next pope. This homily was phenomenal and as important and true today as it was in 2005:

"How many winds of doctrine have we known in recent decades, how many ideological currents, how many ways of thinking. The small boat of the thought of many Christians has often been tossed about by these waves - flung from one extreme to another: from Marxism to liberalism, even to libertinism; from collectivism to radical individualism; from atheism to a vague religious mysticism; from agnosticism to syncretism and so forth. Every day new sects spring up, and what St Paul says about human deception and the trickery that strives to entice people into error (cf. Eph 4: 14) comes true.

Today, having a clear faith based on the Creed of the Church is often labeled as fundamentalism. Whereas relativism, that is, letting oneself be "tossed here and there, carried about by every wind of doctrine", seems the only attitude that can cope with modern times. We are building a dictatorship of relativism that does not recognize anything as definitive and whose ultimate goal consists solely of one's own ego and desires."