Watershed Moment For Culture of Death in Spain? 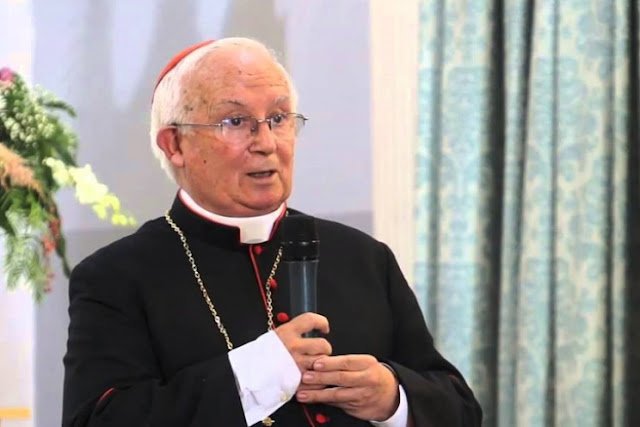 In a homily on May 13, Cardinal Antonio Cañizares Llovera, the former prefect of the Vatican’s Congregation for Divine Worship and current archbishop of Valencia, took a solid stance against the culture of death. He said:

“The family is being stalked today, in our culture, by endlessly grave difficulties, while it suffers serious attacks, which are hidden from no one.

We have legislation contrary to the family, the acts of political and social forces, to which are added movements and acts by the gay empire, by ideologies such as radical feminism, or the most insidious of all, gender ideology.

When the family is attacked or is diminished, the most sacred forms of human relationship are perverted.”

And he is dead right.

Feminist groups in Spain have called for the government to prosecute Cardinal Cañizares for daring to denounce the influence of the “gay empire” and gender ideology.

I can't help but wonder if this marks some kind of watershed moment, which will see the beginning of a trend to prosecute (and thereby persecute) the Church for daring to stand up against the prevalent secular narrative.

I'm convinced that we will not really realise how much trouble we are in with these agendas until the persecution really begins. Our leaders have spent so long now compromising with those who seek nothing other than the destruction of the Church that many people consider these agendas normal and even progressive. The trouble is, they fail to recognise that there is no compromise between right and wrong.

Please pray for the Cardinal and for Spain.