Some wise advice about our current pontificate

July 04, 2016
I came across this homily posted on this blog today and found it so useful, I thought it would be well worth sharing here. The blogger, Cynthia, states


What I loved about the homily is that it clarified my general approach to the confusion created by Pope Francis’ pontificate. I try to stay balanced. Balance is key. If you go too far to the left, you end up being in denial and if you go too far to the right, you might end up leaving the faith.
If you have been feeling frustrated almost to the point of despair, by the Holy Father’s interviews, please take some time and read the homily below.


Homily preached by the Reverend Peter M. J. Stravinskas, Ph.D., S.T.D., on 3 July 2016, the external Solemnity of Saints Peter and Paul (Extraordinary Form), at the Church of the Holy Innocents, New York City. 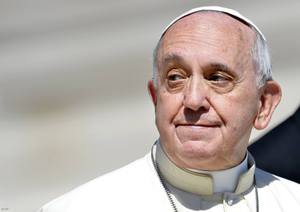