Fr Hugh made an Abbott 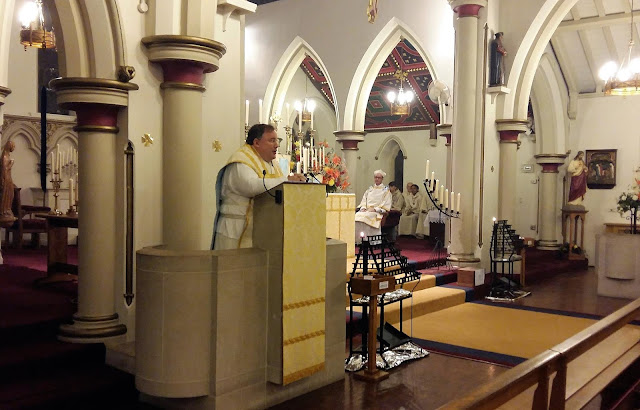 Some really good news this week in that Fr Hugh Allan OPraem, Prior of Norbertine Commuinity of St Philip's Priory, Chelmsford, has been appointedcas the new Apostolic Administrator of the Prefecture of the Falkland Islands and Ecclesiastical Superior of the Missions sui iuris of the islands of Ascension, St Helena and Tristan da Cunha ad quinquennium (for a period of five years).

Fr Hugh succeeds Monsignor Michael McPartland SMA who has been incumbent of this post since August 2002. Monsignor McPartland, having reached the canonical age of retirement, submitted his resignation so that a successor could be appointed.

Fr Hugh said, upon hearing of his appointment:

“I am delighted to receive my appointment as Apostolic Administrator. The day after I received the letter from the Nuncio I visited Monsignor McPartland and received his blessing to begin this new mission for the people of the South Atlantic. I hope and pray that we will be able to build on the excellent gift of service he has given so generously to the Church. My thanks as well to Cardinal Nichols and the Bishops’ Conference for their kindness and support. Pope Francis has asked us to take mercy to the ends of the earth. I hope and pray that the gift of mercy will be at the heart of this new moment in the life of the family of God in the South Atlantic.”

In recognition of his appointment as Apostolic Administrator, the Abbot General of the Norbertine Order has elevated Fr Hugh to the title of Titular Abbot of Beeleigh. Beeleigh Abbey near Maldon in Essex, was a monastery constructed in 1180 for the Norbertines (or Premonstratensians) and is of historic significance for the Norbertine Order in this country. You can read some more about it in this post from December 2014 when I attended the first Mass of a newly ordained Norbertine at Chelmsford. Fr Hugh is exceptionally good and holy man and we are blessed to have him in Brentwood. He is much loved by laity and clergy alike and the Priory at Chelmsford has become a focal point for good liturgy and teaching.

I have to admit I was a bit scared that this news meant that he would be moving to Argentina, but apparently he's going to manage things from here. Phew! 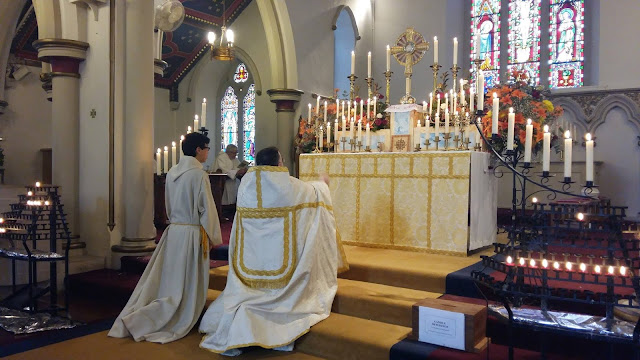