Night of the Long Knives at the CDW 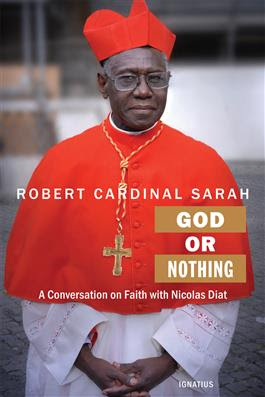 Following on from yesterday's news about the changes afoot in the Italian Diocese of Albenga-Imperia, we hear that the Pope has appointed 27 new members of the Congregation for Divine Worship.

The Vatican announcement can be read here.

A report from Catholic Culture here.

A report from La Croix here.

The new appointments give a distinctly more liberal character—as well as a more international complexion—to the congregation. The changes seem likely to curtail the work of Cardinal Robert Sarah, the prefect of the Congregation, who has been a leading proponent of more reverent liturgy and of “the reform of the reform.”

Which is rather disturbing if accurate. I note that one of the appointees is Bishop Alan Hopes of East Anglia, who is a promoter of good liturgy and a good bishop.


Cardinal Robert Sarah remains the Prefect of the CDW. However, the new membership of his Congregation makes him virtually isolated; it is hard to see how he can still push forward his hopes for some measure of "Reform of the Reform" in the years left to his tenure (he is now 71)

This does appear in the first instance to be directly related to Cardinal Sarah's attempts to promote a reform of the reform see here and here. The latter from Cardinal Sarah led to a rather embarrassing error from Cardinal Nichols who mistranslated the Latin of the GIRM as noted by the linguist Rev Dr Hunwicke of Lancing College here for example. Fr Hunwicke also makes direct reference to Cardinal Nichols statement here. Well it all gets very technical, but, as I mentioned yesterday, what really shocked me was (as Fr Hunwicke notes) the speed and clarity of Cardinal Nichols' rejection of Cardinal Sarah's proposal, whereas, it seems one can get away with practically any progressive liturgical innovation one wishes, without any sort of comment whatsoever, from clown masses to liturgical dance, it's all fine, just don't do anything sacred or Catholic. Honestly, sincerely, I find this utterly baffling.

I also feel the argument probably appears incredibly remote and irrelevant to most people. However it is probably at the heart of the Church, because Liturgy says who we are; lex orandi, lex credendi: as we worship, so we live. It is prayer which leads to belief, or that it is liturgy which leads to theology.

I think we should all redouble our prayers for the Holy Father, the CDW & the good Cardinals.