Social Engineering Ramps up in the approach to Christmas 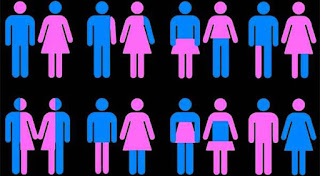 Christmas is almost upon us, and it is notable the way in which the BBC seem to ramp up their campaign of social engineering at this time of year, with a lovely little Christmas advert/ skit with two grown men kissing see here. I can't help but see an attempt to normalise homosexuality in this, another little push at the boundaries. And many people will see nothing wrong in that I am sure. I'm sorry, I do see something (a lot) wrong in it, and I also see it as a part of a constant barrage of attacks on morality which confuses children and promotes promiscuity.

Meanwhile, Caroline Farrow draws attention to the utter insanity which is being promoted as normal these days here. As she states,


"a transgender woman has an entirely different anatomy to the common or garden woman; certain things are missing and others have needed to be rewired."

This in the context of a new show on BBC 3, (BBC again you'll notice).

This week on the BBC appears to be contraception week. Two stories which might particularly be worth analysing in a little more detail - this one saying that you probably won't die if you take the pill and the other claiming that cuts to contraceptive services will mean more abortions.

If abortion is morally neutral where is the issue? But it's worth noting that several members of the Advisory Group on Contraception are paid staff for BPAS & Marie Stopes. The more people who have contracepted sex believing it is safe, the more custom for them.

In today's crazy mixed-up world, all this is seen as "sensible" because we are approaching Christmas Party Season, inevitably a time of over-indulgence and unplanned sexual encounters. So best you stock up on the contraceptives to make sure you don't have to consider any consequences before getting amorous in the store room.

So much so that after a priest I know posted an article about Bishop Mark Davies superb letter to schools in his diocese regarding gender theory, I noted someone shared it stating "This is why I can't be Catholic". These comments left me honestly aghast at just how far we have come to utter insanity ruling the day completely.

Coming in the same week that it was reported that OFSTED are telling teachers to stop calling pupils boys and girls in gender diversity drive.

The excellent Bishop Davies has warned Catholic schools and colleges of the dangers of the “ideology of gender” that is spreading throughout the western world.

In a letter “On the Truth of the Human Person” sent this week to head teachers, chairs of governors and heads of religious education in the Diocese of Shrewsbury, the bishop noted that there were now “many questions” facing schools arising from the ideology of gender, the theory that personal choice is sufficient to determine a person’s gender rather than his or her biology.

Bishop Davies said Catholics had a duty to welcome people who may “experience difficulty identifying with their biological sex”.

But he warned schools against the promotion and acceptance of the new ideology of gender “which is beginning to permeate social consciousness with far-reaching consequences”.

In his letter Bishop Davies offered educationalists a summary of papal and magisterial teachings on the truth about the human body and sexuality, quoting from Pope St John Paul II, Benedict XVI, Pope Francis and from the Catechism of the Catholic Church.

He said: “We know that sex is determined by physical characteristics which start to develop from conception. The Scriptures speak of these sexual differences being willed by God from the beginning (Genesis 1:26-27); they come into existence when we are conceived, as science universally affirms; and this complementarity of man and woman is ordered to procreation in which father and mother collaborate with God in the coming to be of a new person.

“We must always show genuine love and understanding to those who are swayed or fall victim to the errors of our times,” the bishop said. “However, we can never compromise the truth of our faith nor allow the truth about the human person to be obscured, for that would be a false charity.

“Today, the Church is being called to defend this very truth of the human person,” he said. “We find ourselves at a moment when we must ponder more deeply God’s love for us revealed in the human nature he gives us in creation – it is the same human nature which, in the mystery of the Incarnation, God the Son took to himself in becoming flesh.”

Thank God for some common sense. The other side of the argument is saying this: 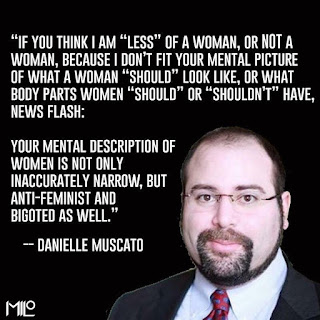 I firmly believe that affirming this sort of thing is encouraging mental illness. As Bishop Mark states, there are people who struggle with all kinds of issues, but affirming their delusion & contradicting their created, factual, biological reality by mutilating their bodies through surgery & hormone treatment can surely not be the answer?

A very nice, intelligent, liberal friend of mine, who is very comfortable with gay marriage etc, recently said to me that this is the thin end of the wedge, and while they don't have any sort of issue with people's private sexuality, when they start forcing it on our children...That is a step too far.

Well, I couldn't help but think that was an interesting perspective. For me, if you have been calling for gay rights and thinking that's equality, you may very soon feel rather sorry that you are getting a little too much of what you wished for. Or maybe you didn't, you just didn't understand what exactly it was you were wishing for when you encouraged these people in the name of being "nice".