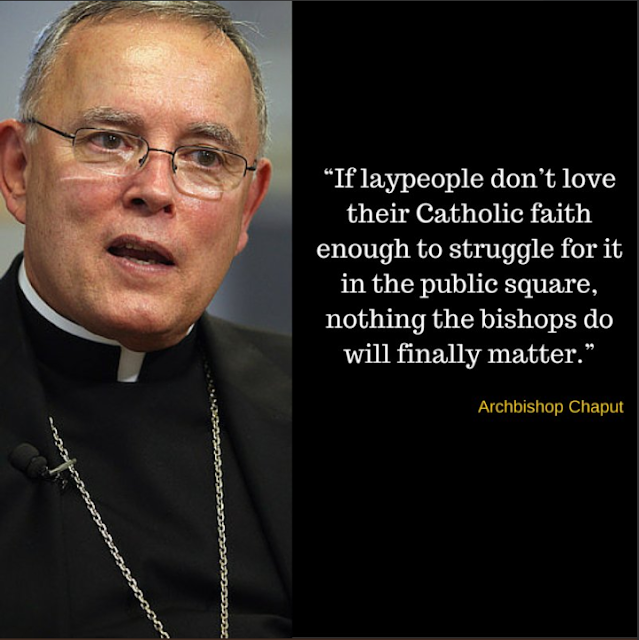 If I'm honest, most of the ageing Catholic congregation in my Parish would say "Crisis? What crisis?" with respect to the current situation in the Church. If I rattled off a few concerns, they would likely say "Where on earth are you getting all this information, it's all news to me!"

Some, much smaller number might have read some stuff in The Catholic Herald, or one of the other Catholic news publications, but might not really grasp the seriousness of the problem we currently face. They like the smiley, friendly Pope and don't have any grasp of the obvious, numerous and atrocious theological problems with his writing.

Although my own faith was gifted to me by my parents at birth, and my greatest Catholic role model was undoubtedly my Irish Grandmother, Mary, I would say that generally speaking, us cradle Catholics are pretty poor at practising our faith. It is more likely to be a cultural thing, something we were born with, some part of our identity. Many of us don't really bother much with it, it is much like being Italian or Irish, it is just part of the tapestry of influences that make you who you are.

By contrast, converts to the faith of my acquaintance, tend, by and large, to be people who have made a pragmatic assessment and then a conscious choice for the Church. It has long been my experience that they are more committed (even to the point of shaming cradle Catholics) and better informed.

In the world of this incredibly divisive Franciscan Papacy, we find three main camps. Those who are concerned, those who support Pope Francis, and those who are unaware.

In the middle camp, the main cheer leading comes from inside the Vatican itself, with a growing number of embarrassing pseudo-intellectual discourses which are then ritually disembowelled by thinking Catholics.

One of the main cheer leaders for the Pope has been Austen Ivereigh, who specialises in arrogant and bellicose invective which appears almost Gnostic in the fact that it seems he is trying to say that only he really understands what is actually going on and everyone else is getting worked up about nothing.

The way in which he achieves this; his modus operandi, has been analysed by Dr Joseph Shaw here. From this analysis, the most striking revelation is that Ivereigh is much better at arguing than he is at discerning the reality or truth of an argument. Shaw explains:


Ivereigh is an incomparably more sophisticated media operator than Loftus, but what's is particularly striking about his latest column is how appallingly rude it is. He doesn't just casually refer to his opponents as neurotics: he goes to some lengths to suggest he is using the word in a technical, medical, sense. He is really, truly, saying that half a dozen named Catholic journalists and commentators are mentally ill, for the simple reason that they disagree with him. Outrage is absolutely appropriate, but I fancy it will get us all nowhere.

I suppose it's worth stating the obvious, that the approach I've described deepens divisions and embitters opponents, and that it is contrary to charity and intellectually dishonest. But hey, all's fair in love and war, isn't it?

Dan Hitchens does an excellent job of highlighting the errors and inconsistencies in Austen Ivereigh's bizarre attack.

He starts by demonstrating that those on Austen's "side" (if you like) lack any sort of concensus, and can be shown to be pointing the finger in all sorts of directions. Dan draws together some of the bizarre theories which have been bandied around, sometimes by quite senior figures (who should know better), and which lay the blame for the current concern and confusion at various disparate sources:

In the last few years, many Catholics have become uneasy about statements coming out of Rome, and about the general direction of the Church. But which Catholics? According to a recent article in the Vatican newspaper, the “main obstacle” is “a good part of the clergy”. Then again, an article in Crux last year identified those “going against the Pope” as “almost always lay”.

Some believe that the issue is geographical: Massimo Faggioli describes an unease about the Church changing its style “from a Western one to a global religion”. Conversely, Cardinal Walter Kasper has said that the recalcitrant tend to be African or from “Asian or Muslim countries”.

That's quite a round up of different theories! It is in this context that Hitchens shows that Ivereigh's own theory follows none of the above, but instead puts the blame on critics being 'converts'. The idea is patently nonsense. People who are concerned are people who love Christ and love the Church, as Dan explains:

Because of my job, I hear a lot of unsolicited opinions about the state of the Church, and I can tell you that there is anxiety among priests and laypeople, Westerners and Resterners, Vatican officials and stay-at-home-mums, distinguished professors and simple folk, pious old ladies and opinionated young men, High Tories and Corbynistas, dour traditionalists and smiley cheerleaders for Vatican II. The most shocking stories I have heard are of people losing their faith or priests leaving the priesthood. Some of the saddest are of gay or divorced Catholics who have made great sacrifices to follow the Commandments, and feel that their efforts are being treated as meaningless.

You see, Austen's captious rhetoric is not intended to be honest or enlightening in any way, it is just a petty swipe at some fellow journalists who, it seems, disagree with him. Sign for me that the problem he is so adamant does not exist, is very real, and illuminated by the division he perpetuates by insisting on being an apologist for chaos.