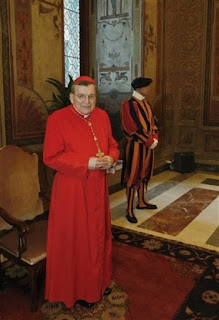 Cardinal Raymond Burke has said his appointment last week as a member of the Supreme Tribunal of the Apostolic Signatura, the Church’s highest judicial authority, is not a full-time position but will allow him to serve as one of the court's judges when requested.

“Some of the faithful have misunderstood the appointment, thinking that I am now returning to serve full-time in the offices of the Apostolic Signatura,” Cardinal Burke said in an Oct. 2 statement responding to enquiries from journalists. “Members of the Roman dicasteries, apart from the prefect, do not serve full-time but offer their assistance, when it is requested by the prefect.”