THE COLLAPSE OF CONFIDENCE

October 31, 2017
This is from an article at The Catholic Thing 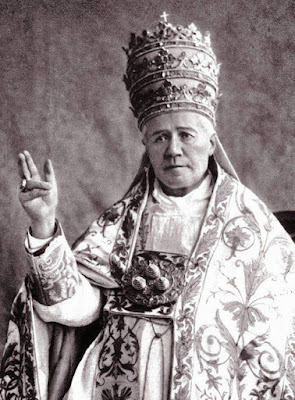 Fr. Mark A. Pilon writes: 'We have failed to maintain discipline about truth. When we are unwilling to defend the truth, truth itself becomes mere opinion.'

'Vatican II had affirmed the authority and responsibility of individual bishops as true successors of the apostle [but] after the Council discipline mostly collapsed, at least when it came to safeguarding the faith.

Witness the open and massive dissent from Humanae Vitae - a formal reaffirmation of a constant teaching of the Universal Ordinary Magisterium, which was defined as infallible by both Vatican I and Vatican II.

It’s hard to think of anyone among the “clergy, pastors, confessors, preachers, religious superiors, and professors in philosophical-theological seminaries” openly disciplined by his bishop for dissenting from this teaching.

Part of the problem was that several bishops were, themselves, dissenters, though secretly out of fear for repercussions.

Inevitably, the soft church became even softer when it came to the growing problem of Catholic laity and Catholic politicians openly supporting crimes against humanity such as abortion.

How could the bishops discipline them when they failed to discipline even their own clergy and teachers in Catholic universities?

The double standard would have been obvious.

So today we have a Church leadership that talks endlessly, but does virtually nothing to protect the faith of the little ones who were always the object of our Lord’s special love – and of the great popes of history.

Often this soft discipline is justified in terms of charity. But what about charity toward the little ones who are easily – and gravely – misled?

Ordinary Catholics know well that words are cheap unless they are backed up by action.

They know that no successful institution could operate the way the Catholic Church exercises discipline. If a person in authority contradicts the mission or disputes the principles that guide that mission, he will soon find himself out.

When bishops fail to discipline those who are in positions of grave responsibility, the ordinary person will no longer take a bishop’s words seriously.

Perhaps that is why so many ordinary Catholics have come to side with the secular world on abortion, divorce, homosexual “marriage,” you name it.

But the ultimate victim of a failure to maintain discipline is truth.

Fr. Mark A. Pilon, a priest of the Diocese of Arlington, Virginia, received a Doctorate in Sacred Theology from Santa Croce University in Rome. He is a former Chair of Systematic Theology at Mount St. Mary Seminary, a former contributing editor of Triumph magazine, and a retired and visiting professor at the Notre Dame Graduate School of Christendom College. He writes regularly at littlemoretracts.wordpress.com.