What's the point of a correction? 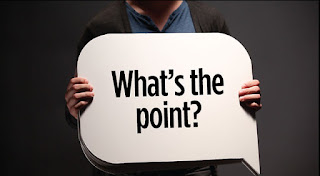 I thought this was an interesting article by Dr. Jeff Mirus at Catholic Culture. It is uneccesarily critical of the Correctio filialis, it seems to me, suggesting that, because there is nothing in any sense “official” or “canonical” about the filial appeal, it is a futile effort, in fact, just one of SIX corrections issued to Pope Francis so far as Edward Pentin reports:

"This is the sixth major initiative in which both clergy and laity have expressed concerns about the Pope's teaching, particularly emanating from Amoris Laetitia. Despite the repeated pleas and warnings of chaos and confusion, Francis has refused to respond or acknowledge the initiatives which are as follows, in chronological order:

Dr. Mirus notes with regard to these corrections and concerns:

The Pope has not responded directly to any of them. Instead, he prefers to continue to praise and approve those who agree with him while tarring all who disagree with his infamous rigidity brush. This latest “filial correction” is really quite late to the party.

This post smacks of defeatism, while I understand the points being made. The last line, whilst having a certain truth to it, seems to say we might as well give up!


The faithful have been presenting their concerns now for four years. Only grace can enable Pope Francis to respond as he should.

It seems clear that the Correctio has had a huge effect as Dr. Shaw notes on his own blog:


The New York Times and the Daily Mail, which both picked up the AP material, took the fairly obvious (to them) line that the Pope was being nice to people and that we want to take the sweeties away from the children - or something like that. (A Guardian comment piece says the same thing.) They paid us the incomparable compliment, however, of reporting us, and indeed of doing so at some length and with a degree of prominence, and the articles are hardly hatchet-jobs. The story of the 'Pope vs. conservative critics' has become part of the media narrative about Pope Francis, so it goes down without obstruction. But critical distance between the liberal media and what we might call the 'reforming agenda' in the Church seems to have opened up nevertheless, thanks no doubt to stories such as about Professor Seifert losing his job over criticisms Amoris laetitia. The liberals in the Church are less and less recognisable as such; the conservatives are clearly now the underdogs.
So now we have a story from CNN which is really very balanced, even favourable to us.
In the meantime, Catholic outlets seem to be divided between those who want to report the story in an objective or favourable way, who find themselves doing multiple stories as the news develops (Catholic Herald here and here, Lifesite here, here, here, etc.), and those who wish to play it down or ignore it completely. The problem for the latter is that it is too late: the mainstream media have already picked it up.

There's no doubt that the document has brought the issues to the wider attention of many and this only serves to demonstrate more clearly to the Holy Father how upset and concerned many of his flock are with the strange direction he is taking—away from the settled teaching of Christ and His Church. As Father Ray Blake heartrendingly posted on this recently, many clergy feel bullied not to sign this despite their concerns. Indeed, the learned scholar Fr. John Hunwicke suggested that this blog post might be more effective than Fr. Ray actually signing the Correctio himself! In a further blog on the subject, he suggests that some clergy will not sign because of their own intellectual integrity, i.e. they feel that they have not devoted enough time to study Amoris Laetitia to give their measured response in all good conscience:


just because someone like my friend has not signed the Filial Correction does not mean he is against it, he would certainly support those who have signed but more is desired for formally and publicly correcting a Pope or another Successor of the Apostles than mere fellowship or even a gut instinct. The Church of Jesus Christ is not a mob, the great flaw of Pope Francis is that rather than gathering the flock he is scattering it, sending many to wander in the desert or runaway in confusion and fear.

With Cardinal Parolin calling suddenly for dialogue, and Cardinal Burke appointed to the Apostolic Signatura once more in a move many see as a kind of appeasement from Pope Francis to his critics, can we really say that the Correctio is pointless? I think not! And indications have been that far from being the final act, the Correctio is merely the beginning. Can the Pope continue to ignore his critics and maintain the integrity of his office?