The English Weekly Edition of L'Osservatore Romano publishes an article attacking dissenters of Amoris laetitia, saying Pope Francis supports the Kasper proposal (explicitly rejected at the two Synods). By anyone's standards this would seem quite extraordinary, but it is also printing verifiable error! 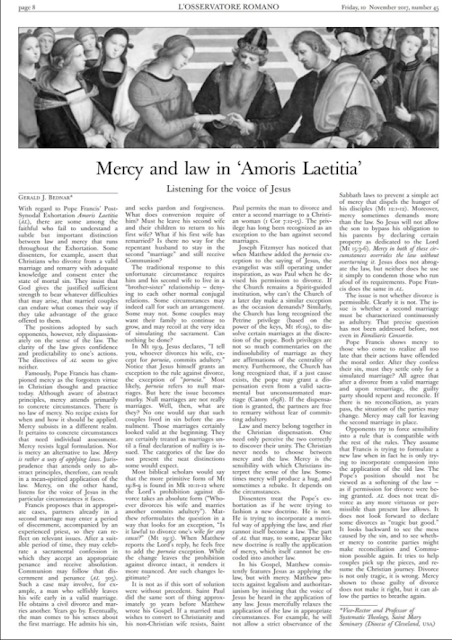 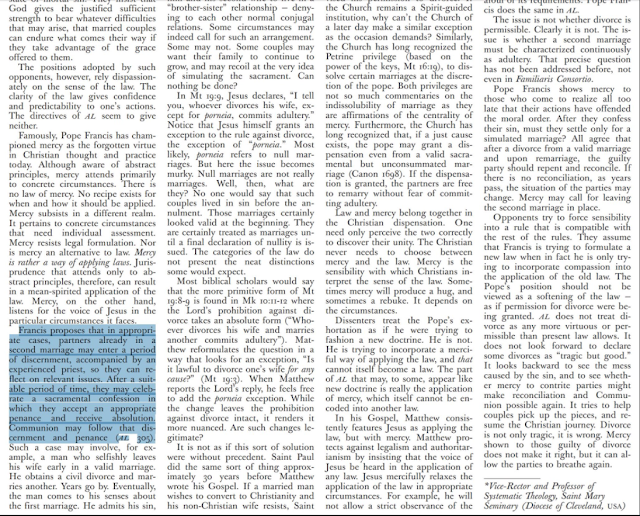 This paragraph (below) is completely ridiculous as well as being verifiably false. What an extraordinary thing for L'Osservatore to print?! This question has been addressed before, by Jesus Christ. It was also addressed in Familiaris Consortio (no. 84) which upheld the Church’s perennial practice of “not admitting to Eucharistic Communion divorced persons who have remarried,” unless they “take upon themselves the duty to live in complete continence.” Pope St. John Paul II actually emphasises the permanence of the discipline by insisting that it is “based on Sacred Scripture” (84).

In 1994, after a number of bishops and theologians had put forward certain pastoral proposals, strikingly similar to those found in Amoris Laetitia, (after all, we can see all these proposals in the National Pastoral Congress which took place here in Liverpool, England in 1980), allowing for exceptions to the discipline in specific cases, the Congregation for the Doctrine of the Faith under the auspices of John Paul II intervened and reaffirmed the traditional discipline, which it called “the constant and universal practice” of the Church: “This practice, which is presented as binding, cannot be modified because of different situations” (5). 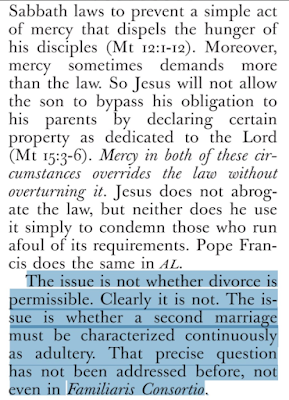 Pope Benedict XVI explained the truly pastoral approach that is under attack by those who appear to push a false mercy void of truth.

“Some say...that the rigidity of law prevails over an understanding of dramatic human situations. They claim that the human person of today is no longer able to understand such language, that Jesus would have had an open ear for the needs of people, particularly for those on the margins of society. They say that the Church, on the other hand, presents herself like a judge who excludes wounded people from the sacraments and from certain public responsibilities...”
“Assuredly, the word of truth can be painful and uncomfortable. But it is the way to holiness, to peace, and to inner freedom. A pastoral approach which truly wants to help the people concerned must always be grounded in the truth. In the end, only the truth can be pastoral.”
— Cardinal Joseph Ratzinger, (then) prefect of the Congregation for the Doctrine of the Faith.