Top Theologian: Pope committing “calumny” against some of his critics 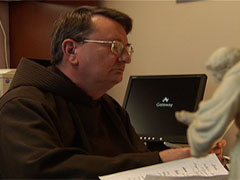 It has been revealed today that Father Thomas Weinandy, former chief of staff for the U.S. Bishops' committee on doctrine and currently a member of the Vatican's International Theological Commission, sent a letter to the Holy Father on July 31 criticising him for “demeaning” the importance of doctrine, committing “calumny” against some of his critics, and appointing bishops who “scandalise” believers with dubious “teaching and pastoral practice.”

He stressed the Holy Spirit is given to the Church, and particularly to the Pope, to “dispel error, not to foster it,” and that only the light of truth can free mankind from the blindness of sin.

He goes on to point out to the Holy Father that he seems “to censor and even mock” critics of Chapter 8 of his post-synodal apostolic exhortation, Amoris Laetitia, who wish to interpret it in accord with Church tradition, committing a “kind of calumny" that is “alien to the nature of the Petrine ministry.”

Elsewhere, he warned against the Pope’s concept of synodality, criticised him for resenting criticism (leading to silence from bishops), and censured Francis for being silent in the face of some bishops’ erroneous teachings and pastoral practice.


He closed by saying he believes the Lord has allowed all this to happen to show “just how weak is the faith of many within the Church,” and that ironically this pontificate has shed light on those who “hold harmful theological and pastoral views.”

Edward Pentin has the full text of the letter here.

Sandro Magister has an extremely powerful explanation from Fr Weinandy as to why he felt compelled to write such a letter and why he made it public here. It really is quite an extraordinary read!

I still wondered why he didn't make it public straight away, at the end of July, wondering if he had perhaps waited for a reply from the Holy Father, but that answer is given in Crux:

I guess to a lot of people scratch their heads when this happens, as when Fr Aidan Nichols criticised the Pope's 'doctrinal errors' a few weeks ago, because they don't have any idea who these people are. But for anyone who has studied theology, they're like an earthquake, because both Weinandy and Nichols are truly leading theologians in the Catholic Church. Weinandy authored the Christology course book for my BA Divinity at Maryvale: 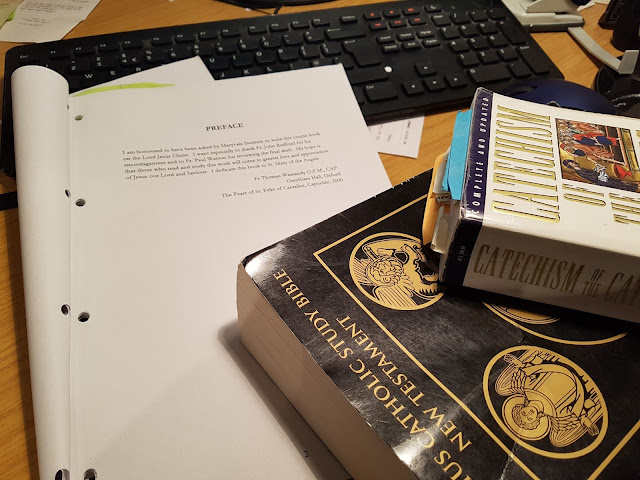 This is utterly unprecedented. The Church is dividing into camps and it seems all the greatest minds are on one side, and the other side is a mish-mash of Jesuits, progressives and heretics. The damage being wrought is extraordinary. I have heard so many stories of lay people nurturing all kinds of crazy ideas thanks to Pope Francis. Progressive clergy run rampant (today this extraordinary story from the Archdiocese of Berlin).

This is just the sort of thing referred to by Fr Weinandy in his letter which points out to Pope Francis that his pontificate “has given those who hold harmful theological and pastoral views the license and confidence to come into the light and expose their previously hidden darkness,” which, one day, will have to be corrected.

The sooner the better!