Abortion in the UK: David Vs Goliath 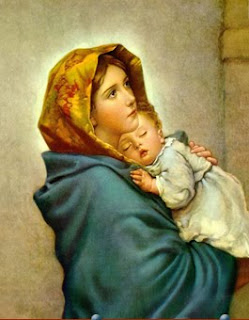 Clare McCullough of The Good Counsel Network (GCN) appeared before the UK House of Commons Home Affairs Select Committee last Tuesday to talk about alleged harassment by right-to-life groups outside abortion facilities, as I reported on in October here.

Here, she speaks excellently in describing the kind and peaceful nature of the vigils, and against the Select Committee’s utterly biased pro-abortion Chairperson Yvette Cooper MP, she shows the relevance of the voices of those women who have been helped by GCN.

A friend of mine, Clare, who has blogged brilliantly before on this issue here and here, wrote this on Facebook about the dreadful situation and the brave witness of Clare McCullough and Antonia Tully from SPUC as well:

Tear down the mighty from their thrones and exalt the humble.

If there was any justice, any true human goodness in high places, the government and the media would be laying wreaths at the feet of Clare McCullough

This parliamentary select committee hearing, chaired by an enthusiastic abortophile, bore more resemblance to a Soviet show trial than a serious inquiry into allegations of harassment outside abortion clinics.

Those asking questions demonstrated zero interest in excavating for the truth of the grotesque claims which have been levelled by an industry which profits enormously from abortion. An industry whose profit margins are being demonstrably hurt by people who offer women alternatives to abortion.

These glib elites have no sincere interest in women and no interest in the human cost of abortion.

They resent the motherhood of poor women.

Abortion is their preferred solution to the problem of social ills like poverty and Clare McC & her team of meddlers are queering the master plan.

I was in Ealing council chamber last night along with some other supporters of the work of the Good Counsel Network.

Nine mums, along with a veritable little tribe of infants came with us, buggies and all.

They came out on a freezing night to testify to the help they had received from these supposedly nasty, bigoted, judgemental women haters. All expressed their deep gratitude and love for their friends at the Good Counsel Network.

For an hour the council chamber was experiencing the very real pitter patter of tiny feet as mums and volunteers rocked and shushed babies, took children out for toilet breaks and walked toddlers back and forth behind the back benches.

One curious little stray who wandered into the central chamber, stood right at the front while his mother, in panicked whispers, tried to discretely coax him away.

There he remained for a moment, beneath the grand portraits of long dead mayors, looking curiously around at the assembled councillors who, with strained 'benign face', were trying not to look as though they were thinking "Hello. Shouldn't you be dead?"

Three women spoke for about 2 minutes each, all in the most moving terms, about the abortions they were seeking but did not want.

To those in crisis situations abortion is a matter of no choice.

One choice is, of course, what we call "Hobsons choice", but to those whose bottom line is profit, choice is merely a useful slogan.

One mother told the council that she had tearfully begged Marie Stopes for a scan picture "as a memory of my baby".

Marie Stopes refused to give it to her because they said that the scan is 'for their purposes only'.

She asked if her baby had hands and feet yet and they said that they couldn't tell her that because the scan "only takes measurements".

I listened knowing that, at 11 weeks gestation, the clinic staff member would have been well aware, scan or no scan, that her baby certainly did have hands & feet, plus a full set of wiggling fingers and toes.

So much for informed consent.

After the scan she sat crying in the waiting room, and read the leaflet that a volunteer from the GCN had given her when she walked in.

The clinic had told her that it was "very important" that she had the procedure as soon as possible and were booking her in for a few days hence.

She was wobbling about going ahead when they 'suddenly' told her that they had found that they could fit her in that same day.

She cried some more and then left, saying that she needed more time. On leaving she made contact with the GCN who have been helping her since then.

Although Clare was grilled with hostile questions, the women were never addressed even once.

One councillor was openly agitated and angry that they were there at all. "These women shouldn't be here" she said "This has nothing to do with them".

"Then the righteous will answer him 'Lord, when did we see you hungry and feed you? Or thirsty and give you something to drink? When did we see you a stranger and take you in or without clothes and clothe you? ...And the King will answer them, 'I assure you, whatever you did for one of the least of these, you did it for me"
abortion Buffer Zones Clare McCullough Ealing abortuary freedom of speech Good Counsel Network Marie Stopes prolife