Are the Vatican Rats Turning on Each Other? 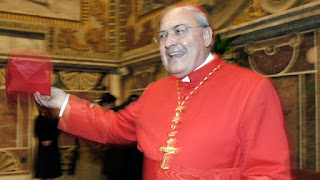 Vaticanista Marco Tossati reports that even the faithless men who put Pope Francis on the throne of St. Peter are losing patience with his laissez faire, "make a mess" approach to being pope.

In his article on the AAS inclusion of the Buenos Aires directives, he remarks:


A cardinal of great renown, a former diplomat, who has served an impressive career at the head of Congregations and in high offices in the Secretariat of State, is said to have reproved the Pope for his actions [as Pope], saying to him essentially, “We elected you to make reforms, not to smash everything.” News of this conversation — if it can be called a conversation — has spread through the Vatican, because it took place at a high decibel level, which carried through the fragile barrier of the doors and walls. The cardinal in question was one of those who supported the candidacy of Jorge Mario Bergoglio in the conclave of 2013.

Gloria.tv reports that this is most likely the Argentinian Leonardo Sandri, the Prefect of the Congregation for the Oriental Churches.


The prelate belongs to the cardinals who in 2013 voted for Bergoglio. A scan through the list of the participants in the 2013 conclave shows that the cardinal most likely involved in this incident is Leonardo Sandri, 74, the Prefect of the Congregation for the Oriental Churches.

Meanwhile Marcantonio Colonna author of The Dictator Pope speculates that the Vatican Curia are having sleepless nights after it is alledged they diverted funds from Peter's Pence to support Hilary Clinton in the US elections! 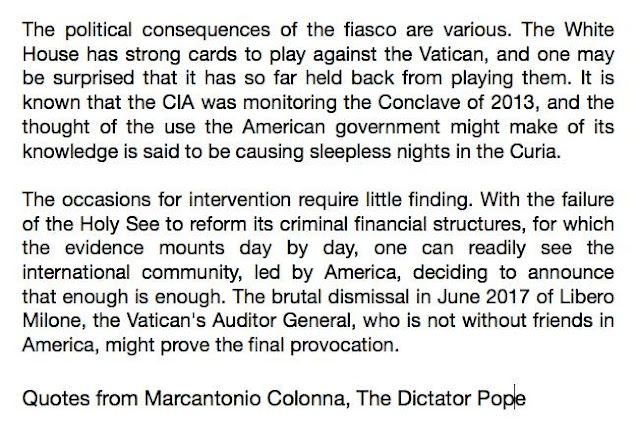 It's really hard to hear that the people at the top of the Church are so faithless and are trying to impose their will on Christ's Holy Church. But given that is the case, it's no wonder it is not working.

We see everywhere the signs of revival and hope born of genuine faithfulness and orthodoxy, but these men constantly ignore that, choosing instead to enforce their own strange, subjective vision for the Church.

Let's all pray the Rosary for the resolution of this situation as soon as possible.