Amoris Laetitia & The Heresy of the Sliding Panels 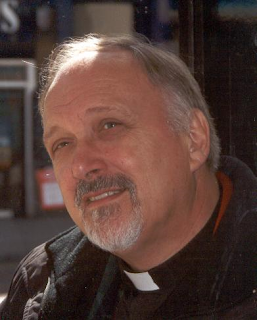 He has posted a precise critique of Amoris Laetitia which lays bare the errors of the document as the crisis in the Church caused by Pope Francis and his minions continues to rage unabated. As the original is in Dutch, I had some help with the translation from Henk Rijkers.

The Amorites and the heresy of sliding panels.

There are few who dare to accuse the pope and his entourage of formal heresy. There are two reasons for this.

Firstly, because the Pope and his papal court, together with the liberal bishops' conferences in the world (Malta, Argentina, Germany) e.g. do not directly contest the insolvability the marriage. On the contrary, they expressly say that they hold on to the indissolubility of marriage. Secondly, a charge of heresy would bring the Church into serious problems. After all, any office-bearer in the Church, including the Pope, loses his office when he commits the crime of heresy. But it is the Pope who, for example, can formally establish the crime of heresy in a bishop, which causes him ipso facto to lose his office, but who could do that with the pope, who holds the highest authority in the Church?

Moreover, it has to be feared that an open schism in the Church will arise, that will be difficult to heal. Meanwhile, what I would like to call is the "heresy of the sliding panels" is going on, that has its foundations in Amoris Laetitia. Until now, the reasoning in the Church was clear: if someone after a civil divorce, which does not follow a church annulment, enters into a new mere civil marriage, he or she, according to the clear word of Jesus in the gospel (Luke 16:18), commits adultery. Adultery is a grave sin against the Ten Commandments. Ergo: You can not go to communion. Furthermore, you can only confess that sin and thus free the way to communion if you sincerely want to end the sinful situation in which you live. If you are not able, for instance because there are children, to end the relationship, then you can go to Communion in places where your situation is not known, provided you live as a brother and sister. In Amoris Laetitia Pope Francis has now put the Church's fixed doctrine in jeopardy, by opening vaguely a door for Communion for the divorced and remarried not living as a brother and sister. He does not say so clearly, but if the Argentine bishops make that conclusion, the Pope says that this is the only correct explanation. In addition, he does not answer any questions for clarification. On the contrary, those who ask the questions are marked out by the "clique papale" as Pope's enemies and by the Pope himself in concealed terms as "rigid lawmakers." I call this the heresy of the sliding panels. Everything shifts slowly. Officially, the dogma is maintained, but the dogma has no consequences any more and a concubinate is not officially recognised, but is actually brought to a legal, sacramental marriage. It goes without saying that the dogma is then also moving.

The Pope is, as he says, against abortion and he never said that it should be possible under any circumstances. That is very Catholic. But at the same time he gives Lilianne Ploumen a high ecclesiastical distinction set for great social merit. Now, one of the main goals of Mrs. Ploumen is promoting abortion in the third world. And this is not an isolated case.

What to think of the Papal Academy of Life, which now even has proponents of abortion as members? In 2016, the pope launches Emma Bonino, a performer and forerunner of abortion, and compares her with European Catholic greats such as Konrad Adenauer and Robert Schumann.

Indeed, in theory, abortion is a crime, but in practice, the fact that you are socialist is much more important to the Pope! On the one hand, the Pope criticizes gender theory in line with Catholic doctrine, but at the same time he receives a man-made woman with "his" fiance in an extensive audience, while for the "dubia cardinals" he still has not even five minutes. The same is happening with homosexuality. The next target is probably the prohibition of artificial birth control. On the one hand, Pope Francis has great praise for Pope for Pope Paul VI, so greatly appreciated by him. But this was the very pope who deliberately ignored the majority of the advisory committee and public opinion by maintaining the absolute prohibition of artificial birth control and confirmed it with papal authority. On the other hand, we now see that there are theologians around the Pope, who make us suspect that soon exceptions will be formulated on this absolute ban, so that the ban will formally be maintained, but in actuality disappear. The heresy of the sliding panels!

No direct heresy but a fact of dramatic significance for the Church is the dedication of the "viri probati", elderly married men, to priest. That is, according to many, the main purpose of the Amazon Synod of 2019. When that happens, the floodgates are open and on other places with a shortage of priests people wil take their chances, and celibacy will actually disappear into the background while continuing to be lauded as an important charisma for the Church. And thanks to the heresy of the sliding panels, the Church gradually becomes more equal to the world and robbed of its supernatural gifts.

I last heard someone call the advocates of Amoris Laetitia "Amorites". I think that is a more appropriate name. The Amorites were at that time the enemies of God like the adherents of the sheer panels of the sliding panels that are now. I adhere to Joshua's prayer in Jos 7, 7. Let's just read instead of "pulling over the Jordan": "by the Vatican II." And Joshua prayed:

“Ah, Lord God! Why have you brought this people across the Jordan at all, to hand us over to the Amorites so as to destroy us? Would that we had been content to settle beyond the Jordan!"

A powerful prayer is also Psalm 136. You have only to update Sihon: He has killed mighty princes, for forever is his grace. Sihon the king of the Amorites, for everlasting is his grace.