Former Head of US Bishops Doctrine Committee: faithful must mount response to Church leadership's attack on her identity. 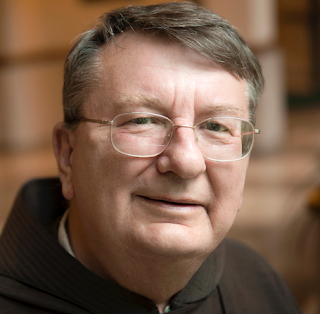 Capuchin Father Thomas Weinandy, a member of the Vatican’s International Theological Commission and former chief of staff for the U.S. Bishops' committee on doctrine says the Church’s leadership is attacking her identity and calls on the faithful to mount a ‘robustly positive’ response.

The thrust of Fr. Weinandy's landmark speech at the University of Notre Dame in Sydney, Australia, Feb. 24 was that, only when Catholics grasp that the Church’s unity, holiness, catholicity and apostolicity are under attack by the Church’s current leadership will they be able to respond to the present ecclesial crisis and find positive solutions to it.

Father Weinandy, who criticised the current pontificate as causing “chronic confusion” in a letter to Pope Francis which cost him his job as chief of doctrine for U.S. bishops conference last year, said these “four defining ecclesial marks are presently at risk” and the threat is coming, not from Catholic theologians, but “even and regrettably from within Church leadership.”


He therefore believes a “robust defense and clear advocacy” of the four marks is necessary otherwise the Church’s identity “will become disordered” and thus “enfeeble” her ability to proclaim the Gospel. This will not only “cause scandal” but “more importantly, demean the Eucharistic liturgy as the supreme enactment” of the four marks.

Fr Weinandy said that the Holy Father appears to identify himself “not as the promoter of unity but as the agent of division,” and that his desire to — in the Pope’s own words — “make a mess” in the belief that a greater unifying good will emerge, is a cause for great concern.

Such an approach, he said, “strikes at very essence of the Petrine ministry as intended by Jesus and as continuously understood by the Church.” The Successor of St. Peter is the “consummate sign of the Church’s ecclesial communion” and so its principle defender, he added, and so if a pope even encourages doctrinal and moral divergences, he “undermines the whole of Vatican II’s teaching on ecclesial communion, as well as that of the entire magisterial and theological tradition going back to Ignatius.”

“By seeming to encourage doctrinal division and moral discord within the Church, the present pontificate has transgressed the foundational mark of the Church – her oneness,” Father Weinandy asserted, adding that in turn, this destabilises the other three marks of the Church.

The highly respected American theologian pre-supposed that Ignatius had never met an heretical bishop as he gives the impression he could never have conceived of one, but were he to have done so, he would have contended he was no longer “in union” with the Church. Based on Ignatius’ teaching, Father Weinandy said such a bishop would no longer bear the four marks of the Church and so could not fulfil his ministry as a bishop. 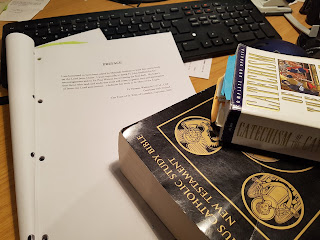 It is a departure from fundamental Church teaching that is at the very heart of Pope Francis' pontificate, it seems to me: being in a state of grace means being free from serious or mortal sin and one cannot be in Communion with Almighty God if you reject Communion with God by choosing to live in serious sin.

The Catechism of the Catholic Church reminds us: “Anyone conscious of a grave sin must receive the sacrament of Reconciliation before coming to communion” (CCC 1385).

This is what all of us should have been taught when preparing for our First Holy Communion and (if we attended Catholic schools) should have been reinforced both in RE lessons and in the praxis there.

The Council of Trent stated clearly: “Those whose conscience is burdened with mortal sin, no matter how contrite they may think they are, first must necessarily make a sacramental confession…If anyone presumes to teach, or preach, or obstinately maintain, or defend in public disputation the opposite of this, he shall by the very fact be excommunicated.” [Council of Trent 13th Session on the Most Holy Eucharist October 11, 1551 - Canon 11]

As this is an infallibly defined doctrine of the Catholic Church it is not an “optional extra”.

The teaching of the Catholic Church is that if you have broken any of the Ten Commandments (ie all ten and not just the sixth Commandment!) you must first go to confession before you can receive Holy Communion again.

Pope Francis may not have explicitly stood in defiance of this teaching, but his inference is clear, so clear that different bishop's conferences have been quick to take up radical positions, positions that have not been corrected by the Holy Father. One can only conclude that Fr Weinandy is absolutely spot on with his criticisms and I for one stand with him when he calls on the faithful to mount a ‘robustly positive’ response.