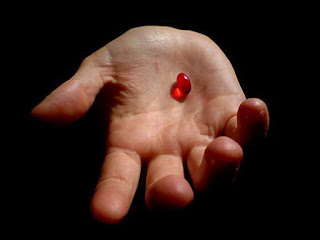 So yesterday brought another great shock as ALL the Chilean Cardinals offered to resign en masse.

Some background to this can be gleaned from this post.

If you are cynically minded, you might be thinking that is rather convenient. A resignation accepted closes the narrative without full process or assignment of culpability and application of penalty, it merely allows malefactors to assume indistinct responsibility and go quietly into retirement.

Pope Francis' Motu Proprio - As A loving Mother written by the Pope and published by the Vatican on 4th June 2016 makes it clear bishops CAN be removed from office, so why is this process not being used in regard to the guilty bishops in Chile? It would lead a cynical person to consider that this could even be some sort of stage managed PR stunt.

Indeed, one might think this is a way for the Chilean bishops to avoid culpability, but it also leads to bigger questions.

The whole debacle is about a priest, Father Fernando Karadima. Essentially, Karadima had been influential in the spiritual formation and careers of dozens of priests and several bishops. One of these bishops, long associated with Karadima, Juan Barros Madrid, was appointed by Pope Francis to lead a small diocese in 2015, provoking opposition there (see here for details). Members of the Pontifical Commission for the Protection of Minors tried without success to make Pope Francis recognise the validity of the charges against Barros. As I reported in some detail here, it was notable that in labelling Juan Carlos Cruz and his fellow Chilean survivors guilty of slander the Pope openly aligned himself with Cardinals Ezzati and Errazuriz who, in an exchange of derogatory e mails in 2015 conspired to block Juan Carlos Cruz for consideration for membership of the  Pontifical Commission for the Protection of Minors. However, Errazuriz, one of Pope Francis' C9 Cardinals, it has been confirmed, is NOT offering his resignation.

So this is CLEARLY linked to four individuals. Karadima, Barros, Errazuriz and Pope Francis. Why are they all resigning and Errazuriz (the Pope's confident) not? Is there a ton of further dodgy revelations each one of them is responsible for? Are they scapegoats? What is going on here??

Some high profile religious commentators are suggesting that the mass resignation is somehow positive for the Pope:

Yes. The Vatican must *not* be allowed to spin this into a PR triumph for the Pope - though clearly he’s moving in the right direction. At last. https://t.co/wPXTJKGCGe
— Damian Thompson (@holysmoke) May 18, 2018

But I honestly think it is just a huge cop out. Cardinal Errazuriz stays in place and is not removed from the C9. Not one bishop removed - all allowed to resign. This certainly represents an opportunity for Pope Francis to do something, but it is already clear that in reality nothing changes.

I thought this was a brilliant summary from Steve Skojec at One Peter Five which ticks all the boxes. Can it be true that some people still haven't woken up?