Getting to the Heart of the Matter in Malta

I've been in Malta all last week looking into the allegations I reported on here. I visited the Episcopal See: 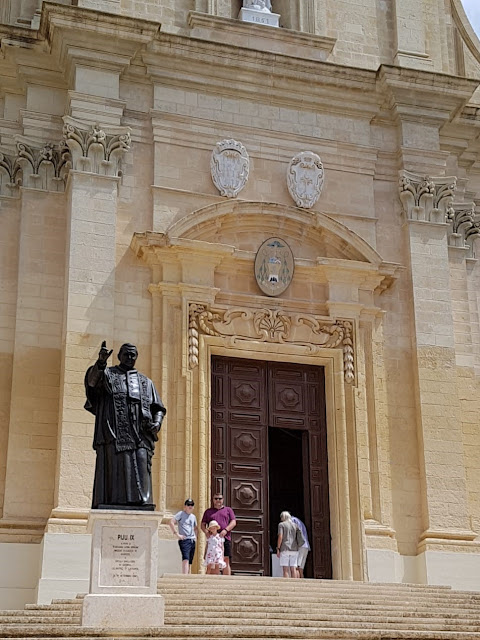 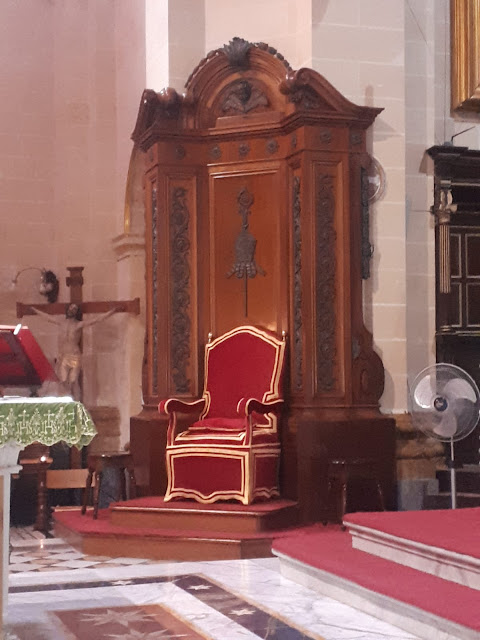 But I didn't manage to bump into the bishop sadly!

I did think this article The Heart of the Matter by Fr. David Muscat was excellent. With intellect and courage, Fr David speaks directly to the cause of the issue at hand:


Liberal priests love to portray the early Christians as innocent hugging brothers and sisters singing in Koine Greek a pre-reincarnated version of The Beatles’ All You Need Is Love and Scott McKenzie’s “put some flowers in your hair’’, this time if you are going to Corinth.
In reality, the martyred early Church leaders like Peter, Linus, Cletus, Clement, Sixtus and Cornelius, mentioned in the Roman Canon, were no better in discipline than Archbishops Michael Gonzi, Joseph Mercieca and Paul Cremona. The latter were martyred in a subtler way.

Fr. David speaks from his own experience, experience which I completely identify with, of a Catholicism that failed to speak to him at all in his youth:


The Jesus Christ offered to me was a mere historical figure – a nice guy like the Dukes of Hazzard, who meant well but was pure fiction.
Later on, when I became a young adult, many liberal priests – the generation of 1968 – presented me with a hippie-Christ from Godspell with a Superman shirt. We were taught that Simon and Garfunkel’s The Sound of Silence qualified as the peak of liturgical music. We were instructed after being pulled from the pews by a grinning priest and forced to lock hands with him and other bewildered teenagers that an excellent way to praise God was by swaying around the altar during the Sanctus, and the proper position after receiving Holy Communion was sitting on cushions singing Kumbaya My Lord.

Surely every person brought up Catholic in the last 50 years or so recognises this? Certainly it is the impression I get year after year from young men and women who I teach for Confirmation. Few and far between are the meaningful liturgies, the faithful & ardent preachers of the Gospel, the priests who believe in what they stand for and preach it with love and confidence instead of apologising in some way for all the things they have decided Jesus and the Church got wrong.

Now we are seeing these chickens come home to roost:


This wonky theology of the 1960s’ free-thinkers has come crashing down like the Morandi bridge barely 50 years after completion. The Church for us was transformed into a heap of rubble, for it fell and “great was the fall of it” (Matthew 7, 28).

Fr. David recounts how, with the help of a small number of saintly priests who knew the faith, his faith was saved although not without some scars being left in his body and soul. He reports that some of his friends were not so lucky, for they swerved into debauchery and godlessness. Others skidded into homosexuality. Fr. David ends his piece powerfully thus:


It is by following the clear teachings as laid down in this magisterium that the problem of sex abuse can be tackled at source. [emphasis mine] This is what the great reformers like Pius V and Gregory VII did. Discipline was accompanied by sane teaching.
Therefore, I appeal to Archbishop Scicluna so that, before advancing his Vatican ecclesiastical career scavenging bishops’ weaknesses, he goes to the heart of matter. He should please apologise for bad catechesis, bad pastoral programmes, for the prolonged toleration of modernist heretics who by their unwillingness to grasp the intrinsic desperation of the gay mindset have brought so many souls to oblivion.
As for the long dead who perished, far too young, because no one ever bothered to tell them the Truth – no amount of apolo­gising will ever bring them back.

Bravo Fr. David! Reading this article in Malta really lifted my heart! The Church of Jesus Christ lives! It will not be defeated by the men in power who betray it and despoil it daily, “Viva Cristo Rey!”
Fr. David Muscat Malta