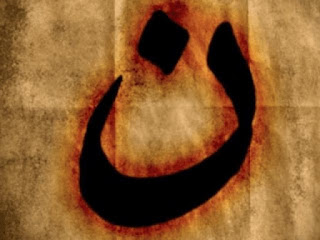 This powerful Easter reflection was written by a friend of mine and is posted here with her permission:

On Easter Vigil I had the privilege to witness 8 adult catechumens being initiated in the Catholic Church. They received the Sacraments of Baptism, Confirmation and Holy Eucharist. It was a joyous experience to witness and it made me reflect on my own Baptism and all the rights AND duties it brought with it.

How faithful am I to my calling?

These nine people made a conscious decision to join the Catholic Church, to follow Jesus Christ and all his hard sayings. It was a joyful experience for me to see them go up one by one first to be baptised, then to receive to be confirmed and lastly to receive Holy Communion. Their joy was plain to see on their faces, on the faces of the godparents and their relatives. And it made me think: how joyful am I in my life of faith? How grafted I am to Christ and his Church? What witness am I giving to these “younger” brothers and sisters in faith? How much can I convincingly convey to these new brothers and sisters? How am I prepared to give an answer to everyone who asks me to give the reason for the hope that I have with gentleness and respect?

How far am I willing to go to defend what has been handed down to me by those who came before me? How willing I am not to conform to the world? And lastly, since two days ago...am I willing to die for my faith? My fellow Catholics in Sri Lanka were at Easter Mass like I was a few hours before. They were rejoicing the Risen Christ together in church with their friends and families and their pastors, just like we were. We are not “Easter worshippers.” The slain were Christian worshippers gathered on the most holy day of the Christian calendar, to celebrate the event that is the linchpin of history, of our faith.

We are Christians with a target on our backs just by going to church. Just as Muslims in mosques and Jews in synagogues are targets, because terrorism is not limited to the Christian community but it is most prevalent there. We feel persecuted because we ARE persecuted. Not only with bombs and other similar violent acts. But subtly and not so subtly by our friends, by friends on social media, and sometimes by members of our own family.

But we are persecuted every time we speak in favour of life, in favour of Christian marriage, against gender ideology. We are pitied for our old-fashioned values. We are accused of hate crimes. We are marginalised, sometimes even in our our faith communities: called fundamentalists and worse. Chesterton wrote: “These are the days when the Christian is expected to praise every creed except his own.” So will we praise any other creed so we will be left in comfort, to avoid being mocked and derided? Christians were not made for comfort, we were made for greatness, Benedict told young people in one of the Youth Days he presided over. But this greatness is not of this world for the way to holiness is bumpy and full of pitfalls.

“Christians have at times throughout history been unable to comply with demands made by Caesar. From the emperor cult of ancient Rome to the totalitarian regimes of the past century, Caesar has tried to take the place of God. When Christians refuse to bow down before the false gods proposed today, it is not because of an antiquated worldview. Rather, it is because they are free from the constraints of ideology and inspired by such a noble vision of human destiny that they cannot collude with anything that undermines it.” - from an opinion piece by Benedict XVI in The Financial Times, 19 December 2012.

So what's it going to be? Most of us didn't choose to be baptised. But we can choose to live according to our baptism. The 8 catechumens at St John's co-Cathedral at the Easter Vigil still chose to be Catholics while knowing all the above.

That is quite something.

[Picture: The terrorist group IS (Islamic State) in Iraq painted a large Arabic letter “N” (nun), from the Arabic word nasara (meaning “Nazarene” to indicate Christians), on their homes to identify them as Christians, and thus worthy of death.]