May 23, 2019
I had a great night last night, I travelled up to Westminster Cathedral in London to attend the launch of Professor Stephen Bullivant's new book, Mass Exodus - Catholic Disaffiliation in Britain & America since Vatican II. I think this is a really important work which should be studied by everyone with a responsibility for evangelisation and the direction of the Catholic Church over the last going on 60 years. This is  scholarly work which looks at the facts and figures behind the decline in Catholicism since Vatican II and asks: is this all the fault of Vatican II and its runaway reforms, or are wider social, cultural, and moral forces primarily to blame? Catholicism is not the only Christian group to have suffered serious declines since the 1960's. If anything Catholics exhibit higher church attendance and better retention than most Protestant churches do. If Vatican II is not the cause of Catholicism's crisis, might it instead be the secret to its comparative success? 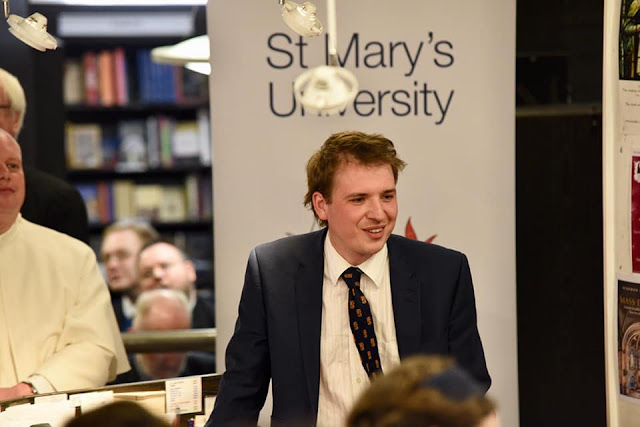 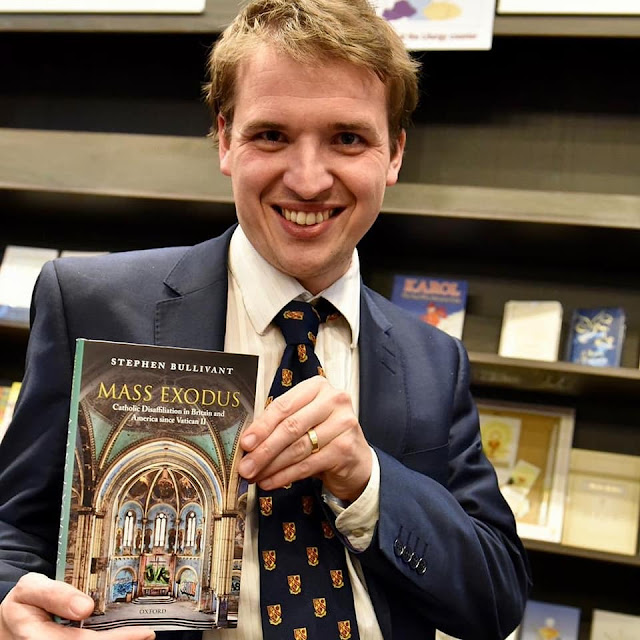 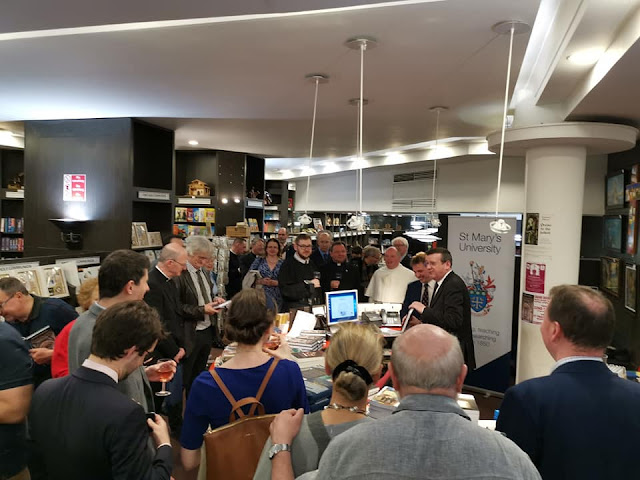 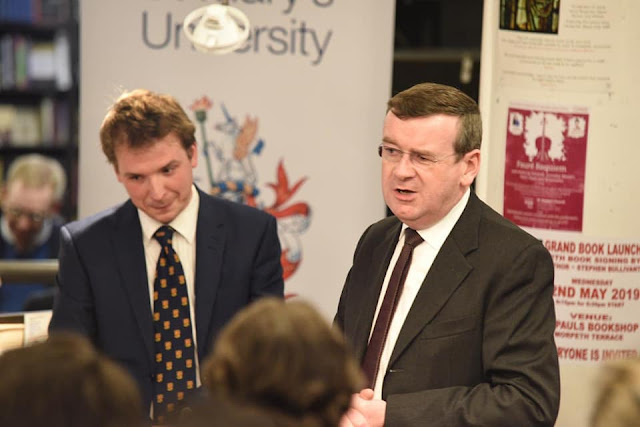 Francis Campbell introduced Stephen. He is a renowned British diplomat and academic who has been Vice-Chancellor of St Mary's University, Twickenham, London since 2014. From 2005 to 2011, he was the British Ambassador to the Holy See. He is an Honorary Fellow of St Edmund's College, Cambridge.

There was a great crowd there, everyone from Jack Reagan, youth worker from Arundle & Brighton Diocese, Margaret Wickware of the Guild of Our Lady & St Joseph, Fr Michael Halsall from Allen Hall, Fr Alan Robinson from Corpus Christi, Mgsr Kieth Newton, Brother Gildas Parry from the Norbertines, author and evangeliser Hannah Vaughan Spruce, Brendan Thompson the new CEO of Catholic Voices who are running a series of workshops at my Parish starting this Saturday, to Victoria Seed, Fr David Palmer, Fr. Hugh Somerville Knapman of the Douai Benedictines and Fr Richard Reid of the Redemptorists at Clapham Common.

This was a great chance to discuss evangelisation and catechesis strategies, to share successes and failures and talk about what's working and what's not working. Despite the prevailing Pope Francis gloom, there was great cheer at the gathering and a great feeling of joy and optimism.

No bishops though. Not one. Maybe there was a climate change event?

You can buy Professor Bullivants new book from Amazon here.