Bishop Barron Speaks Out on Abuse 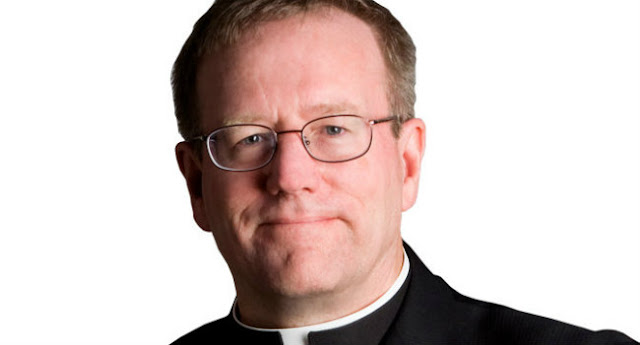 Thank God for Bishop Robert Barron. He has said what many of us think in a letter to disaffected, battle-weary Catholics which also resonates as a powerful rebuke to his fellow bishops who fall so far below the bar for behaviour expected in such an exalted office.

Barron has attracted criticism from some for fudging important issues like hell and damnation. It is said that he is the kind of bishop who won't upset mainstream secular culture. I have argued with myself about this quite a bit, as you can see from the link above and other posts like this one for example. I see there is a need to be clear about doctrine, I think we need straight talkers in this difficult time, but I also think the way we approach the transmission of the Gospel is of vital importance. As St. Peter teaches in 1 Peter 3:15:


Always be ready to make your defense to anyone who demands from you an accounting for the hope that is in you; yet do it with gentleness and reverence.

It is vital that we give a strong defence for Catholic doctrine, but if we fail to do so from a position of caritas, it will fall on fallow ground.

Bishop Barron is a man who has the intellectual ability to engage with modern secular culture and the faith to do so wisely and in a way which reaches out and engages people. No one is perfect, but I was pleased when Barron became a bishop because to me he is someone who really does have a gift for preaching the Gospel.

"His Letter, intentionally or not, is a blowhorn to the ears of his brother bishops.

In referencing the bishops and their mishandling of the abuse crisis, Barron pulls no punches and his language is blunt. In urging lay Catholics to “stay and fight”, he insists they refuse “to be mollified by pathetic excuses”. (The pathetic excuses of bishops, we are led to infer.) That “a not inconsiderable number of bishops felt that it was permissible to shuffle offending priests from parish to parish, without even a word of warning to the people, clearly putting children in acute danger,” an angry Barron says, “beggars belief”.

In elucidating the ingredients of a “clerical culture that made this kind of abuse and its cover-up possible”, Barron is scathing: “How many priests and bishops acted like David, striding on the roof of his palace and ordering that Bathsheba come to them?” The sexual predation of children by clerics and the malfeasance of bishops who failed to stop them, Barron fumes, “is more than a moral problem; it is a rot, a disease, a threat to the great principles of the Church that we hold dear”.

In the wake of the summer from hell of 2018, Catholics often wondered where was the outrage – from bishops. Real outrage. Catholics stood aghast at a clueless Cardinal Wuerl who assured them that this was not “some massive, massive crisis”; at bishops who could at best muster a pathetically subdued lament (“I am deeply saddened by all this – really.”)

What I love about the Letter is that there is real outrage here: rightly channelled and pastorally packaged outrage, but outrage nonetheless. And it is wonderful.


To be sure, Barron understands all too well that Catholics want and need a new kind of bishop: bishops who, by their own holiness of life, become vessels through which the Holy Spirit can engender a spiritual renewal of the clergy in their dioceses; bishops who are shepherds and not mere managers of the flock; bishops who think and act far outside the box in their pastoral methods; bishops who show genuine outrage at this crisis, and endless compassion and solicitude for victims.

There are such bishops, thank God. Barron is one of them. His Letter is a clarion call to those bishops to act, and act now: to ferret out sexually active priests among their clergy, to exercise fraternal correction – publicly if necessary – of malfeasant brother bishops, to work to expunge a sickly internal culture among bishops that was the fertile breeding ground for this crisis.
In a word, it is a call to lead. And when these good bishops lead, committed Catholics – the Catholics who stay and fight – will follow."

If you use tools or gardening equipment or know someone who does, please check out my website: