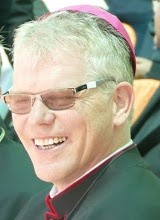 Stop the Amazon Mythos: Amazonians Are Little Interested In Marriage Or In Holy Mass

Bishop Reinhold Nann, 59, of Caravelí Diocese, Peru, states that if he had more priests, he would have no way to organise a living for them based on the "meagre offerings" coming from the villages.

Nann was born in Germany and belonged to the Schönstatt Movement. He told Die-Tagespost.de (August 29) that as a missionary priest he took care of an Amazon parish with 37 villages.

The bishop witnessed that the Amazon people do not care to live according to Catholic morals. Therefore viri probati [married men who could be ordained as priests] hardly exist:

“Men living in sacramental marriage are a rare species in a region where most of the laity lives together unmarried.”

Nann also debunks the myth of an alleged "hunger" for the Eucharist:

“In the Amazon [as well as in most of the Catholic Church], the Eucharist is not really in demand by the locals. A liturgy of the word is for most like a mass.”

The bishop added that only “we theologians” think that the Eucharist is the most important thing. This begs the question - what is really behind the Amazonian synod and what is its agenda?
Amazonian Synod Bishop Nann viri probati