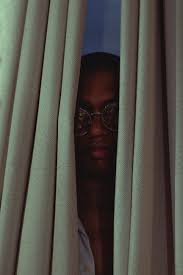 I remember a grave scandal that took place in my diocese. I pursued it as far as I could but found the establishment were totally against taking any action. They didn't say that, they just didn't act. A priest I moaned to about this told me the best way to deal with scandalous things was to "draw the curtains and wait for everything to just die down". This only served to scandalise me more and also to make me feel deeply disillusioned with the men who lead the Church.

It was 13 months ago now that Pope Francis promised a thorough investigation into the abuses committed by Theodore McCarrick, even saying himself:

"We we will follow the path of truth wherever it may lead" as we scour through "the entire documentation."

What have we had since? They've simply drawn the curtains. We are supposed to put up (our money) and shut up. Shut up about the luxurious lifestyles, the poor moral standards, the lack of Catholic teaching, while they shoe-horn their cronies into the cushy jobs and continue the rot from the neck down.

Just look where the ring-leaders are: Wuerl, Farrell, Cupich, James Martin...The untouchables, promoted and celebrated while anyone standing up for Jesus is marginalised and criticised for being a "hater".

People criticise Michael Voris and Taylor Marshall for their "tone", but I argue that being nice, trusting the bishops, believing their obvious lies and subterfuge has got us precisely to where we are today, with a disastrous lack of faith on the ground, more and more dissent from settled doctrine, a catalogue of abuse and embezzlement and a man in the Petrine office who has no respect for the Holy See or the faith.

You see the progressives have never cared about the niceties pious Catholics are see eager to observe and cling to. The knives have always been out and they've never shied away from using them, slashing away at the beauty of our churches, our liturgy, or family devotions. I feel like orthodox Catholics have always made excuses and allowed these heretics space under the guise of dialogue. I think it's time the gloves came off. We need men like Voris - a modern day John the Baptist - to shine a light on the dark goings on we have allowed to fester for too long.