Former Queen's Chaplain is received into the Catholic Church

Some really good news from yesterday, Dr Gavin Ashenden was received into full communion with the Catholic Church by Bishop Mark Davies of Shrewsbury Diocese. 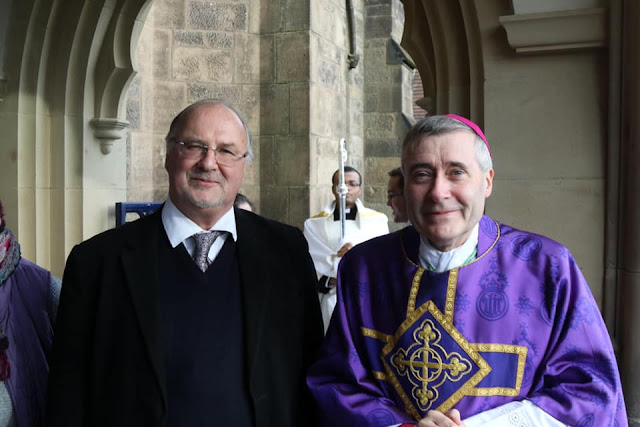 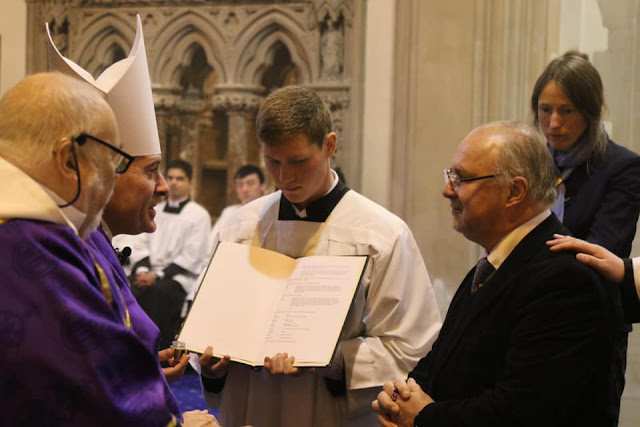 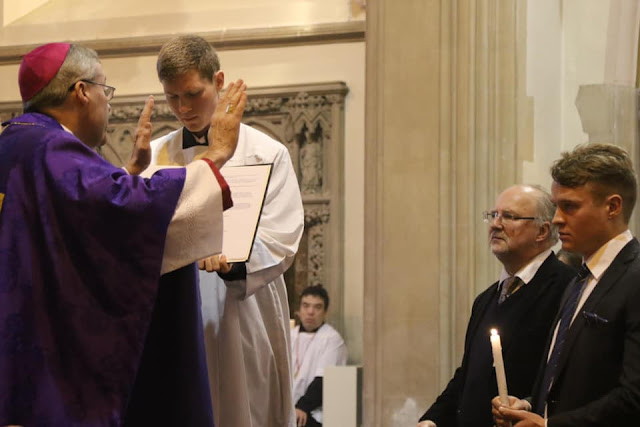 Gavin is someone I have posted about quite a few times in the past (just do a search). The way the world works now I have been able to be a friend on Social Media of his and to follow his efforts to speak out about the immense value of Christianity in building culture. He is a brave & convinced disciple of Jesus Christ and it is very exciting to me to see him come into full communion with the Catholic Church.

I have said to Gavin myself that we need him. We need his calm, reasoned approach and his courage to stand up for what the Church teaches. I am sure that, were the Church more confident in what it stands for and teaches, it would be ever more attractive to committed disciples like Gavin. I know a good number of faithful Christians who are dissuaded from converting simply because the Catholic Church appears so confused about the Gospel.

There is a vacuum created by a pope who creates confusion and challenges revealed teaching that allows ambiguity and error to creep in. The result is that we have many different interpretations of the Gospel being preached to people. That results in people with vastly differing understanding of belief and praxis across the Catholic world. The confusion is now so public that there are news outlets calling on bishops to clarify positions that in reality need no clarification - the Church's teaching has been consistent!

Gavin joining us adds his weighty intellect to the discussion in the UK. I'm sure he joins with open eyes - not so much seeking safe harbour as finding where his efforts will have most fruit. In his own words, Anglicanism will go down, but the barque of Peter will not go down, and it is in the barque of Peter he can best join with battle!

In an interview in The Daily Mail, Gavin put it this way:


'And where is the Church of England in this crucial culture war? Is it on the front line? Not that I can see. If anything, it has switched sides.. Whatever the reason, instead of standing up for the Christian faith and risking unpopularity, too often the Church of England caves in. Instead of providing Christianity, it offers spirituality.
'It is not enough. This isn’t just a shame, it’s a calamity. For 2,000 years, Christianity has led the way in the quest for truth, freedom of thought and freedom of conscience. That has blossomed into the sciences, free speech and democracy. For hundreds of years, the C of E has been a fulsome supporter of this noble project. Not any more. Too often, called upon to defend Christian values, it has remained astonishingly silent.
Rather than resist such political correctness, and offer a Christian critique, the Church of England has swallowed it wholesale.
'This secular ‘crusade’ has been a long time coming, beginning in our universities before spreading out across society at large.

In this interview with Raymond Arroyo from before Sunday's ceremony, he speaks about his reasons for conversion:

Gavin has been on a journey which culminated in bishop Mark reaching out to him - which I thought was so beautiful! Please pray for him & the Church!