Reform is Being Implemented 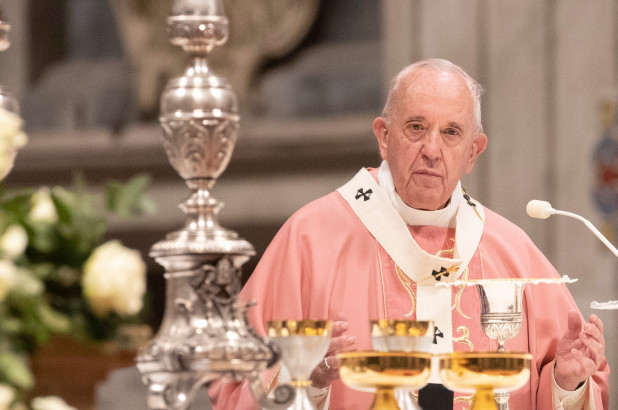 In what may be the most important act of his Pontificate, Pope Francis has abolished the Pontifical secret in cases of alleged sexual violence and child abuse. He has also decided to change the norm regarding the crime of child pornography by making the possession and dissemination of pornographic images of children under the age of 18 which fall under the category of delicta graviora – the most grave delicts.

The new instruction specifies that such information be “treated in such a way as to ensure its security, integrity and confidentiality” established by the Code of Canon Law to protect the “good name, image and privacy ” of those involved. But this “confidentiality”, the instruction also states, does “not prevent the fulfilment of the obligations laid down in all places by civil laws” including the possible obligation to report, and “the execution of enforceable requests of civil judicial authorities”. In addition, those reporting the crime, the victims and witnesses “shall not be bound by any obligation of silence” regarding the facts.

Anne Barrett Doyle of BishopAccounability.org said: “I think it’s an overdue and desperately needed action,” she said. “The pontifical secret has been an obstruction to civil justice...The [pontifical] secret,” Doyle said, “has become a legal liability.”
With the second Rescript, also signed by Cardinal Parolin as well as by the Prefect for the Congregation for the Doctrine of the Faith, Cardinal Luis Ladaria Ferrer, the modification of three articles of the Motu Proprio Sacramentorum sanctitatis tutela (published in 2001 and modified in 2010) were made known. It establishes that falling under the most grave delicts reserved for judgement by the Congregation for the Doctrine of the Faith are “the acquisition, possession or distribution by a cleric of pornographic images of minors under the age of eighteen, for purposes of sexual gratification, by whatever means or using whatever technology”. Up until now, the age limit had been established at 14 years.

Finally, in another article of the same Rescript, it is now permitted that, in cases regarding these more grave delicts, any member of the lay faithful holding a doctorate in canon law can perform the role of “Advocate or Procurator”, and no longer only priests.

In this video, Francis fanboy Archbishop Charles Scicluna, Adjunct Secretary of the Congregation for the Doctrine of the Faith, the curial body responsible for dealing with clerical sexual abuse cases on minors around the world since November 2018, discusses the pope's decision:

Scicluna is also Archbishop of Malta, as you may remember, and famous for doing whatever the pope tells him to do, even releasing guidelines that contradict Church teaching. Coincidentally, the Vatican is yet again embroiled in reports of financial corruption, this time with a Maltese twist, a “menacing web of intrigue and suspicious transactions” involving an “alleged €17 million ruse by Italian financiers who run Maltese investment firms” Malta Today reports.

I don't know about you, but considering his performance under this pontificate, I wouldn't trust Scicluna to run an errand, let alone anything else!

Chris Altieri has a proper examination of what this change really means.

He reports that the removal of the pontifical secret neither creates nor heralds conditions for an information free-for-all, or anything like it.

Basically, the change to the law downgrades the level of secrecy under which Church investigations and trials are conducted from the very highest level of secrecy to the normal level of reserve under which all curial business is conducted, as Scicluna explains in the video above “The documents in a penal trial are not public domain, but they are available for authorities, or people who are interested parties, and authorities who have a statutory jurisdiction over the matter,”.

When it comes to requests from civil authorities to the Holy See for case files or other information, there are rules and procedures to follow. “There has to be a specific request,” Archbishop Scicluna said, “all the formalities of international law are to be followed.” He went on to say that he thinks the change should facilitate communication, information-sharing, and the sharing of documentation among ecclesiastical and secular authorities.

The changes in the law are indeed significant, but the Vatican’s own official interpreters carefully admit that the change does less than it appears to do, and much less than the Vatican’s message managers claim. What real, practical difference the change will make at this point, remains to be seen.

Sadly and stunningly, the announcement comes at the same time that news broke that victims of sexual abuse are suing Pope Francis, claiming he and senior Vatican officials knew that a number of priests molested children but kept the revelation a secret.

So rather than the bold & decisive move it has been portrayed as, it seems this is little more than a ploy to protect the Vatican from further damage in a climate where the laity will no longer accept abusive clergy. If they really wanted to be clear, why not release the McCarrick report which is now over a year late?