In case you missed it, the Department for Education has issued revised guidelines about RSE teaching in schools, rejecting gender ideology, warning schools to be wary of politicisation and also mentioning cancel culture.

You can read the full guidelines here.

"suggesting that children might be a different gender based on their personality and interests or the clothes they prefer to wear. Resources used in teaching about this topic must always be age-appropriate and evidence based. Materials which suggest that non-conformity to gender stereotypes should be seen as synonymous with having a different gender identity should not be used and you should not work with external agencies or organisations that produce such material. While teachers should not suggest to a child that their non-compliance with gender stereotypes means that either their personality or their body is wrong and in need of changing, teachers should always seek to treat individual students with sympathy and support."

“Born in the wrong body” is exactly what young children in schools were being taught so that they would uncritically accept mixed toilets & changing rooms and to deny the reality of biological sex. “Born in the wrong body” is what children with alleged dysphoria were themselves saying, clearly having been coached to believe this by adults.
Thank God, the DfE have now described this type of ideology as political & banned it from schools.
The big question we all should be asking is where was the Catholic Church & Catholic Education Service in this fight to get gender ideology in schools?
Well, where they were was inviting Stonewall in to write policy & copying secular schools ‘best practice’ of letting students choose which toilets to use.
When fundamental family principles are attacked in such a dangerous way, we should surely expect our Church to be in the forefront of the fight, to stand with parents against this idiocy. Instead, what happened was that they chose to partner with the evil organisations seeking to further this agenda!!
Why wasn't the Church involved in the movement to push back against this dangerous and erroneous ideology?

Surely the Church's very purpose is to teach and sanctify the faithful? Instead, the men who choose to exalt themselves in high office and claim the titles of bishop, archbishop and cardinal are reminiscent of a murmuration of starlings, diving and swooping, desperately seeking something -- anything to follow. Switching directions by the second, not based on the solid foundation of Christ and His teachings, but at the whim of popular suggestion and secular opinion. 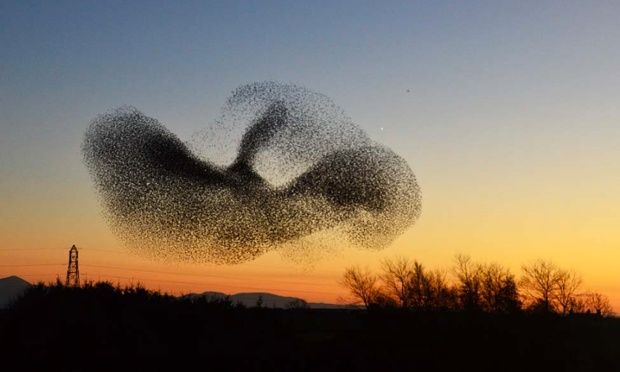 They really cannot wait to follow the latest trend or government directive. So how will they react to this? There has, for so long now, been a desperate need for the Church to make a clear and definitive statement on these issues. They have failed to pick up that gauntlet and so they rush headlong into obscurity and irrelevance.
As for "the experts" at the CES? There really is now, no excuse for them. What has become very clear is that cultural & political change is now being left to the laity.

It has been said that the reason for such ineptitude in the face of a supernatural mandate and responsibility is that the CBEW employ "experts" who work in Ecclestone Square to make these decisions for them. However, it has been remarked to me by people with years of experience working at Ecclestone Square that there is a culture of anti-Catholicism which seeks to remove any individual who tries to support authentic Catholic initiatives.

What are the key point indicators the CBEW use to measure the success of any given department at Ecclestone Square? The process must be laughable from any professional measure as the whole thing is little more than a well funded circus which, despite incredible assets and resources, bumbles from one mediocre failure to the next. Truly pathetic. One can only conclude Cardinal Nichols seems to have very poor judgement. And “Professor” Jim McManus seems to have undue influence in many different areas.