Some good news - further to this post about a recent meeting of the Toronto Catholic School Board during which a member reading from the Catechism of the Catholic Church was denounced and the document described as "treading in dangerous water" and "not proper", the Cardinal Archbishop of Toronto has broken his silence and intervened, sending a letter to the chair which gives a reasonable defence of the teaching and the importance of Catholic schools maintaining, well, their Catholicity (shock, horror!). The letter was posted on the Toronto Catholic Witness Blog and I reproduce it here for your edification and encouragement dear reader: 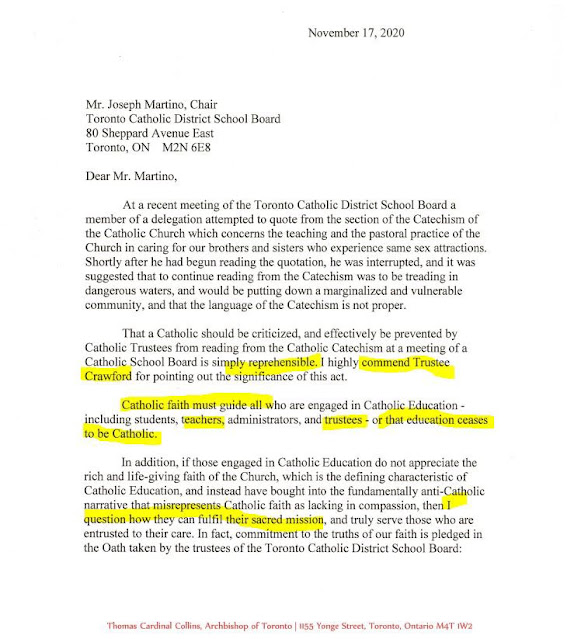 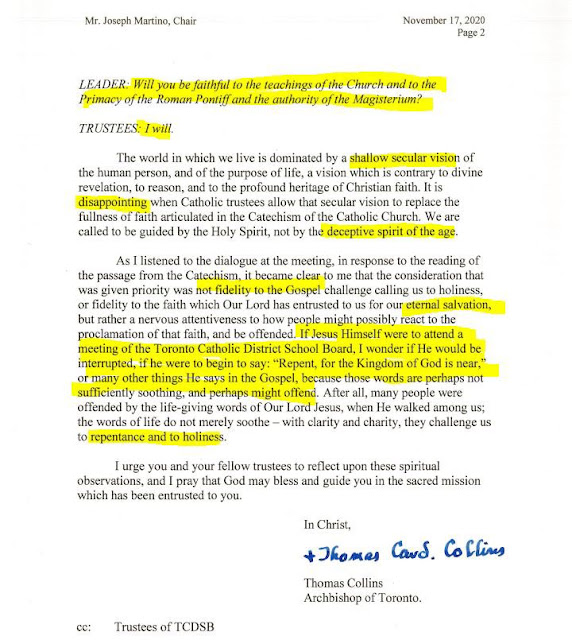 He doesn't do a terrible job here, does he?
How wonderful & refreshing to have a Cardinal Archbishop backing Catholic doctrine!
Of course, the fact that it's gotten this bad says quite a bit about what's going on in Toronto with respect to the teaching, practice and passing on of the faith, but, let's face it, it's about the same as pretty much everywhere else at the moment!
Let us be thankful for Cardinal Collin's stand and say a prayer or two for him!