The CBEW website has the news that Nafir Afzal has been appointed as the Chair of the Catholic Safeguarding Standards Agency (CSSA).

In terms of competence, one would have to say it would be difficult to find someone better qualified for this role.

Afzal is a former Chief Crown Prosecutor, and is best known for tackling cases involving violence against women and the sexual exploitation of children; the New York Times called him "Britain’s go-to prosecutor" for these areas. 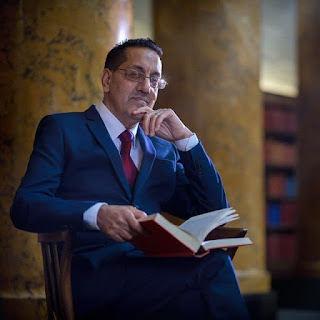 Afzal is a practicing Muslim, served as the Chief Crown Prosecutor for North West England from 2011-2015 and chief executive of the Association of Police and Crime Commissioners from 2016-2017. He has prosecuted numerous high profile criminal cases and consulted on legal matters in areas including violence against women and girls, child sexual abuse, and so-called “honour” killings.

“Mr Afzal brings to this role the freshness and vast experience required in order to make the establishment of the CSSA a truly significant step change in the work of Safeguarding in the Catholic Church,” said Cardinal Vincent Nichols of Westminster, the President of the Catholic Bishops’ Conference of England and Wales. He described the appointment of Afzal as “a bold and timely step.” In a statement from the bishops’ safeguarding project, Afzal spoke of his credentials:

I’ve spent three decades responding to harms in every community and institution. I learnt that victims have been failed by every institution who were responsible for safeguarding them. I also understood how reputation was thought more important than exposing those who abuse. Nowhere was safe. Victims were not only abused by perpetrators but then again by those who should have protected them and acted to stop it. The effects of abuse are lifelong and often undetected with victims beset by feelings of shame, guilt and fear. That had to change.

He said, “The Catholic Church has recognised the failures of the past and the need to put things right. This is what attracted me to the role.”

Afzal’s appointment will be formally announced on Tuesday. The bishops will also announce the appointment the CSSA of Deputy Chair Stephen Ashley and Non-Executive Directors Amanda Ellingworth, Wesley Cuell, and Dr Jenny Holmes. Bishop Paul Mason of the Bishopric of the Forces will serve as Lead Bishop for Safeguarding, with Fr David Smolira SJ as Lead Religious.

The establishment of a safeguarding agency comes in the wake of an extremely critical report by the Independent Inquiry into Child Sexual Abuse released in 2020. The report studied “the extent of institutional failings by the Roman Catholic Church in England and Wales to protect children from sexual abuse” and examined the Church’s procedures for protecting minors from abuse.

The CBCEW commissioned safeguarding expert Ian Elliot to review safeguarding procedures in light of the IICSA report. The bishops received the Elliot Report in November and immediately began to implement its recommendations.

They said, “We hope that Nazir and the new board will be able to make the changes which are so urgently needed.”

Wikipedia notes that Afzal has been married three times, which he describes humorously as "multifaith engagement": "First to an Irish Catholic, then to an Indian Hindu and then to a British Sikh." He has one daughter and three sons and is a practising Muslim.

In 2019, Parkfield Community School near Birmingham asked Afzal to mediate the issue on LGBT inclusive education. Some parents began protesting over the inclusion, fearing that adding lessons that include gay people were "promoting LGBT ways of life." The school argued that such education prevented homophobia. After analyzing the issue in depth, Afzal concluded that removing LGBT inclusion from education did “no service at all and no good at all." He also stated that school environments should be used “as somewhere they can learn things that they wouldn’t learn anywhere else”. He also warned that failing to teach children properly about sex and relationships could possibly lead to them being exploited by grooming gangs. Afzal stated that he feared some parents were being manipulated by outsiders with a different agenda. He said, "I have examined the curriculum myself and there is no specific LGBT content, no reference to gay sex, none at all - there is reference, as there should be, to equality."
Afzal also appears to support abortion with numerous references to "a woman's right to choose" on his Twitter timeline and even seems to be vehemently opposed to any reduction in time limits for abortion:

Oh Jeremy!
As a man you have no right to decide what a woman does with her body

Mr. Afzal is an outstanding candidate in this field, it would seem his appointment is a bit of a result for the CBEW, but is his ethos in keeping with Catholic beliefs? Could one foresee a conflict of interests having such an influence at the heart of such an important position?
It seems fairly obvious that placing someone so fundamentally opposed to the Church on so many level in a position where he can make or break the lives of clerics and religious could potentially be a fatal error for the CBEW.
Given his vocal opposition to issues which are so fundamental to Catholic teaching, can we really expect a former public prosecutor: a man used to standing his ground and forcefully putting his position across, to have no effect on those around him in this role?
What do you think? Is this a good appointment?
CSSA Nafir Afzal