June 11, 2021
Trent Horn is an adjunct professor of apologetics at Holy Apostles College and staff apologist at Catholic Answers. He has an academic, thorough style which avoids scoring easy points or driving traffic by focusing on scandal. This can make some of his YouTube videos quite difficult to watch unless you relish facts and dislike salacious or hyperbolic reporting.
This is part of the reason I was surprised to see Trent doing a full video on Father James Martin. You know Father James, he's this guy: 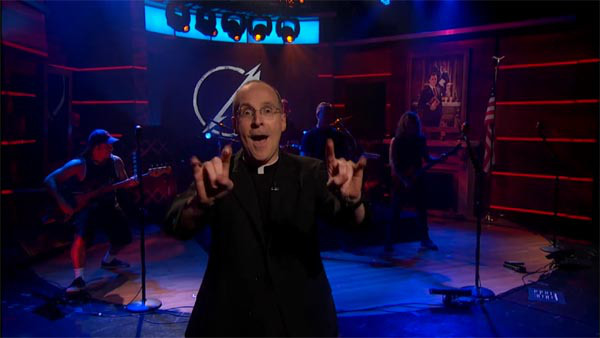 This is important.
Father James Martin's reach and popularity is enormous. He has 300,000 Twitter followers, far more than any other American bishop or priest or lay Catholic commentator, and he Tweets a lot. Why does he have so many followers? Well because he has exposure born of the fact that he is a priest who speaks against the Church and Church teaching. He doesn't do this explicitly or angrily. He does it subtly and gently and in the name of love. But he IS doing it and he is obviously doing it.
The media love this: an insider who is willing to attack the institution he represents. And so he is the "go-to" vox pop for anything Catholic as far as the liberal media is concerned. All those who are struggling with some cross in the Church are also drawn to someone who will condone their sin rather than call them to repentance.
Few have been prepared to call him out. There are a number of Dominicans on Twitter, but Martin has locked out dissenting commentators on Facebook and Twitter.
Archbishop Chaput was one, but there aren't many others. Even Bishop Robert Barron seems to have a soft spot for Fr. Martin.
Indeed, private meetings with the Pope have certainly been used to bolster the reputation of Fr. Martin. He is flying high on the wind of popular opinion. The zeitgeist is certainly with him.
So it's left to the Laity.
Watch this and you will begin to understand just how subversive and dangerous Father James Martin is. It is edifying to see his tactics calmly exposed in this way but how sad he his allowed to continue to spread dissent and harm to so many.
Father James Martin SJ Trent Horn