Traditiones Custodes: End of Week Round Up.

Things have moved quickly this week. There are quite a few things worth drawing attention to and all relating to the Pope's Motu Proprio: Traditiones Custodes.

As a Catholic who attends the Novus ordo — the "Ordinary Form" as Pope Benedict XVI termed it, I feel wounded by this document. I feel it is extremely harsh, lacks justice and integrity and seeks to promote a worrying political element within the Church which works against, not promotes, the unity the document purports to foster.

My initial reading left me scratching my head about several issues. How are bishops supposed to obtain oaths of fidelity from Latin Mass goers? Verbally? In writing? If the Latin Mass is banned from Churches (see §2: "not however in the parochial churches and without the erection of new personal parishes") where are those who gather for the Vetus ordo supposed to gather? Are they banned from Churches?

Thankfully, The Latin Mass Society has published a document which provides some guidance on the Motu Proprio, you can find it here.

My own experience is that the Vetus ordo has only encouraged me in my faith and put me in touch with a great many friends who take their faith seriously. And this is the key observation for me. It is a documented fact that many people who go to Mass on Sunday these days are simply showing up and don't actually believe much of what the Church teaches. You don't get those people going to the trouble of finding and attending an old rite Mass. The communities who attend the old rite tend to be believers, and for young people and young families that is what is needed: a community of believers. In my own parish, for a number of years now, I have been trying to think of a way to transmit that same fervour of belief from the attendees of the old rite to attendees of the new rite.

I get to attend the Vetus ordo once a month in my Parish and all my family look forward to it. It feels meaningful, I don't know that I can explain that, but it feels easier to engage with the Mass and to enter into prayer. I love it and so do my children. If there was one every week we would go.

I don't recognise myself or any of the people I know in any of rather spiteful descriptions of the faithful the Pope makes in his accompanying letter:

A final reason for my decision is this: ever more plain in the words and attitudes of many is the close connection between the choice of celebrations according to the liturgical books prior to Vatican Council II and the rejection of the Church and her institutions in the name of what is called the “true Church.” One is dealing here with comportment that contradicts communion and nurtures the divisive tendency...The distorted use that has been made of this faculty is contrary to the intentions that led to granting the freedom to celebrate the Mass with the Missale Romanum of 1962.

I do recognise a community which takes their Catholic faith seriously and is therefore rightly concerned with the departure the Holy Father is making from the Magisterium and Tradition of the Church (ironically). This departure is amply demonstrated in his words, falsely arguing that his own new & heterodox teachings are actually a "development of doctrine" as he did with his statement that God wills a plurality of religions.

As Dr. Shaw pointed out this week in Voice of the Family,

"the Holy Father has no plans to do anything about liturgical abuses. No-one watching him washing the feet of Muslim women on Maundy Thursday, will imagine that he is deeply concerned about liturgical rules." 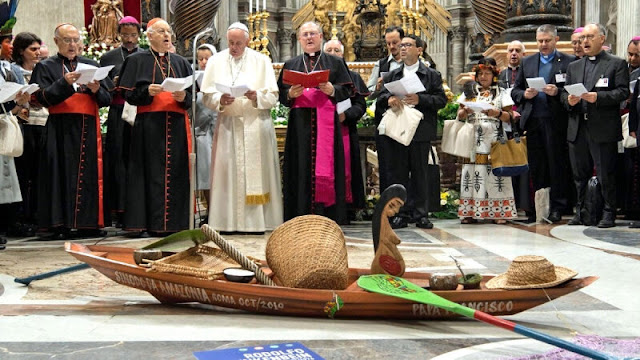 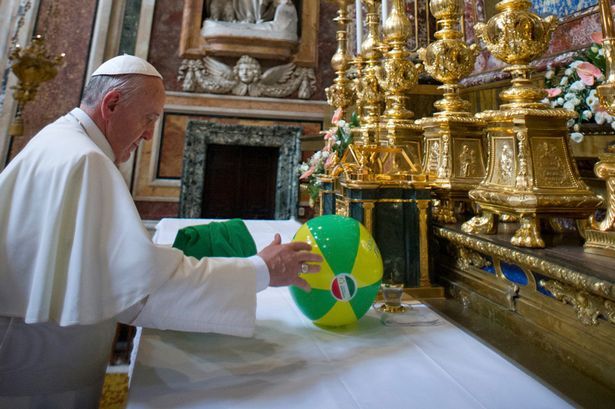 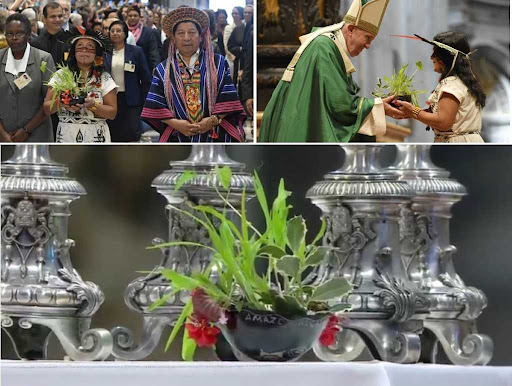 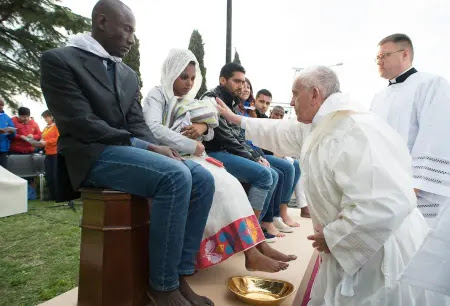 I think much of these thoughts are expressed in this video from Brian Holdsworth who explains his own experience moving from a Catholic "Praise & Worship" environment to the FSSP. His witness here is very much consonant with my own and very moving I think. If only more Pastors understood that this the experience for many of us and moving towards the Vetus ordo very much feels like a move towards Jesus and towards the heart the Church.

As the week has gone by, we have seen more and more bishops coming out to maintain the status quo. At this point, there are only a very few dioceses, mainly in South America (which tells you something on its own) who have totally followed the Pope's call for immediate abrogation and the infamous pro-gay English bishop Declan Lang. What a disgrace! 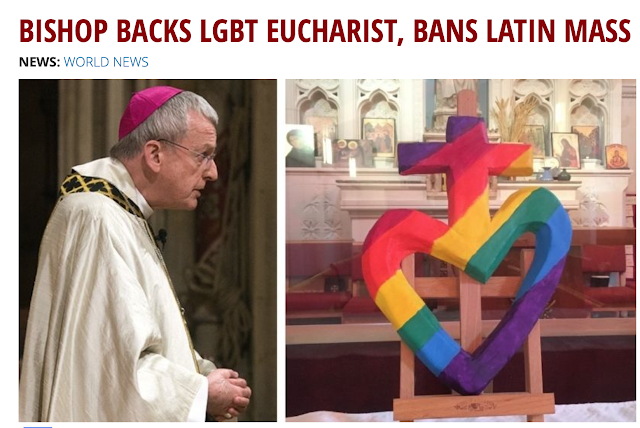 Honestly, if you want to fix the Church, you could do a lot worse than issuing a Motu Proprio against Lang and his lost ageing ilk!
This website is keeping track of what's going on.
With Cardinal Nichols joining the long list of bishops pretty much ignoring the Pope this week, the Holy Father's claims that this was asked for BY the bishops is starting to look really quite silly!

Regarding the #motuproprio #TraditionisCustodes, every priest must request and explain his circumstances and then decisions will be made. Read my message to find out what I actually said https://t.co/Noqe3C35oK

Cardinal Nichols is clearly trying to show that he is acting in accordance with the Holy Father's wishes however he clearly states in relation to the concerns raised by the Pope:

In my judgement, these concerns do not reflect the overall liturgical life of this diocese.

The Cardinal is well known not to like the old rite & famously rebuked Cardinal Sarah (when he was Prefect for the Congregation for Divine Worship) for calling for greater reverence by celebrating Mass ad orientem.

However, the Cardinal's present statement is pastoral and speaks to the Cardinal Archbishop's care for the priests & people he is responsible for who love the Vetus ordo.

The conclusion is that even bishops who don't like the old rite are not going to ban it (save a few who are, frankly, loonies). That starts to make Pope Francis look a bit silly doesn't it?

To compound that impression, Cardinal Raymond Burke has issued a statement today which lays bare the many holes in the Motu proprio. To be honest, it makes me sad, Cardinal Burke, Cardinal Müller & Cardinal Zen's statements all have the intellectual and pastoral dimensions one expects from a prince of the Church.

Please God help us and deliver us from this despotic ruler!