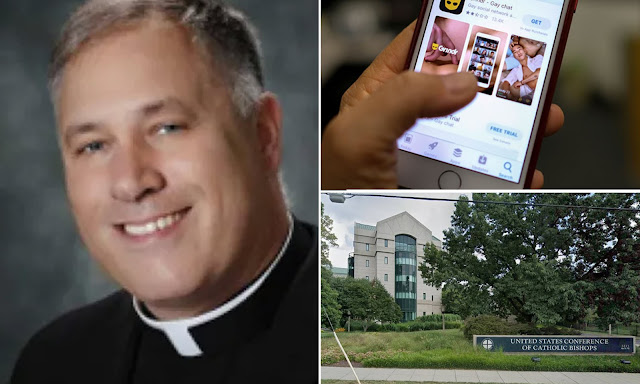 As a Father a husband a Catechist and a Catholic with a Pontifical degree in Catholic Theology I find great joy in my faith, living it, sharing it, learning about it. I find when you explain the gospel to people they are overjoyed, engaged and grateful. It is frustrating that Catholics are leaving the Church in extraordinary numbers. When I talk about this with fellow lay Catechists we always end up talking about the division and confusion among the bishops and clergy that leads to the promotion of often conflicting messages and petty in-fighting in terms of getting useful catechetical messages out there.

It's like they don't want to teach the faith!

Is sadly an oft repeated expression of frustration shared among us as we reflect on a programme shut down, a suggestion passed over or ignored by the powers that be or a controversial speaker spreading confusion in a parish or diocese.
For some time now, Michael Voris has been saying that the reason for this is that the men in charge have a different agenda to Christ and His Church. Voris has his detractors but it's really getting hard to argue that he is wrong. The evidence just keeps mounting!
And I am reliably informed that this story is about to get bigger. A LOT BIGGER!
I imagine a lot of bishops and clergy are feeling pretty nervous about now. And they should be.

Monsignor Jeffrey Burrill, former general secretary of the U.S. bishops’ conference who held a critical oversight role in the Catholic Church’s response to the recent spate of sexual abuse and misconduct scandals announced his resignation Tuesday, after The Pillar found evidence the priest engaged in serial sexual misconduct.

Burrill was elected general secretary of the U.S. bishops’ conference in November 2020. In that role, Burrill was effectively the highest-ranking American cleric who is not a bishop.

Analysis of app data signals correlated to Burrill’s mobile device shows the priest also visited gay bars and private residences while using a location-based hookup app in numerous cities from 2018 to 2020, even while traveling on assignment for the U.S. bishops’ conference.

According to commercially available records of app signal data obtained by The Pillar, a mobile device correlated to Burrill emitted app data signals from the location-based hookup app Grindr on a near-daily basis during parts of 2018, 2019, and 2020 — at both his USCCB office and his USCCB-owned residence, as well as during USCCB meetings and events in other cities.
What's been most shocking really is those who have attacked The Pillar for breaking this rather than focusing on Burrill's infidelity and immorality!

Catholic journalism, 2021: Spying on a priest (more accurately, using data from an unnamed source who spied on him) for breaking his promise of celibacy, then conflating homosexuality with pedophilia, under the guise of a journalistic "investigation..." https://t.co/oD54Z8X1uK

A 3,000-word story that on closer inspection turns out to be a 1,000-word story with a 2,000-word attempt at ethically justifying it. The relative proportions reveal the unease. https://t.co/wPDaTV37bm

The article was sordid. It was immoral. It was detraction.

The same journalists never apologized for their now-proven calumny against @JamesMartinSJ last year. They also apparently don't have any shame about not just exposing another man's sin, but utterly destroying his life.

So all the usual suspects as you would imagine! It's amazing how polarised the Church has become through the Francis Pontificate. You can easily predict what side any of these jokers will be on in any debate long before the actual event.
From the perspective of Catholic Moral Theology, you would have thought all these guys would focus on the incredible hypocrisy of Burrill's actions rather than attacking the journalists who uncovered his wrong doing?
As Caroline Farrow comments:

So @PillarCatholic bought user data from Grindr (perfectly legitimately) and have found that a senior Catholic priest was a user.

Interesting to see exactly who is having a meltdown over this...

As Chris Altieri wrote in Our Sunday Visitor:

The disturbing thing is not, however, any issue regarding scrutiny of Msgr. Burrill’s private life. Msgr. Burrill is a public figure, a man with offices of power and trust in the Church, and in the principal organ of Church leadership in the United States. The disturbing thing is that he carried on so much for so long. Was no one really the wiser?

There are real repercussions of such actions, as has been demonstrated by various stories surfacing on the internet over the last day or so:

A reminder of who the use by priests of location based hook-up apps like Grindr isn't private from - Your queer parishioners who might be equally struggling with their temptations.

Especially when, as a gay family member of my once noticed, you leave it on when celebrating Mass. https://t.co/sJncQvd57b

As I post regularly, here for example, it seems overwhelmingly obvious that the serious nature of the consistent clear teaching from the Church on matters of human sexuality makes it incumbent on the Church to be clear, reasoned and consistent. If it can't be that, it should damn well shut up!
The lack of clarity and charity from our leaders on these issues means that people are driven from the Church or given the green light to do the opposite of what the Catechism teaches by people like Fr James Martin. The result is either apostasy or a twisted existence with the contradiction.
If those in charge are all racing around having random anonymous gay sexual encounters, you're not going to get clarity or charity, are you?! In fact, Prof. Janet Smith, retired professor of Moral Theology points out that Burrill was a professor and formation director at the Pontifical North American College in Rome from 2009 until 2013. In a lawsuit by a former seminarian, accusations are being made that sexual predation has been common for a very long time at the NAC. Given the report from The Pillar, one has to ask if this is a new and important line of enquiry?
A friend reminded me of Fr. Hannon from St John Fisher parish in Southend-on-Sea who politely stopped accompanying her Grandad to Southend United games on a Saturday because he felt he was enjoying it too much. The Saintly Fr. Andrew Dorricott from Our Lady of Ransom Parish in Rayleigh who was an incredible inspiration to many priests and lay people. We still have priests I could point out in my diocese who are pious, humble, devout and faithful, but I worry that they are being increasingly crowded out by the weeds. One of the most ironic things about Catholicism is the way that the wrong 'uns tend to be very loud and prominent and the holy ones tend to be quiet and obedient. My point is Burrill's behaviour isn't "normal" or "inevitable", it is sinful and corrupt and needs to be expunged for the sake of his soul as much as for the sake of the Church.
It is very difficult not to conclude that this is why Catholics aren't being taught the faith. Let's face it, these men are sick. They shouldn’t be responsible for a flock, they can’t even take care of themselves.
Grindr homosexual agenda Monsignor Jeffrey Burrill USCCB