Bishop of Waterford - "Are you happy with the way society is going?" 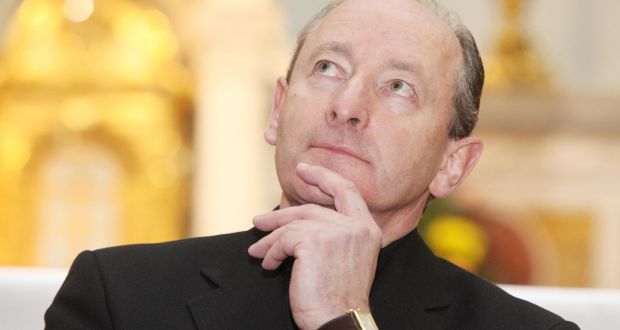 You might recall this post from 17th January "Things just get darker for Catholic Ireland" where I noted the lack of support given for the excellent Jason Evert from the establishment in Ireland after he had some talks cancelled. The Tablet reported that when they contacted the diocese on the issue they were told that the usually vocal bishop of Waterford & Lismore did not want to comment, apparently a spokesman for the Diocese told The Tablet:


“Bishop Cullinan does not wish to comment on this matter.”

Bishop Cullinan has made numerous spirited defences of the faith which I noted in the post and I wanted to follow up on that point, given that he has just released a New Year's Pastoral Letter which you can read in full for yourselves here.

In it, he seems to echo the title of that blog post and, to his credit, takes direct aim at that dark, modern Irish society telling the people of his diocese that the culture of 2020 is trying to ‘undo the truths’ of Christianity.


There is now a new culture which is trying to undo the truths of the entire Judeo-Christian system from the ground up by redefining the meaning of personhood, of marriage, of the family, and classifying people based on their sexual preference, raising individual rights over those of the unborn, and denigrating the sacredness of human life to its natural end 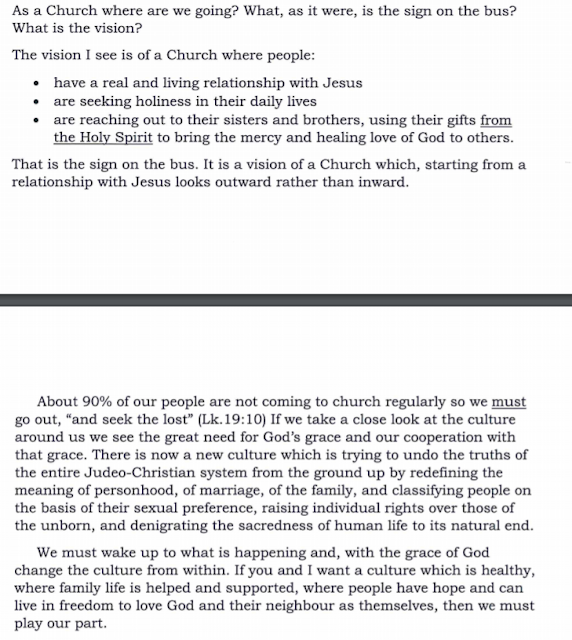 It is heartening to read a bishop recognising and challenging the dominant secular forces and asserting the importance and superiority of Christian culture (even if the letter is rather poorly written). If nothing else it shows a man who believes in the value of Christian culture and is asserting it over the disastrous and evil trends of the day. This is no more than a bishop should do of course, Bishops, with priests as co-workers, have as their first task to be authentic teachers of the apostolic faith "endowed with the authority of Christ." (CCC 888).

We can learn from the style and content of the letter that the bishop is employing some kind of modernist praxis to combat the erosion he obviously witnesses in his diocese. He mentions Alpha for example, which is interesting especially in Ireland where one would imagine the majority of people come from a Catholic culture, even if they have lost touch with the power and meaning of the kerygma. Alpha is aimed at the "unchurched", people who are interested but have no knowledge of what Christianity means. It also has no sacramental dimension as it was devised by a Protestant. A lot of knowledgeable catechists are critical of Alpha because it can be argued it de-Catholicises people. I do think at least elements of the programme are useful, but like any tool, it has to be used in the right way to achieve results.

Personally I think it is heartening to see a bishop speaking up in any way, so few do, and so I wish to applaud the bishop for the spirit and tone of his letter here. Sadly I do think it also illustrates some of the challenges that we face today.
I think this letter shows a bishop who is trying, who has formulated a plan, but is isolated and lacks support. It also shows that despite the fact we all face similar challenges, there is no effective or cohesive strategy for dealing with these challenges.

I would like to see statistics which demonstrate whether these strategies bear any fruit.

What do you think? Am I being too harsh or do you agree?