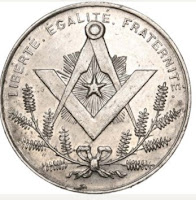 We've had the Vatican minting coins depicting a South American pagan goddess - and why they're are still running with this crap after all the push-back they've had on it I just have no idea! 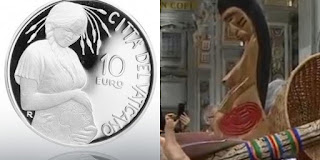 We've had the Vatican signing a secret deal with the Chinese which sold out the Church there allowing the Communist Party to appoint bishops: 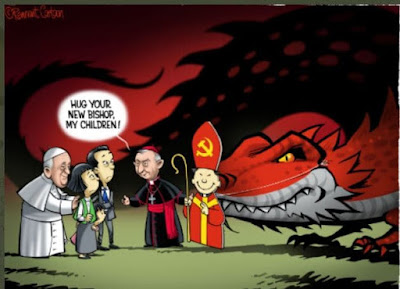 And to cap it all off, the Pope issues a statement which stands in direct contradiction to Church teaching.

Yesterday I had looked closely at the translation and was happy enough to accept that he had been misunderstood by the secular press. Notwithstanding that, and given the way the story took off like wild fire: the pope had changed Church teaching on gay marriage!!

It wouldn't, surely, be outlandish to expect the pope to clarify, given that he is being reported to have made a statement in direct contradiction to Church teaching. Indeed, in the CDF teaching document on this issue, in section 10, states that the position promoted by Pope Francis is "gravely immoral". Either the Pope is deliberately contradicting Church teaching or he is unaware what Church teaching is:

When legislation in favour of the recognition of homosexual unions is proposed for the first time in a legislative assembly, the Catholic law-maker has a moral duty to express his opposition clearly and publicly and to vote against it. To vote in favour of a law so harmful to the common good is gravely immoral.

When legislation in favour of the recognition of homosexual unions is already in force, the Catholic politician must oppose it in the ways that are possible for him and make his opposition known; it is his duty to witness to the truth. If it is not possible to repeal such a law completely, the Catholic politician, recalling the indications contained in the Encyclical Letter Evangelium vitae, “could licitly support proposals aimed at limiting the harm done by such a law and at lessening its negative consequences at the level of general opinion and public morality”, on condition that his “absolute personal opposition” to such laws was clear and well known and that the danger of scandal was avoided.(18) This does not mean that a more restrictive law in this area could be considered just or even acceptable; rather, it is a question of the legitimate and dutiful attempt to obtain at least the partial repeal of an unjust law when its total abrogation is not possible at the moment.

Since then, the plot has thickened considerably. Associated Press reported here:

"A Mexican television broadcaster confirmed Thursday that Pope Francis’ bombshell comments endorsing same-sex civil unions were made during a May 2019 interview that was never broadcast in its entirety.

Broadcaster Televisa said Thursday that the emphasis of its interview was on clergy sexual abuse and suggested it didn’t consider the comments on civil unions as newsworthy because Francis had previously indicated support for them.

The Vatican, which had the full interview in its archives, apparently allowed the comments to be aired now in the documentary “Francesco,” which premiered Wednesday.

"A source in Mexico familiar with the interview said the original raw footage the Vatican provided to Televisa from the interview did not include the quote on civil unions. The source spoke on condition of anonymity because he was not authorized to speak to the press.

"The Vatican refused to comment on whether it cut the remarks from its own broadcast or if the Mexican broadcaster that conducted the interview did. And it didn’t respond to questions about why it allowed the comments to be aired now in the documentary “Francesco,” which premiered Wednesday."

“There’s nothing new because it’s a part of that interview,” Spadaro told The Associated Press as he exited the premiere. “It seems strange that you don’t remember.”

But Televisa didn’t air those comments when it broadcast the interview — nor did the Vatican when it put out its recordings of it.

Of course the filmmaker Evgeny Afineevsky, is himself a homosexual.

Then the Vatican issued a clarification of sorts, in a way we should be familiar with now. Pope Francis lobs in a grenade, then employs some lackeys to flesh out his heresy.

In this instance, Archbishop Victor Manuel Fernandez, a long-time theological advisor to Pope Francis (read more about him here) confirmed that the Pope had meant what the world has interpreted him as saying.

So we have a pope who either doesn't know Catholic teaching, or is deliberately and vocally at odds with it.

I just got through watching this whole video from Matt Fradd and I really want to share it with you. In it he says what I think the majority of faithful Catholics are thinking and saying: we should care for everybody, everybody agrees with that!

The problem is that pope says things that are massively unhelpful and then doesn't clarify them!! Things that overturn Church teaching in a massive way. Does he not understand this or does he simply not care?

We are living in a world desperately in need of clarity, the clarity Jesus promises us. It is a sea of confusion and the pope & the Church's job is to clarify the truth - God's truth, His plan for us!

The way the world hears what the Pope said the other day is that Church teaching has changed. This undermines us all, especially those who have given their lives to promoting the Gospel! Church teaching condemns politicians who are promoting what Pope Francis has just said as "gravely immoral"!

This is how we all feel, but if we fail to address these issues, the people who are attracted to the faith will be lost.

The Church is going through a crisis because of bad papal and episcopal leadership!

We must stop pretending we're not going through a total crisis! What is the point of explaining what the Church teaches if the pope's just going to turn it on its' head without any explanation?